There have been only four listings and five sales in the first seven months of the 2013 n the Burlingables neighborhood of Burlingame. Usually by this time of the year there would have been around 10 to 15 listings and 10 sales. The result has been that buyers have competed aggressively for the few listings on the market. Every listed home has sold in less than two weeks and for at least 5% (and up to 20%) above the final asking price. Here are some highlights in this submarket as of July 2013: Note: while the chart below seems to show that median/average home prices have been mostly flat over the past twelve months, this is a random artifact. With so few sales, the average/median price changes are more based on what type of homes are selling rather than changes in the underlying value of homes. It happens to be that recently smaller homes have been selling so while underlying prices are rising (look at the average price per square foot), the total price is flat. Bottom line is that home prices are rising in Burlingables. 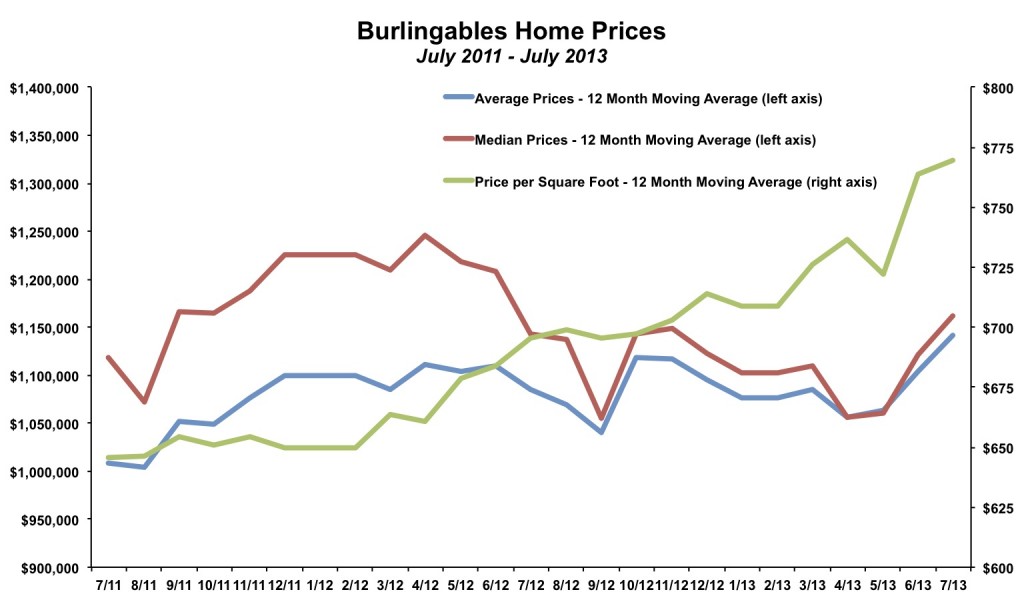 By The Numbers - Burlingables Real Estate for 2013

Thinking of buying or selling a home in Burlingables?

If you're interested in learning more about the Burlingables real estate market, considering selling your home in Burlingables, or thinking about moving to Burlingables, please drop me a line and I'd love to connect with you.