It is a sellers market in the Burlingame neighborhood of Mills Estates. Most homes are selling quickly, often with multiple offers above asking prices, and prices are rising.

In the last 12 months, prices are up around 10%. Mills Estates was one of the first neighborhoods to notice an increase in pricing, as prices started rising in 2011. In total, selling values in Mills Estates appear to have fully recovered to match the peak years of 2007/2008. 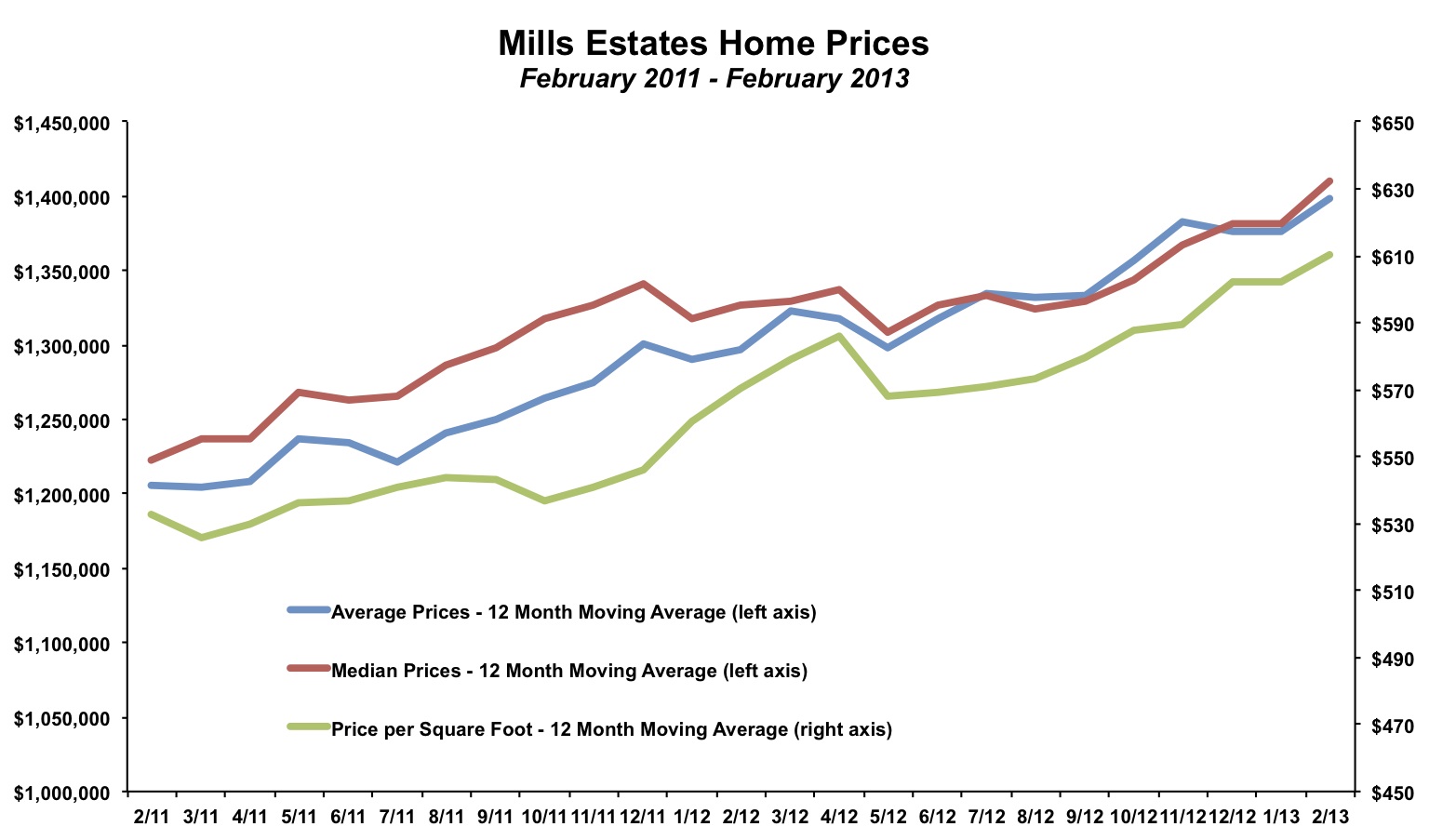 Mills Estates was a seller’s market in 2012. The average days on market was just 13 days and only two homes sold in more than 16 days.

By The Numbers - Mills Estates Real Estate for 2013

Thinking of buying or selling a home in Mills Estates?

If you're interested in learning more about the Mills Estates real estate market, considering selling your home in Mills Estates, or thinking about moving to Mills Estates, please drop me a line and I'd love to connect with you.