Prices are rising in the Easton Addition, one of the most prestigious neighborhoods in Burlingame. At the current pace, we could see average and median prices top $2 million for the year.

Here are some highlights for the Easton Addition real estate market as of August 2013:

It has been a sellers market in Easton Addition. The neighborhood typically has some of the highest prices in Burlingame. Usually at the higher price levels, there are fewer buyers, so homes stay on the market longer as sellers wait for buyers who are looking for the unique attributes in their listing. 2013 has really been a banner year for Easton Addition in terms of the speed in which sellers receive acceptable offers. The average sold home was on the market for 18 days, compared to 35 days last year and 54 days the year prior.

Not surprisingly, given how quickly they are selling, many (though not all) homes are selling for more than their asking price. The average sold home has gone 5% over asking, which equates to nearly $100,000 in this high-priced area. 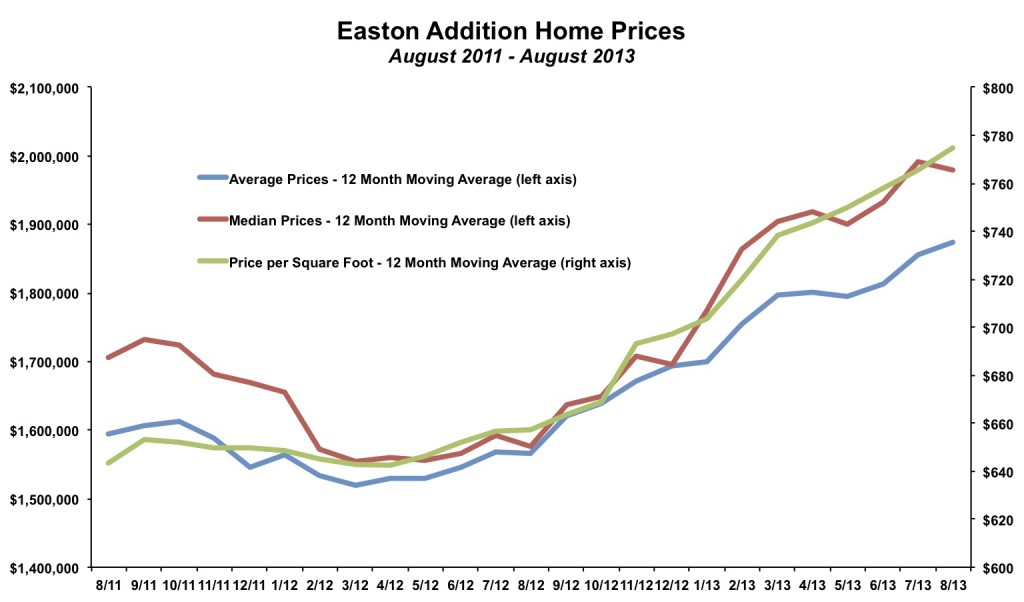 By The Numbers - Easton Addition Real Estate for 2013

Thinking of buying or selling a home in Easton Addition?