Here are some highlights for the Burlingame Village real estate market as of August 2013:

The chart below shows the 12-month moving average for the median price, average price and average price per square foot in Burlingame Village. With just five homes sold over the past 12 months, the chart is admittedly not that useful, but we like to show it for completeness.

It is tricky to track price trends in Burlingame Village. It is such a small neighborhood that changes in price levels are more determined by which homes were recently sold, than whether the price of those homes are rising/falling. We have seen nothing to suggest that prices are not rising like other areas of Burlingame. 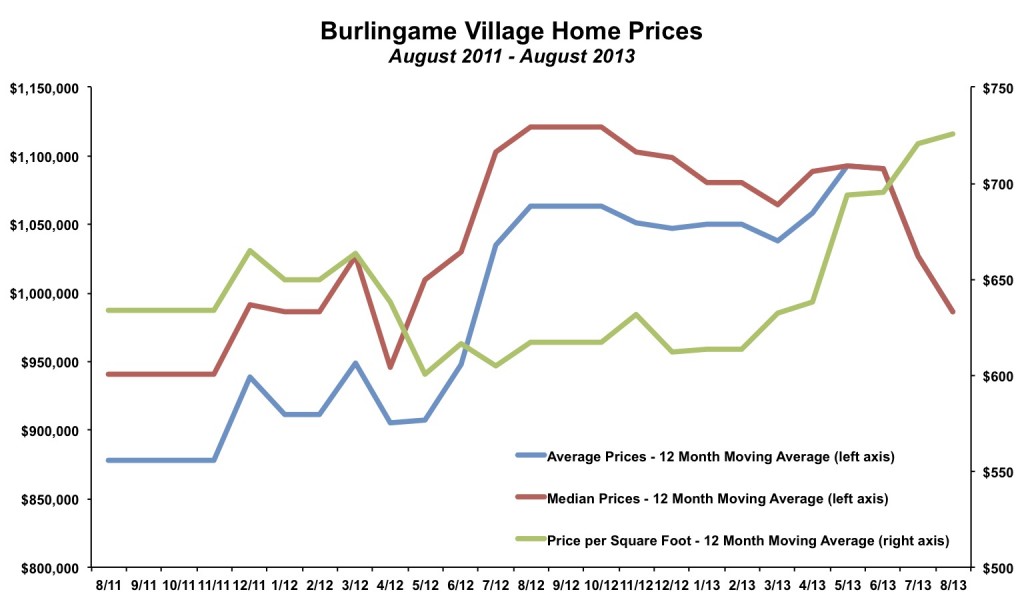 By The Numbers - Burlingame Village Real Estate for 2013