Buyers interested in purchasing a home in Burlingame Village need to continually be aware of what is coming on the market and be able to make a quick decision about whether to make an offer. Checking if there are any new listings on the weekend and then spending a few days deciding whether to make an offer will mean that you miss out on most homes in this area. It can help to work with a Realtor who know what homes are coming onto the market before they are officially listed.

It is tricky to track price trends in Burlingame Village. It is such a small neighborhood that changes in price levels are more determined by which homes were recently sold, than whether the price of those homes are rising/falling. However, there is nothing to suggest that prices are not rising like other areas of Burlingame. 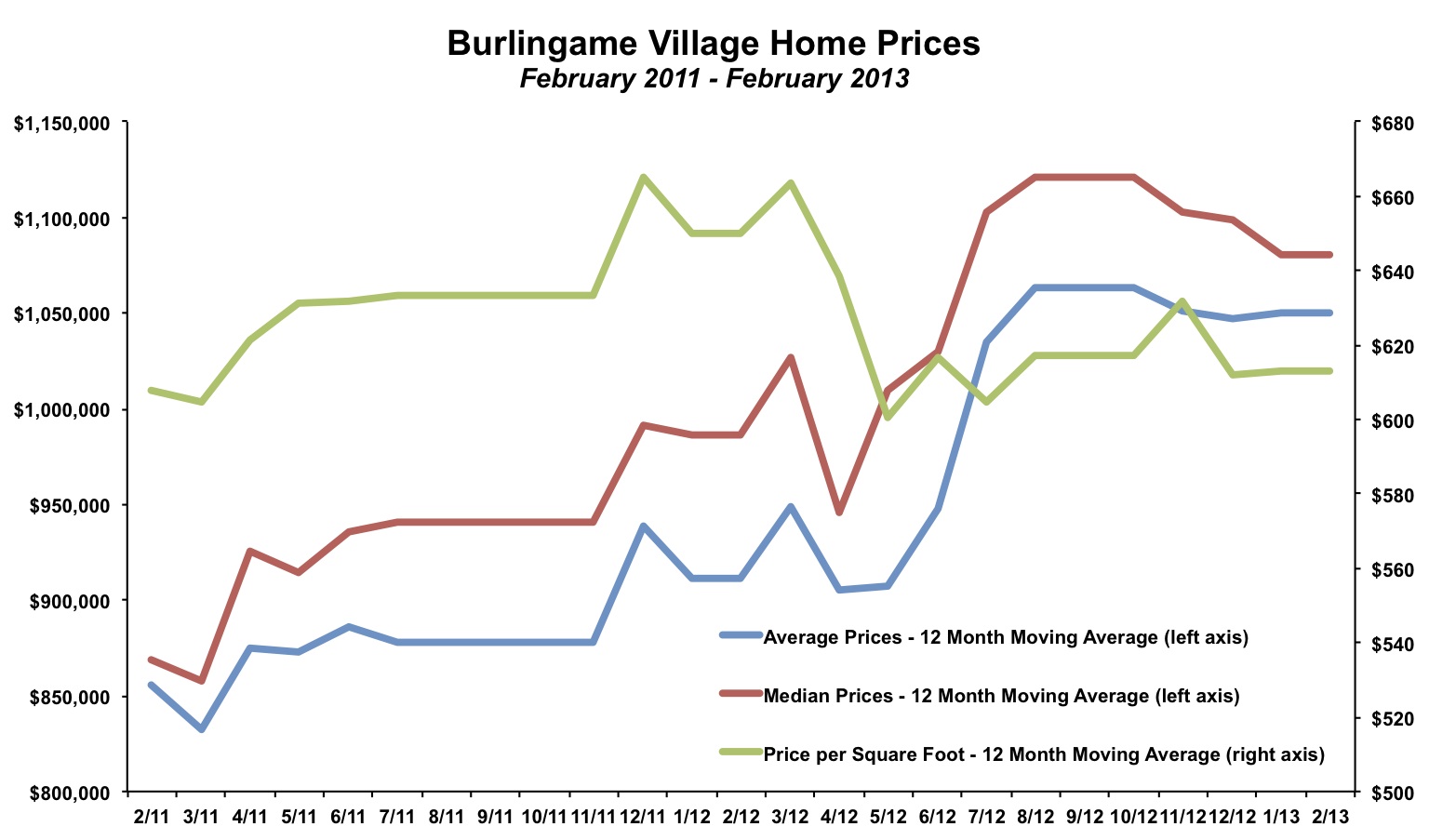 Sellers were very successful in the small neighborhood of Burlingame Village. There were nine homes listed and ten homes sold in 2012 (some listings remained from 2011). The year ended without any unsold homes still on the market. Most telling is that no listings were cancelled or expired. In previous years, about 40 percent of listings did not end up in a sale, either because sellers did not receive an acceptable offer or they changed their mind about selling. This is partially due to the neighborhood’s relative affordability attracting more first time buyers.

By The Numbers - Burlingame Village Real Estate for 2013