Like the rest of San Mateo County prices are at record levels in the Hillsborough real estate market. Highlights as of January 2014: Prices continue to rise in the exclusive town of Hillsborough. In the past 12 months, prices have increased by around 15%. Since reaching bottom a few years ago, prices have increased by approximately 25%. The data suggests that prices are at record levels and have fully erased the losses seen at the end of the last decade. 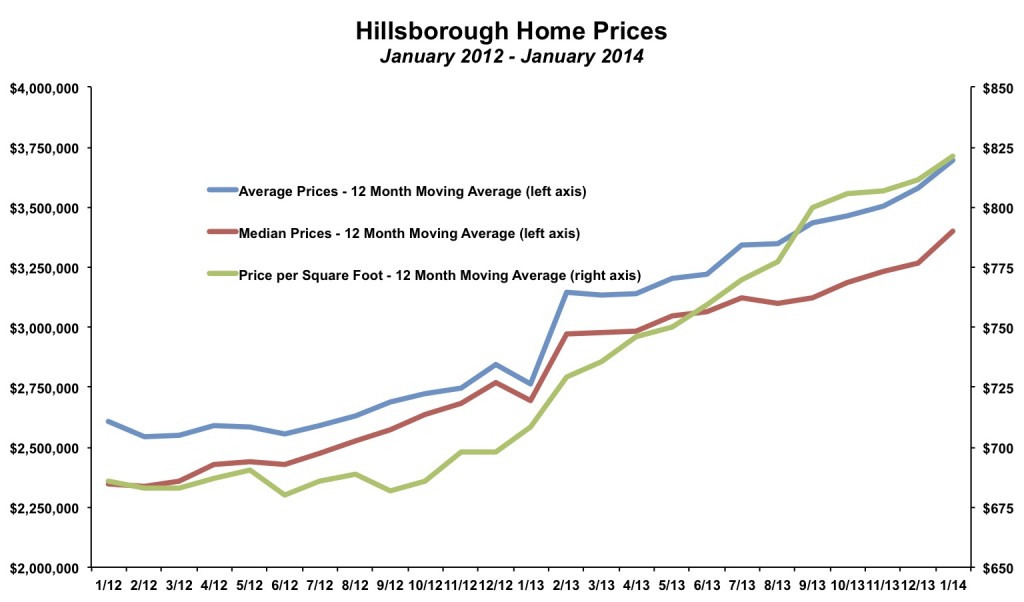 In January 2014, the ratio of sales price to list price was 97.8%. In most areas, a ratio below 100% is a sign that prices are falling as buyers offer less than asking prices (which are based on recent comps). However, the Hillsborough real estate market is somewhat unique. Perhaps due to the fact that the distinctive nature of most of the properties makes setting comps difficult, it is common for sellers to accept bids at or below asking, even in a market favoring sellers. 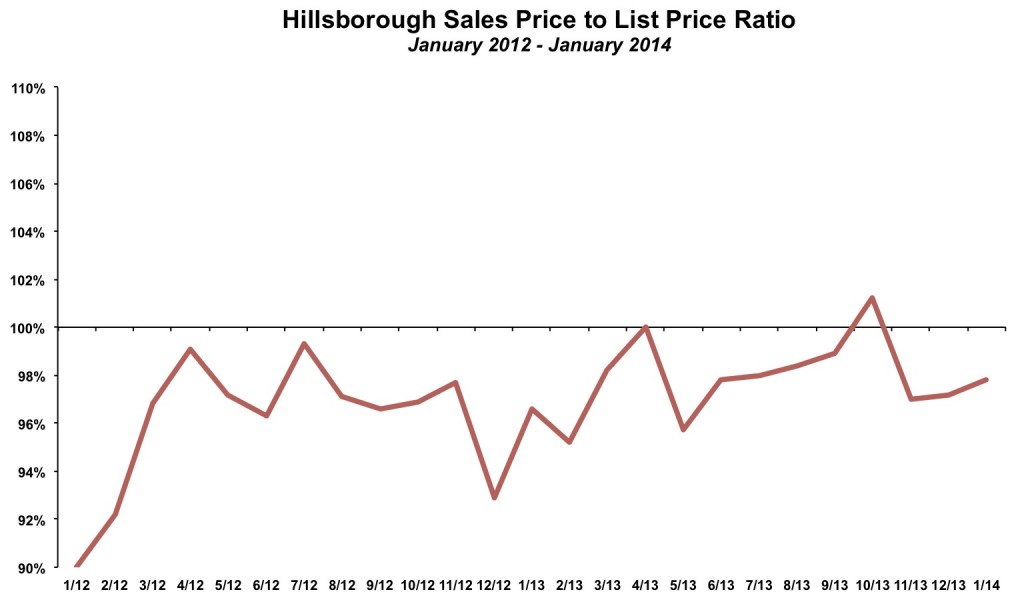 Few Closed Sales in November, but Lots of Accepted Offers

Home sales typically dip in the winter months in Hillsborough (and across the Peninsula), but the past few months have seen relatively strong sales activity. There were 30 homes sold in December and January. Typically, there are fewer than 20 sales in these two months. 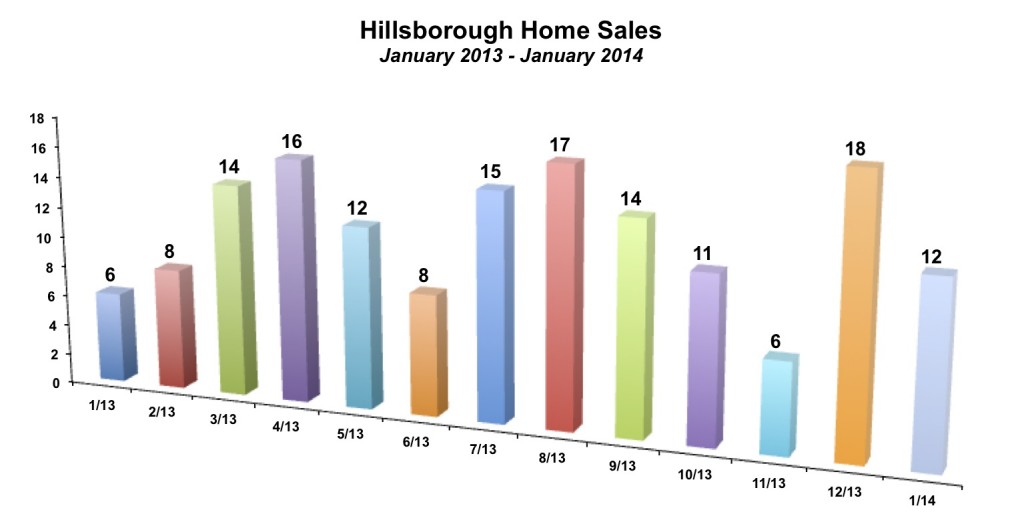 The inventory of unsold homes fell to 35 listings in January 2014 in Hillsborough. Inventory levels typically fall in the winter as fewer new listings come onto the market. Still, this is the lowest level of inventory since late 2007/early 2008, though the drop in inventory in Hillsborough has not been anywhere near as dramatic as other areas of the Peninsula. For example, inventory levels peaked in 2010 by averaging 76 homes. By 2013, they had declined to an average of 53 homes. That is a decline of about 30%. In neighboring Burlingame, average inventory levels peaked in 2009 at 61 homes. By 2013, they had decline to an average of 17 homes, a decline of greater than 70%. 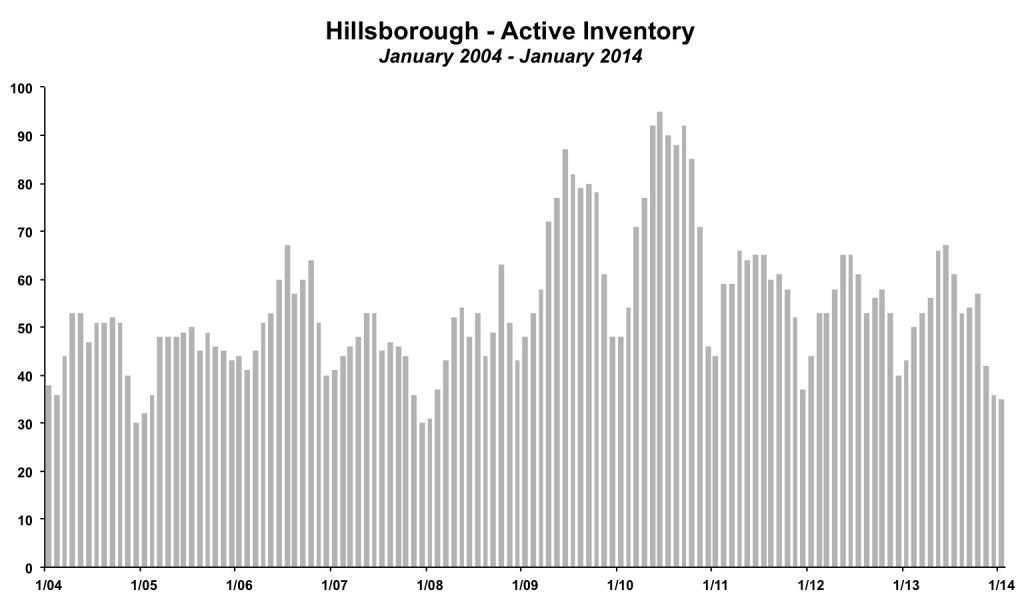