Similar to other areas of the Peninsula, prices have risen and continue to increase in the Hillsborough real estate market. Highlights as of July 2013: Prices have now clearly been rising since the end of 2012 in Hillsborough, he north peninsula's most exclusive town. Prices have increased by approximately 15% in the past 12 months and by most measures are at or above the previous peak selling values seen in late 2007/early 2008. 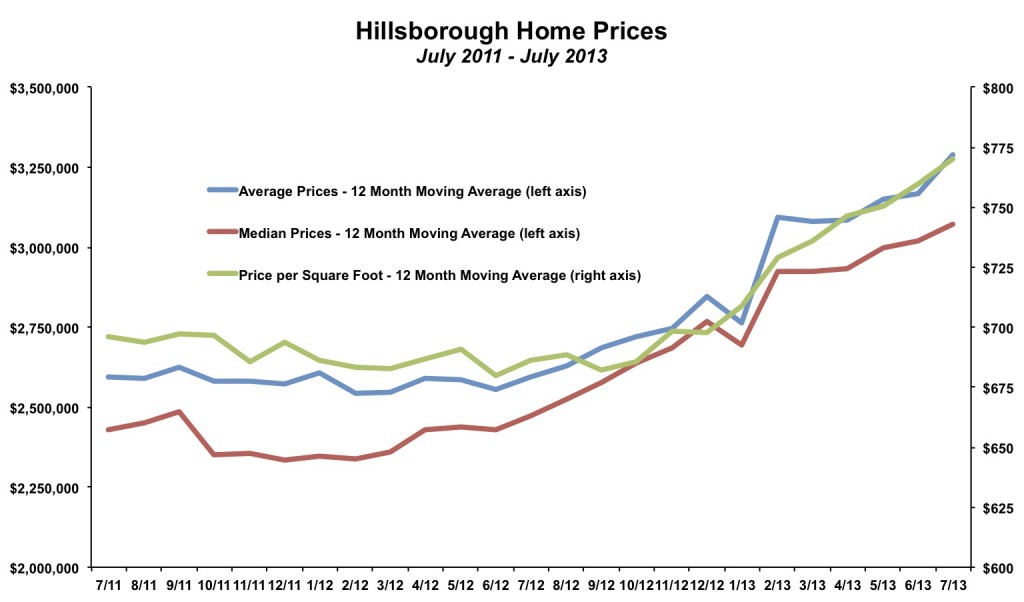 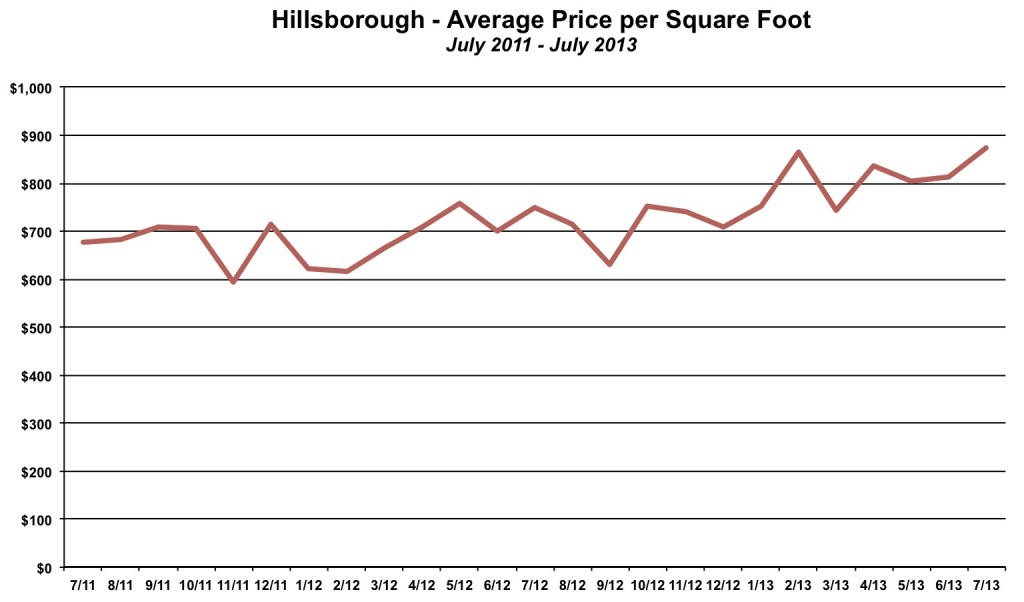 Hillsborough Inventory Levels Out of Sync with Neighboring Areas

Across San Mateo County, inventory levels in the real estate market are at historic lows. At the end of July 2013, there were around 625 unsold single family homes on the market. In the last ten years July inventory has never been below 800, and is regularly well above 1,000.

In Hillsborough, there were 62 unsold homes on the market at the end of July 2013. In the last ten years, July inventory has ranged between 47 and 90. Last July, inventory stood at 61 homes.

One would expect Burlingame to have lower inventory today than Hillsborough given their recent past history. However, the difference is striking. In Burlingame, inventory fell from 77 to just 16 homes as of July 2013. Since the end of 2012 it has been hitting record monthly lows. In Hillsborough, inventory did fall, but as one can see, it is not at record lows and in fact is a little above the average seen in the past ten years.

There are a few take-aways: (1) Buyers looking at the higher end of Burlingame should consider broadening their scope to include Hillsborough if they have not already. (2) Hillsborough may be at a greater risk of soft pricing in the near future given its higher relative inventory. 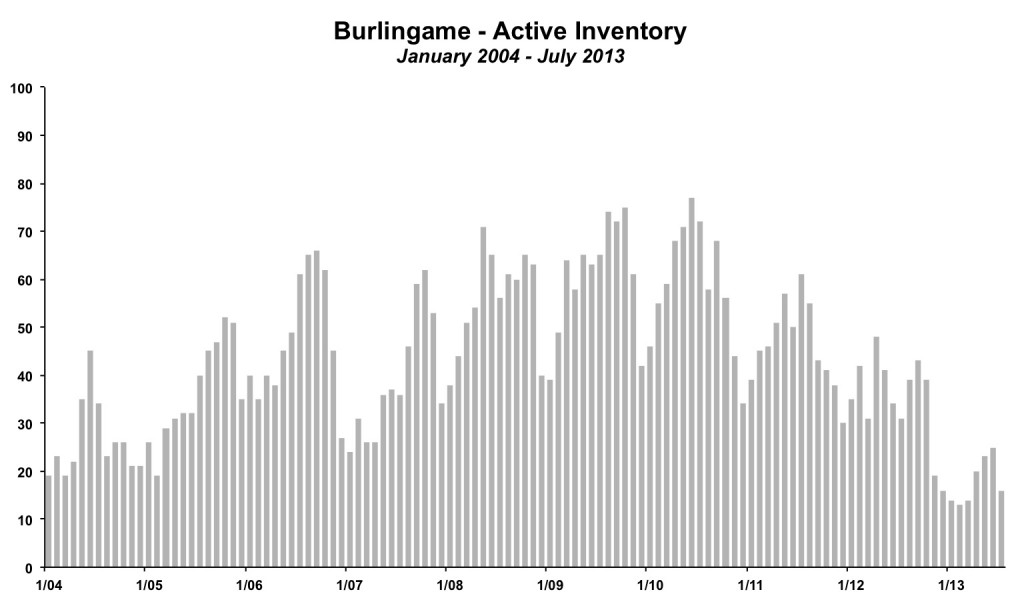 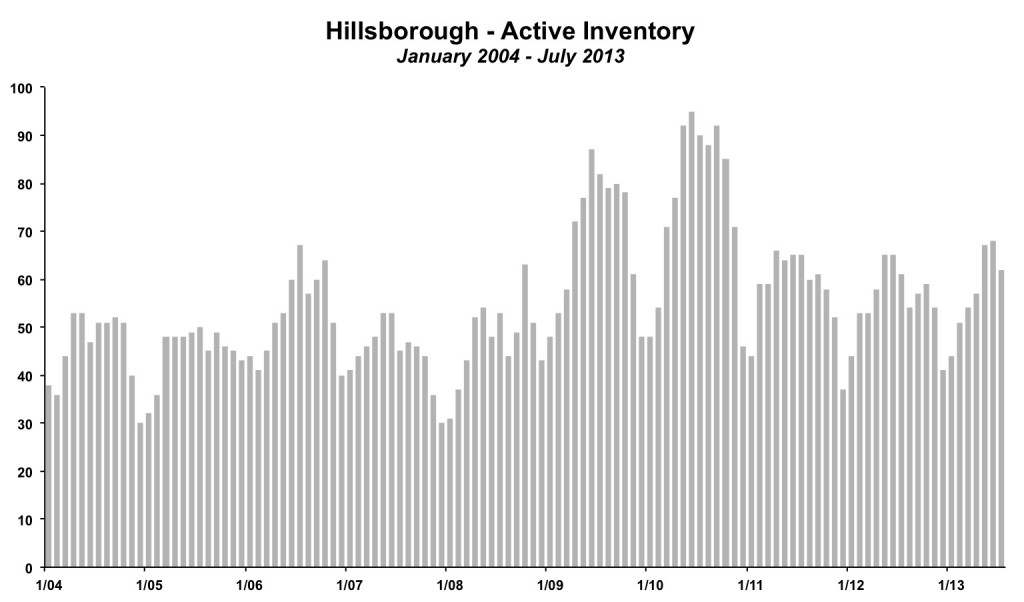 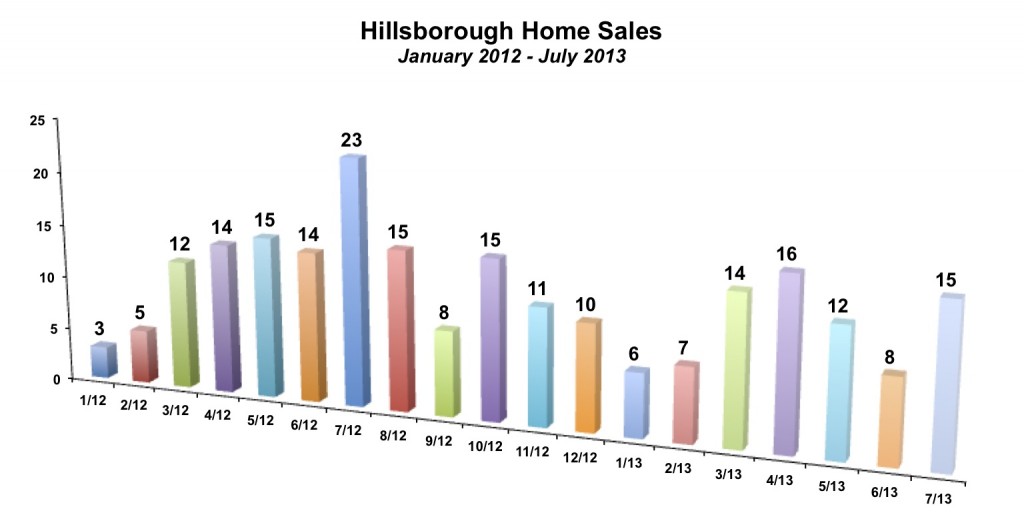