Buyers Continue to Outbid Each Other

It continues to be a sellers market as most listings attract bids from multiple buyers in the San Mateo real estate market. Homes are selling for well above the asking price. Here are the highlights for July 2013. Prices have been rising since the middle of 2012. They have increased by 15% in the past 12 months. Current selling values are within 10% of their previous peak in 2007. 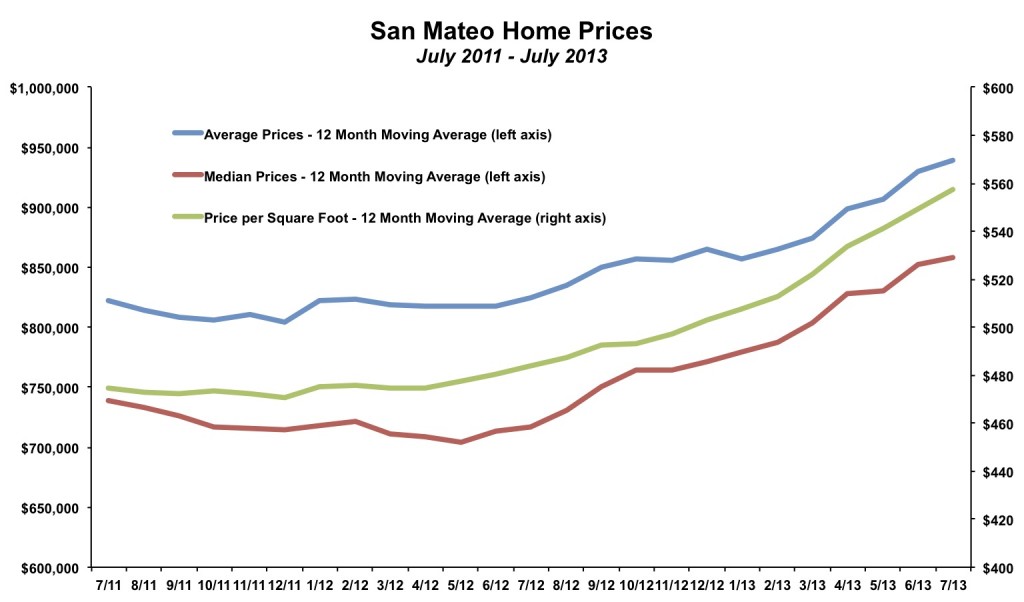 In the current boom, the ratio of the average sales price to list price has been above 100% for 18 straight months as competition has been fierce for many homes, with demand often exceeding our historically low inventory of homes. The ratio was 107.6% in July 2013, the sixth straight month above 105%. The market has not seen a streak like this since 2005. In the prior month, June 2013 it was 109%, the highest in at least the past ten years in San Mateo. A ratio above 100% means that the average sale is for more than the final list price (though even in this market some homes still sell for less than their asking price, as some sellers price too far ahead of the market). 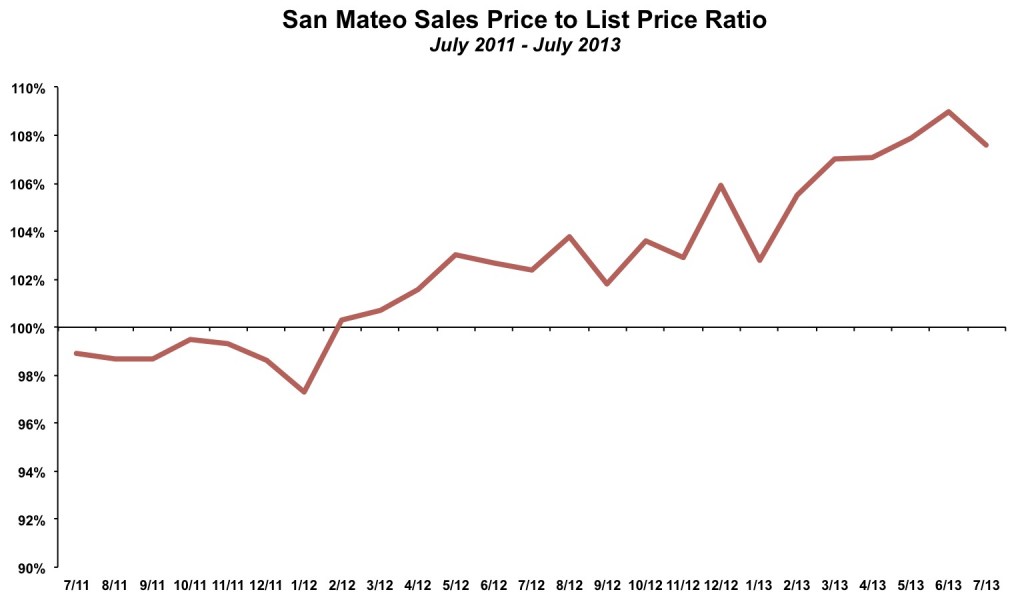 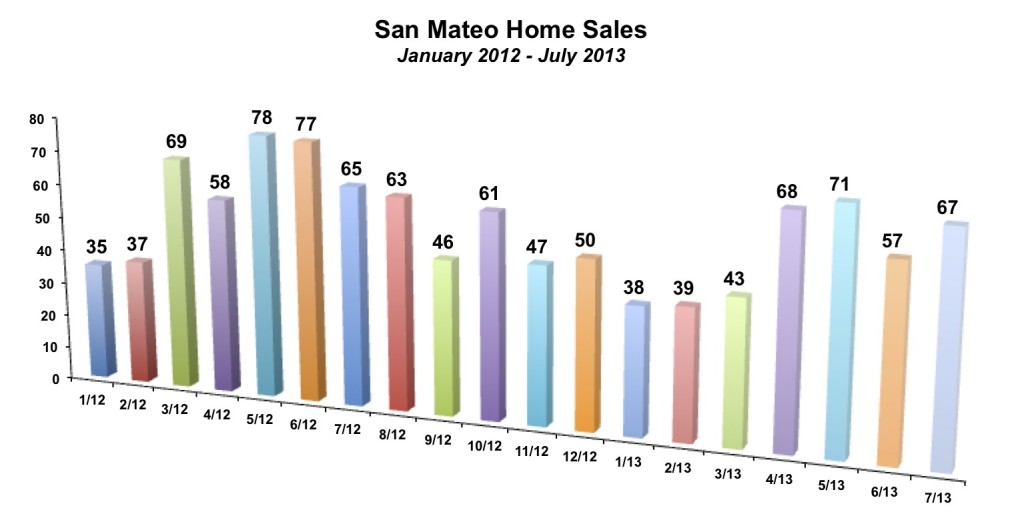 Sales are down due to constrained levels of inventory, as buyer demand is very strong (as evidenced by rising prices). Existing inventory of unsold home started the year at 38 homes and has stayed approximately flat during the year. In 2012, inventory in January was 103 homes, so buyers in the prior year started with an extra 65 homes from which to choose. In addition to less existing inventory, there have been fewer new listings replenishing the pool. The number of newly listed homes is down by nearly 15% in the first seven months of the year.

The reduction in inventory is part of a multi-year trend. In the past 36 months, inventory in San Mateo has declined from some of the highest levels on record to some of the lowest. The simple concepts of supply and demand suggest that until inventory begins to increase we should expect to see a continuation of the recent price increases (assuming there are no big changes in the external environment, such as a sustained jump in mortgage rates or a weakened economy). 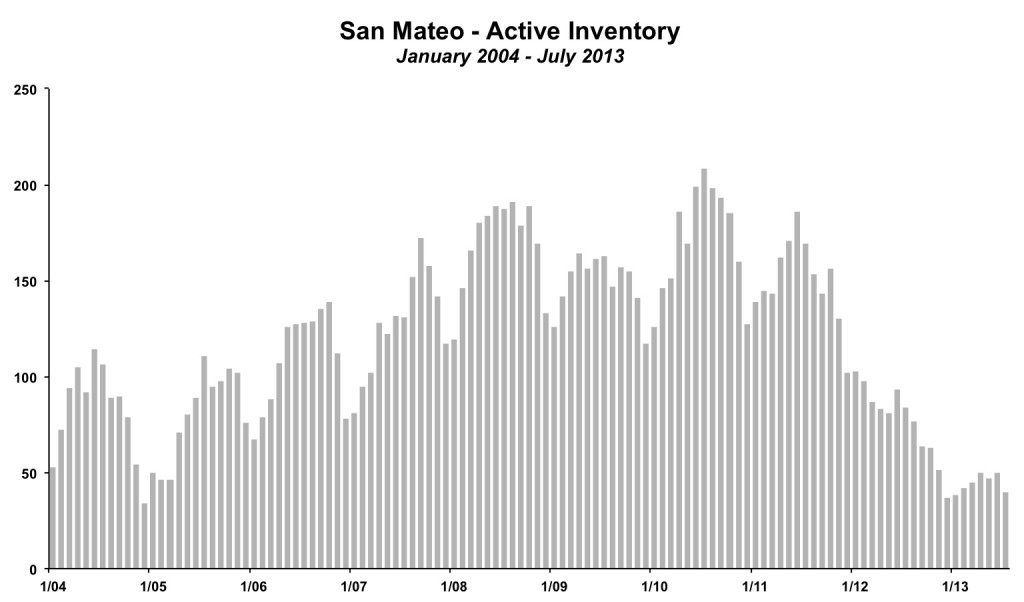