For the 15th straight month, the average ratio of selling price to list price in the San Mateo real estate market was over 100%, echoing the frenzy of the 2004 to 2006 timeframe. The ratio was 107.2% in March 2013, the highest since April 2005. A ratio above 100% means that the average sale is for more than the final list price (though even in this market many homes still sell for less than their asking price, as some sellers price too far ahead of the market).

The sales price to list price ratio continues to rise. Impressively, this is happening even though sellers have increased their asking prices to reflect recent price increases. Buyers are bidding well above prices that were set based on recent comparables. 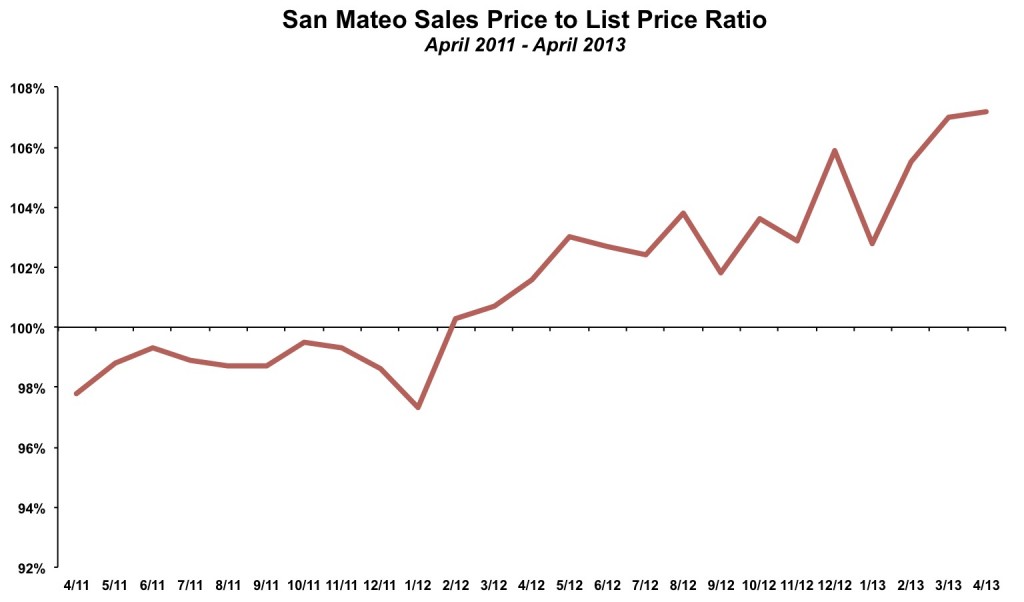 Not surprisingly, given bidding frenzies, the data shows prices are rising in the San Mateo real estate market.The 12 months moving average price per square foot, median selling value and average selling prices are all at their highest since early 2009. Prices have increased by more than 10% in the past year. 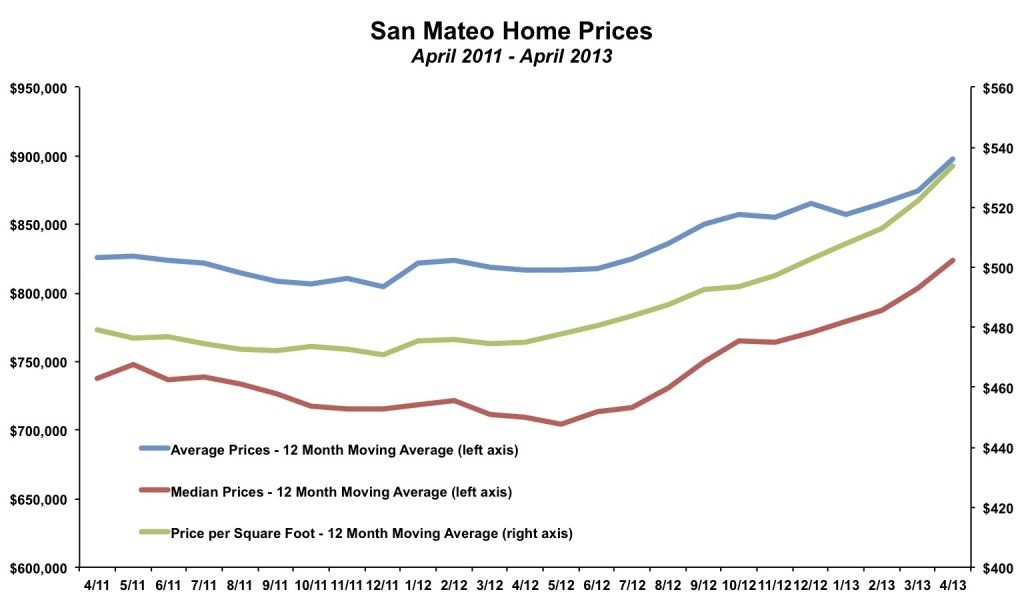 Even though there is very healthy buyer demand, the number of sales in 2013 may fall short of 2012 due to constrained levels of inventory. At the end of April 2013, there were approximately 50 unsold homes on the market in San Mateo as compared to 83 unsold homes in April 2012 and 162 unsold homes in April 2011. Inventory has increased slightly to start the year, as is part of the customary seasonal pattern. However, the increase has been more muted than in previous "normal" years. 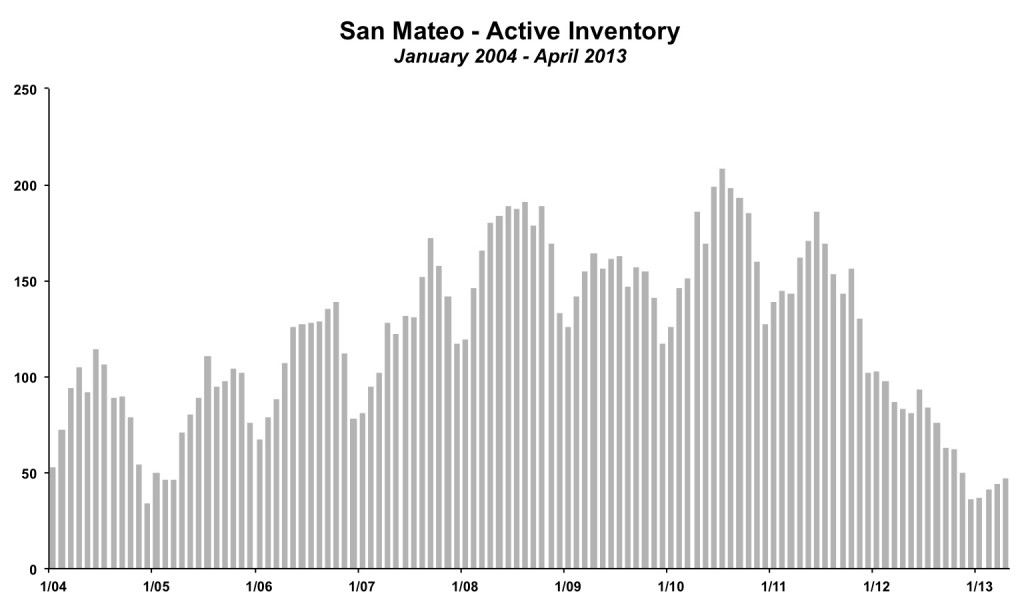