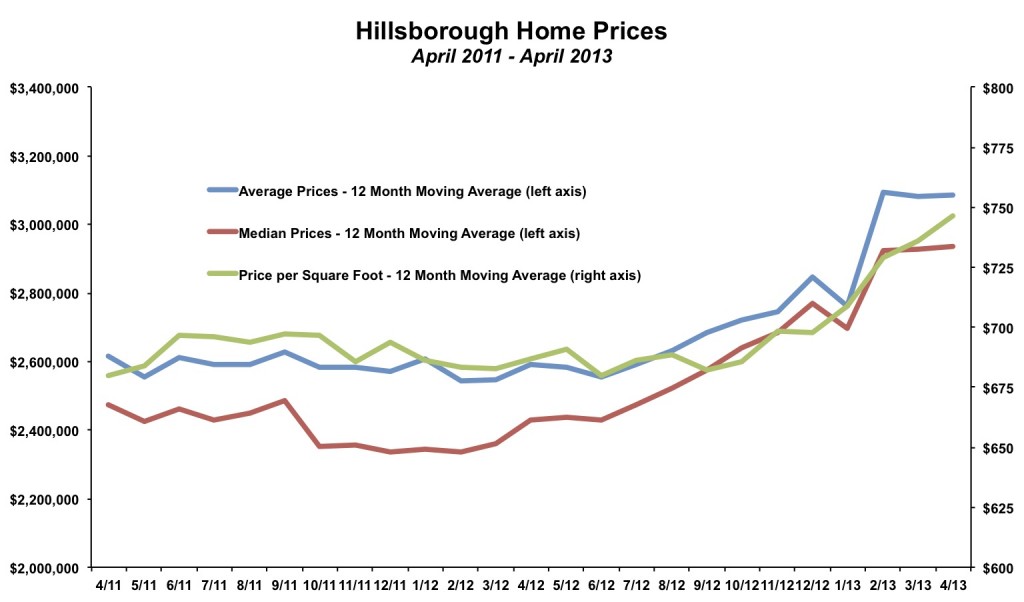 The Hillsborough area does not typically see as many homes selling above asking prices than neighboring Burlingame. Even during the height of the previous real estate boom in the middle of the last decade, the ratio of sales prices to list prices never was above 100% for an extended time. In nearby areas, the ratio regularly exceeded 105% as buyers bid up properties. In the current market upswing, we are seeing that same 'frenzy' in other markets as buyers bid 5%, 10% or more above asking prices. In Hillsborough, the numbers do not look as impressive at face value, but given the difference in the market types, we are starting to see the same story of buyers competing for the same properties. The average sold home in April 2013 went for exactly the final list price, a ratio of 100%. For the year, the ratio is averaging 98.4%. If this holds it would be the highest since it was 98.9% in 2005!

While many areas of San Mateo County may see a dip in sales due to historically low inventory levels, the Hillsborough real estate market has closer to an average level of listings. At the end of April 2013, there were 58 homes on the market in Hillsborough, the same as in April 2012. In comparison, Burlingame had 20 homes left on the market at the end of April 2013, less than half as many as in April 2012.

Because there is more inventory, buyers in Hillsborough may have the opportunity to bid more cautiously, especially if there is more than one property on the market that matches their needs. However, with prices rising and a strong local economy, buyers will still need to make a competitive offer. Well priced homes that appeal to a broad set of buyers have a strong likelihood of selling at or above the asking price. 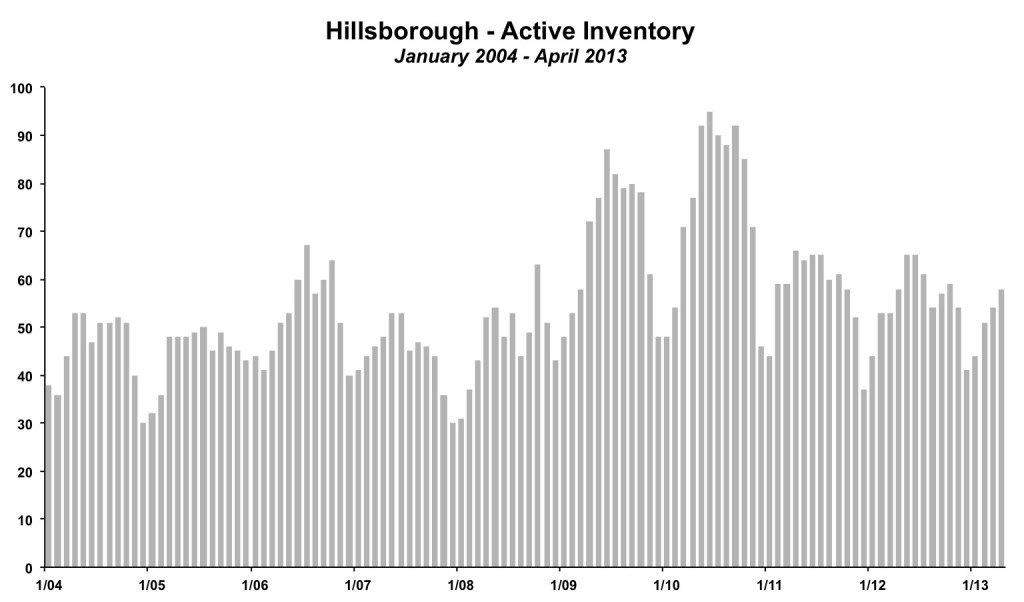