2013 Proving to Be Record Setting Year 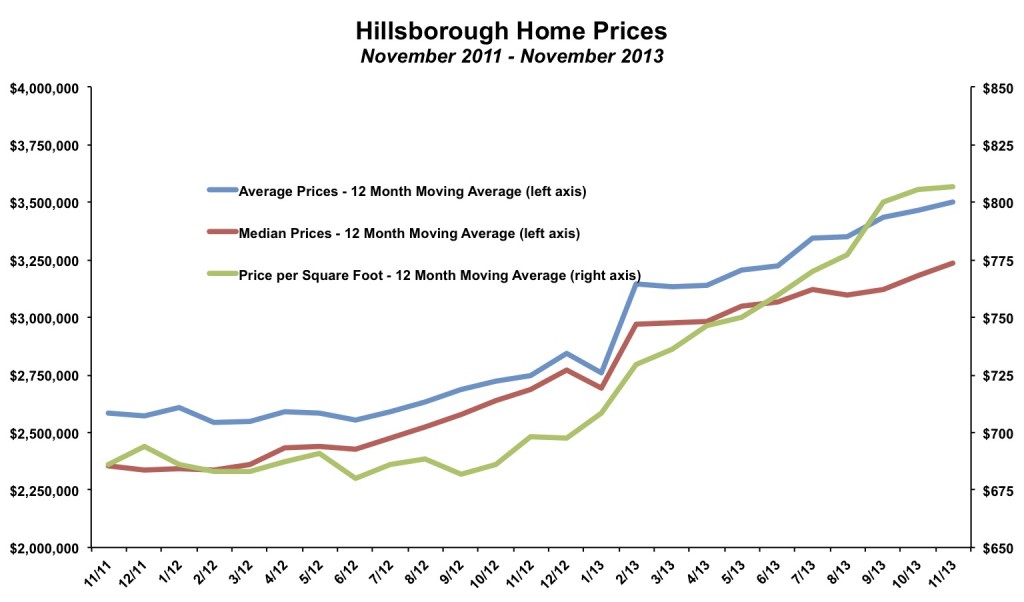 October 2013 proved to be an outlier, as the ratio of sales price to list price fell below 100% in Hillsborough in November. This is typical for Hillsborough, where even in a market favoring sellers with rising prices, homes on average sell for less than the list price. 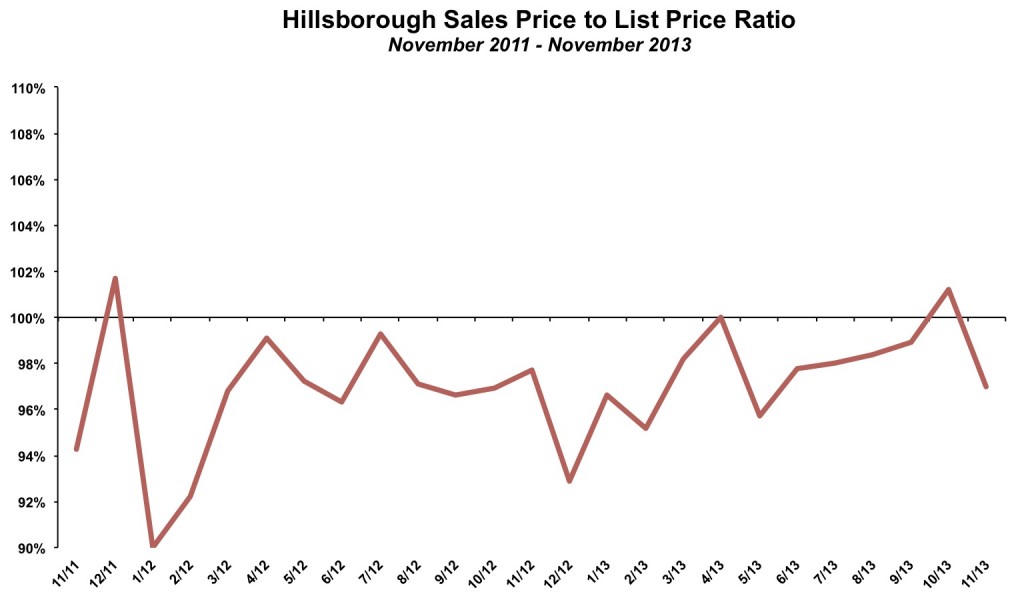 Few Closed Sales in November, but Lots of Accepted Offers

November 2013 was a curious month for sales activity in Hillsborough. There were six homes that sold, which refers to instances where the transaction was completed and the escrow period closed. Sales activity typically declines during the end of the year, so it was not too out of the ordinary to see only six homes sell, though it was on the low end of normal patterns. Interestingly, in addition to the six homes that closed escrow, there were 23 homes where sellers accepted an offer! This is tied for the highest amount of accepted offers (with June 2012) in any month since at least January 2004. If you look at the data long enough these oddities do happen, but it was interesting that in the same month the measures of sales activity were both so low and so high. For the year, there have been 127 homes sold, just behind last years pace of 135 homes sold through November. Depending on how many of the accepted offers in November close, sales activity in 2013 could eclipse 2012 and be the highest since 2004 or 2005. 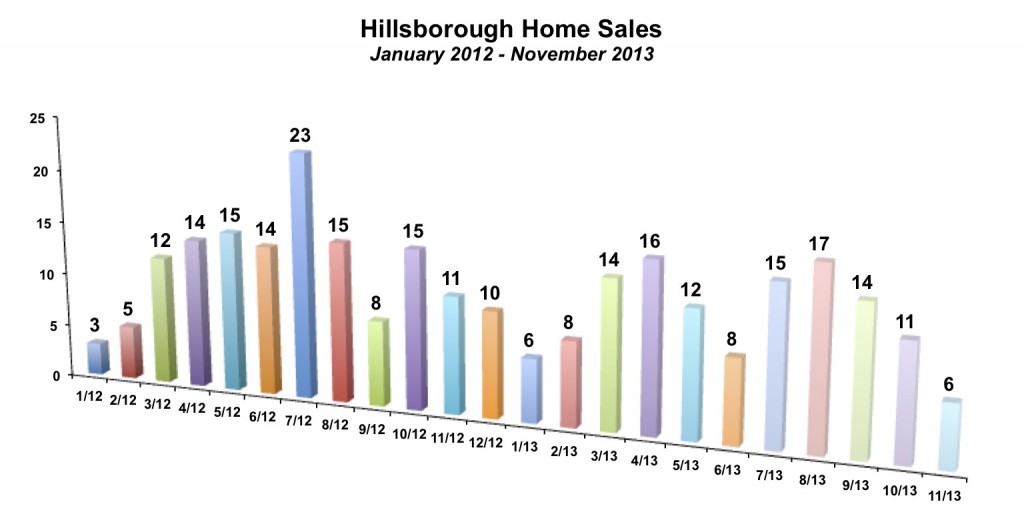 Due to the combination of a surge in accepted offers and the normal seasonal drought of new listings, inventory levels declined to their lowest since December 2011. There were just 39 homes remaining for sale on the market in Hillsborough at the end of November 2013. Inventory almost always falls from November to December so the market should tighten even further as the year ends. As a reminder, across San Mateo County, inventory levels in the real estate market are at historic lows. Hillsborough has actually been an outlier with inventory remaining closer to recent average levels. 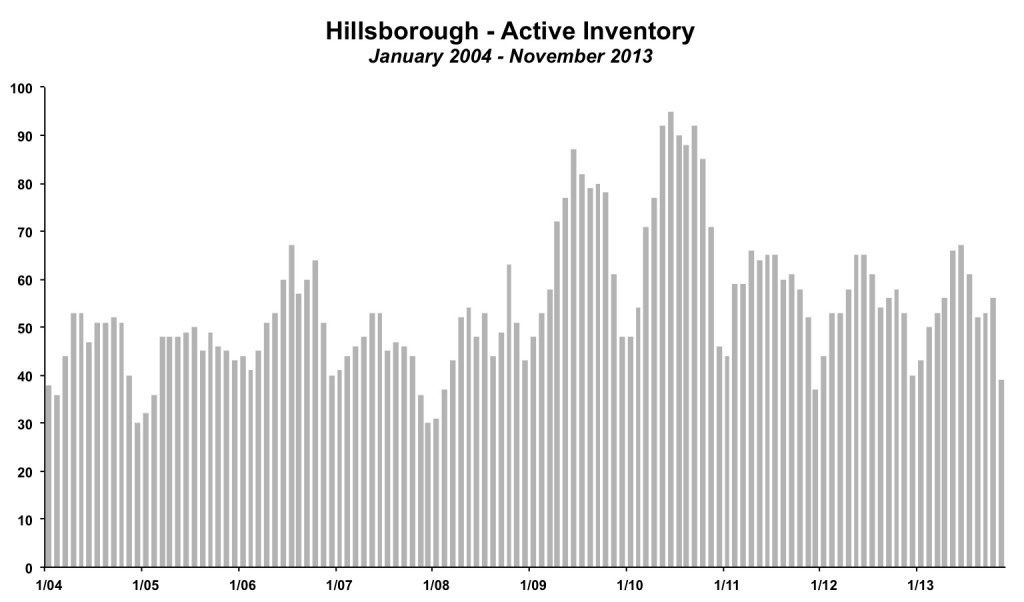