Prices continue to rise in the San Carlos real estate market as buyers compete against one another. Here are the highlights as of April 2014 (as compared to data since early 2004): The chart below shows the 12 month moving average median price price, average price and average price per square foot in San Carlos. The moving average helps to smooth out random month-to-month fluctuations to give a clearer view of trends. The trend is clear. Prices are rising. They have increased by about 15% over the past 12 months. Since reaching bottom in early 2012, prices have increased by approximately 40%.

Prices have risen so fast that the 12 month smoothed view understates the current level. The average price per square feet for the past 12 months is indeed about $750. However, it was actually below $750 each month in 2013. So far in 2014, it has been above $780 each month and has averaged just over $800. Similarly, average prices, which show up at around $1.325 million on a 12 month smoothed view have been above $1.4 million for most of 2014. 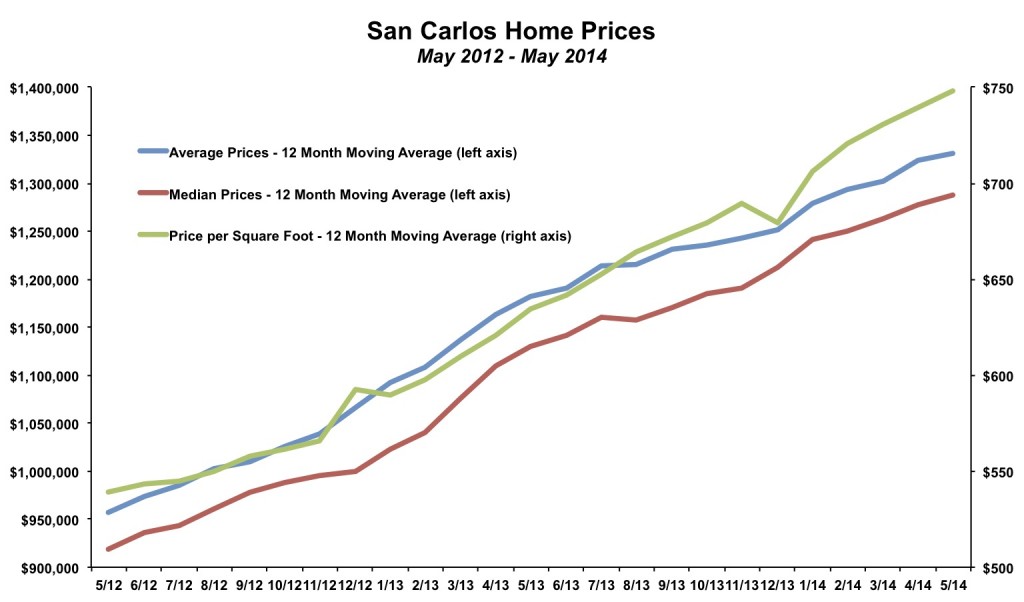 As measured by the ratio of sales price to list price, San Carlos continues to see some of the most intense bidding wars anywhere in the mid-Peninsula. The ratio was nearly 113% in May 2014. This is an incredible figure. In a market where the average price is above $1.4 million it means that the average bid above asking is approximately $200,000. Buyers continue to vastly outnumber sellers. Until the ratio of sales price to list price reverts back to 100%, it is a signal that prices will continue to rise. 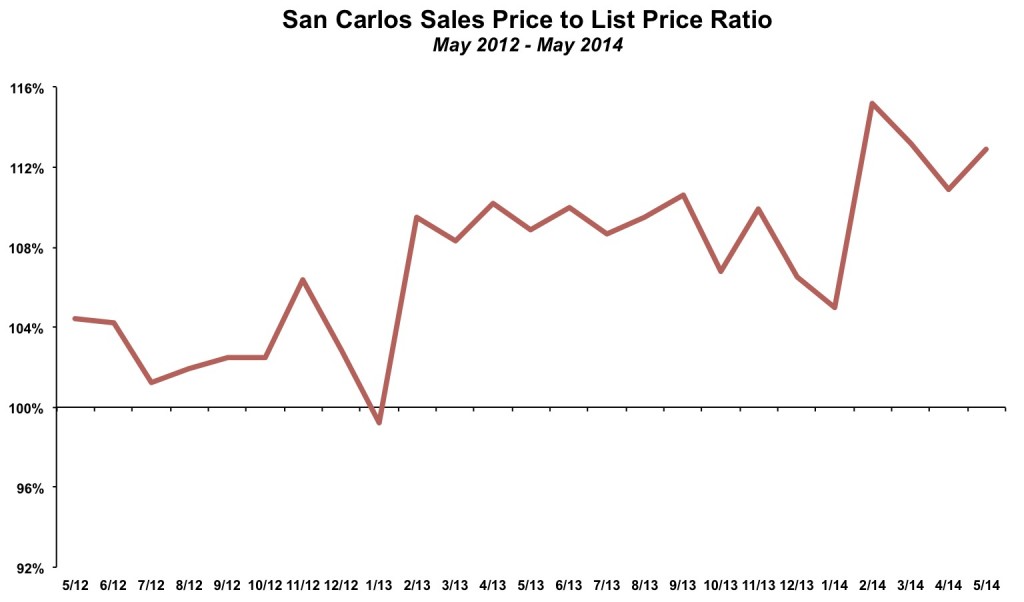 Sales Rise in May In Line with Seasonal Patterns 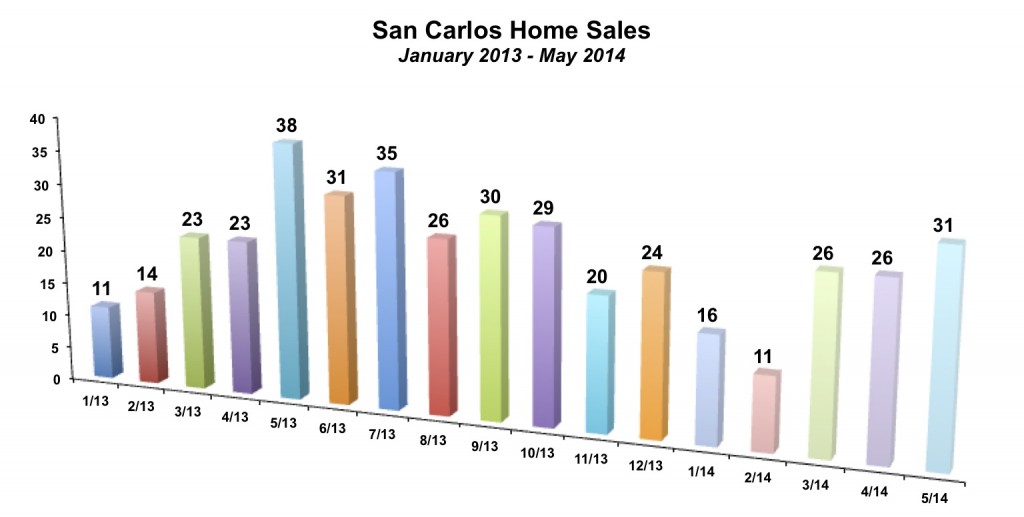 Sales have been held back by a lack of inventory that has also contributed to a rise in prices. In May 2014, we saw a jump in inventory to 24 unsold homes at the end of the month. This was driven by a spike in new listings. There were 47 newly listed homes in May 2014 in San Carlos. While not unheard of, it was the most homes brought onto the market in a single month since 56 homes were listed in April 2011.

Despite the uptick, inventory still remains well below historical averages. The market remains very tight for buyers and they are responding by acting quickly when a suitable listing comes onto the market. In May 2014, the average sold home was for-sale for just 9 days. There were many homes sold in less than a week.

What this means for serious buyers is that this is not the type of market where you can casually check out open houses on just the weekends where you happen to be free. Winning buyers will have financing lined up well in advance (or paying all cash), be willing to remove most/all contingencies, have a clear idea about how much they are willing to spend, and be able to make quick decisions. 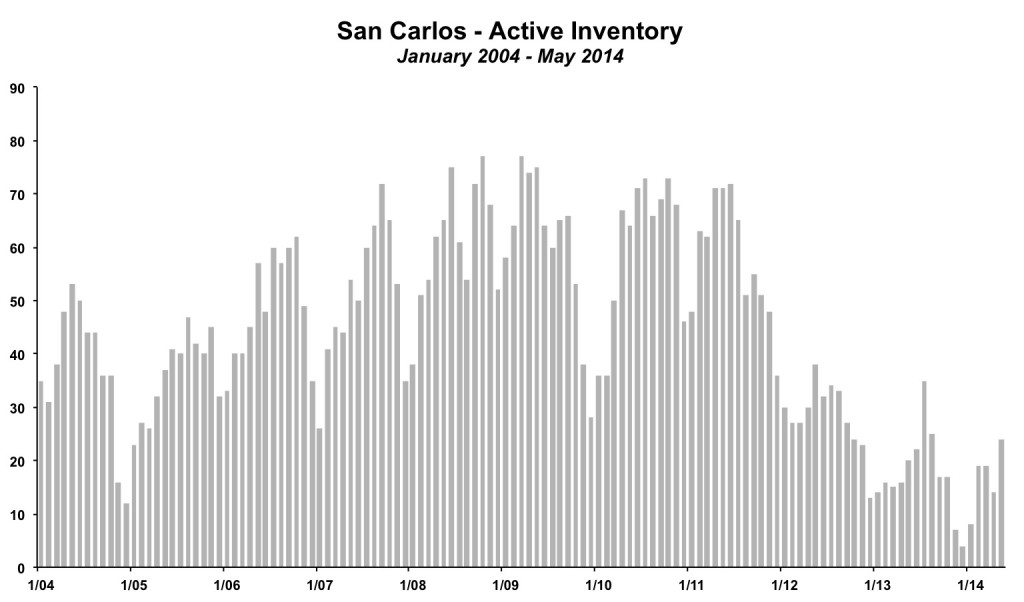