Inventory levels fell to record lows in San Mateo in November. Prices continued their upward ascent. Here are the highlights for November 2013. The chart below shows 12 month moving averages to smooth out month-to-month fluctuations. Prices have increased by around 20% in the past year, and 25% since early 2012. While the 12-month view is useful for hiding monthly outliers, in a rapidly changing environment it can understate recent price movements. For example, the chart shows the average price per square foot at just under $600. Indeed, that is the average for the past 12 months. However, the current market is clearly at a higher level. In each of the past six months, the average price per square foot has been above $620, including a value of $636 in November 2013. 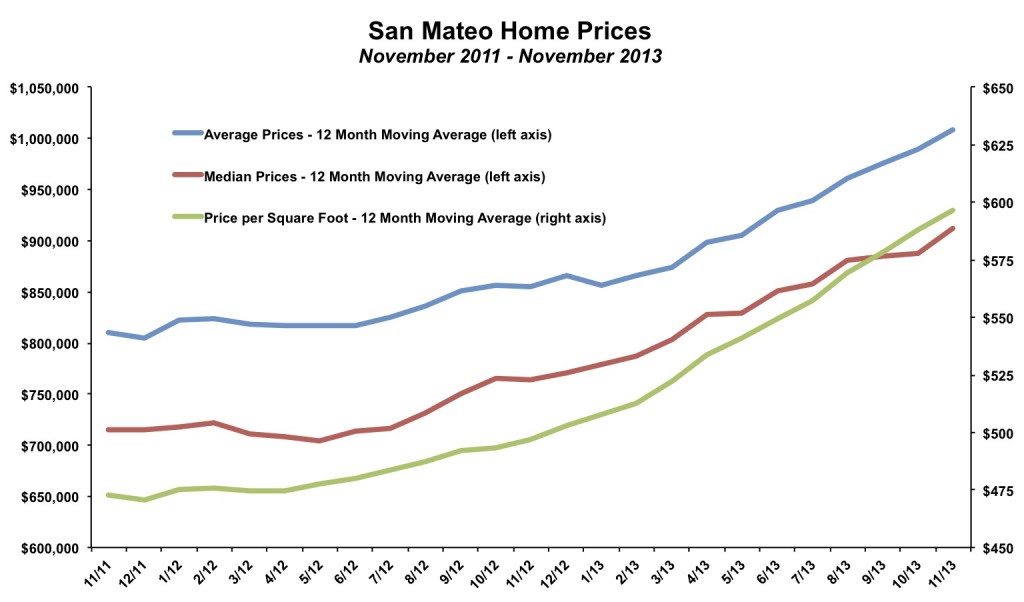 Even though prices are rising and sellers are adjusting their asking prices according, buyers continue to bid above list prices. Many (though not all) homes are selling for $50,000 or more above the final asking price. In November 2013, the average sold home went for 106.8% of the list price. It was the 22nd straight month that buyers on average paid more than sellers were asking. In the middle part of the last decade, buyers paid above asking prices for more than 3 years straight. 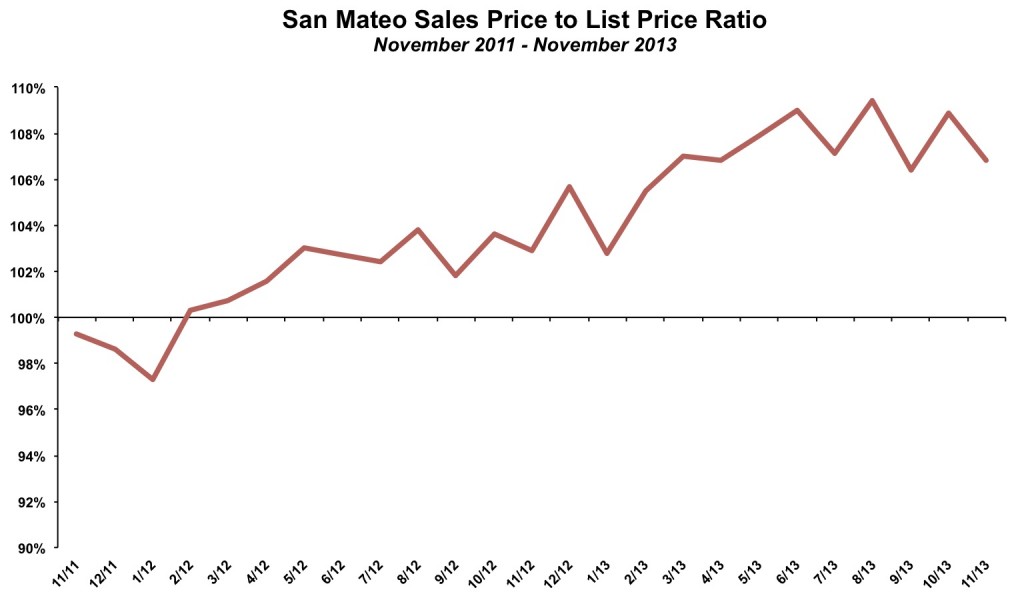 Sales Down Slightly in 2013, Hampered by Lack of Listings 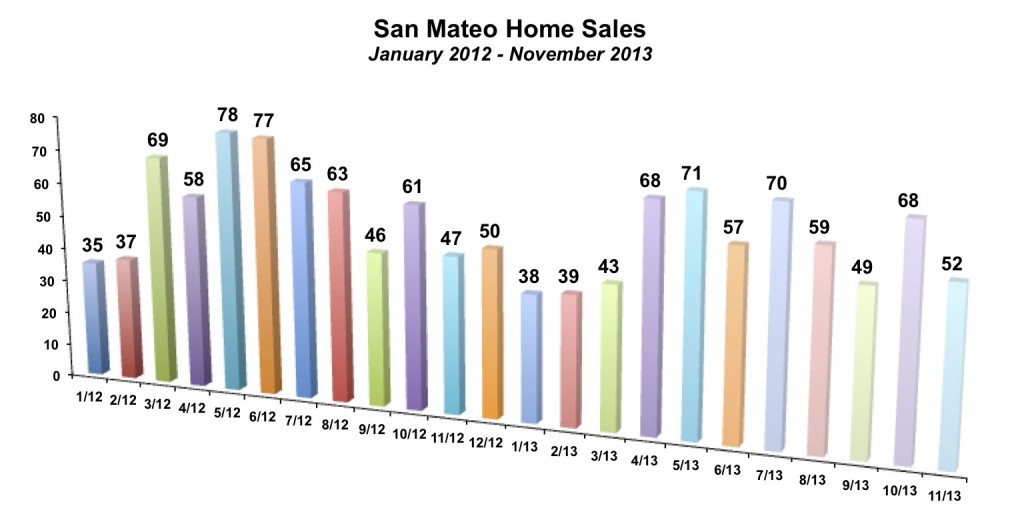 Sales would certainly be higher if there were more listings. Only 670 homes have been listed, down nearly 8% from the year before. There are usually relatively few homes listed in December and so we might end the year around 700 total listings. This would be the lowest in the past 10 years. 2012 had been the lowest at 754 listings. The most listings occurred in 2004 when there 1,054 homes on the market.

After accounting for seasonal patterns, inventory has been a fairly steady downward trend since the middle of 2011 as many of the unsold homes that languished on the market were snatched up as the market began to heat up. In the most recent month, inventory fell to a level that is almost unbelievable given the size of San Mateo. There were only 12 unsold single family homes on the market in San Mateo at the end of November 2013!

Here is one way to conceptualize how few homes that is. In neighboring Burlingame, there was one fewer unsold home at the end of November 2013. At 11 unsold homes, it was the lowest monthly total in the city in at least the past ten years. Both of the cities are at essentially matching record low inventory levels. Here's the kicker...Burlingame has about 1/4 of the population of the city of San Mateo! 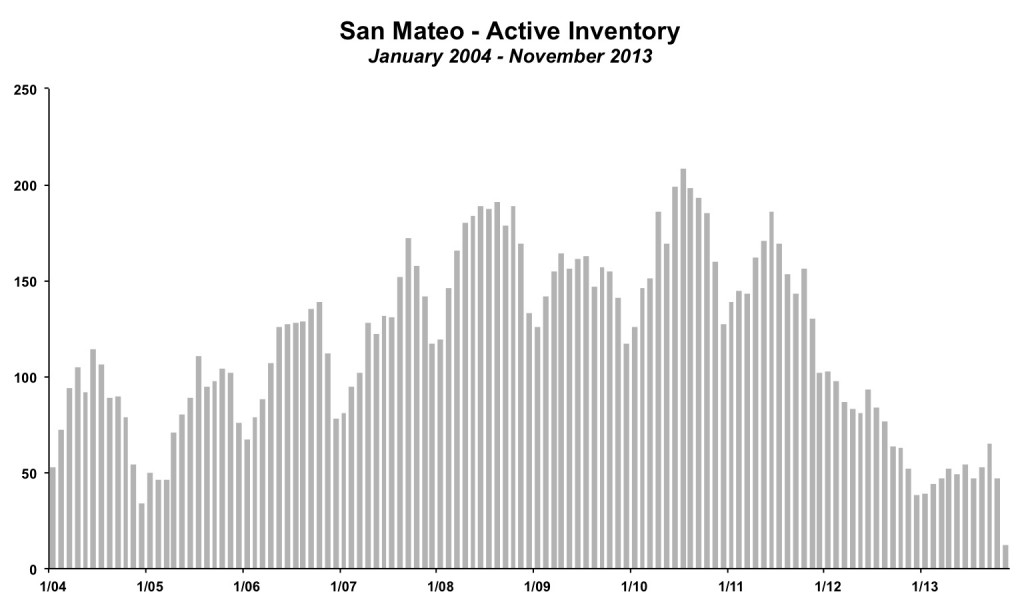