The Hillsborough real estate market still favors sellers as buyers compete over a relatively low level of inventory for the area. Highlights as of July 2014: The chart below shows the 12 month moving average for median prices, average prices and average price per square foot. Taking a 12 month average helps to smooth out random fluctuations. However, even when doing this, there can still be misleading values. At first glance, it appears median prices (red line) and average prices (blue line) have been mostly flat over the past 6+ months. This is actually due to two factors. One is that in February 2013, there were a number of high-end homes that sold (high-end even by Hillsborough standards). The average sales price in February 2013 was over $6 million. In February 2014, that month was removed from the 12 month moving average, and replaced by the more modest $2.5 million average sales price in February 2014. The result was a notable decline in the 12 month moving average. Secondly, the average homes that happened to be listed in 2013 was on the larger size (4,400 square feet), while those listed in 2014 have average 4,000 square feet (which is closer to what we'd expect in Hillsborough). Even in a market where prices were flat, if the size of the average home selling was 10% smaller, we'd expect a corresponding drop in average and median prices. In this case, a truer measure of price trends in the Hillsborough market is probably the average price per square foot (green line). This suggests that prices have continued to rise in 2014, and are up about 10% year-over-year, which is perhaps down slightly from the pace seen from mid-2013 to early 2014. 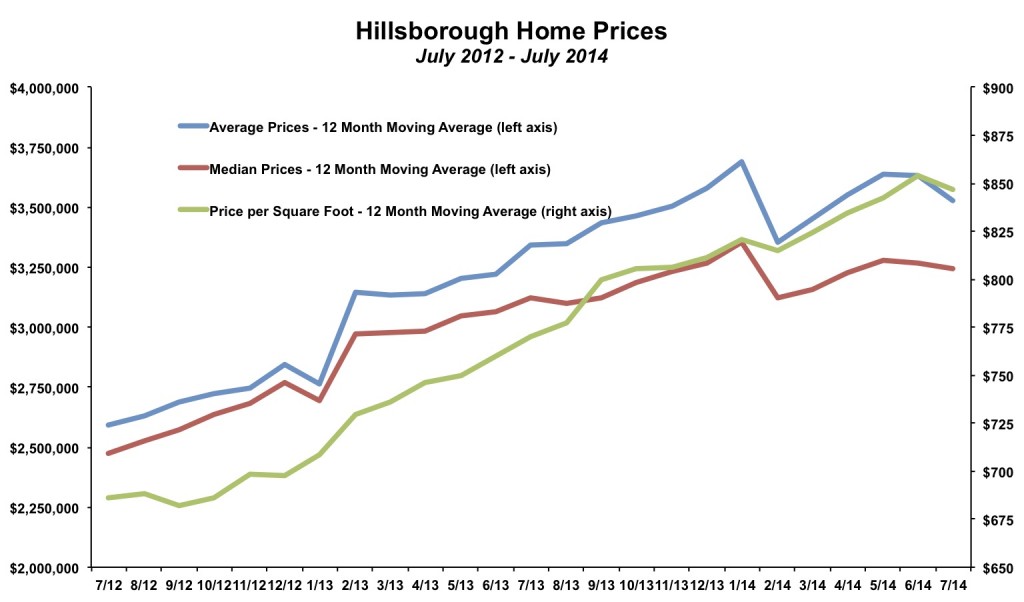 The ratio of average sales price to list price was 97.6% in July 2014. It fluctuates a lot from month-to-month. For the year, amongst homes that have sold, sellers are receiving on average just about their list price. The ratio of sales price to list price is 100.2% Hillsborough is a bit idiosyncratic and in a neutral market where prices are neither rising nor falling, the ratio is usually in the range of 96% to 97% (in most cities in the mid-Peninsula, neutral is around 100%). In fact, in the past ten years, the ratio in Hillsborough has never averaged above 100%. The previous high was in 2005 at 98.9%. When this ratio is above the normal baseline for an area it is strongly suggestive of a market that favors sellers and may foreshadow continued price increases. 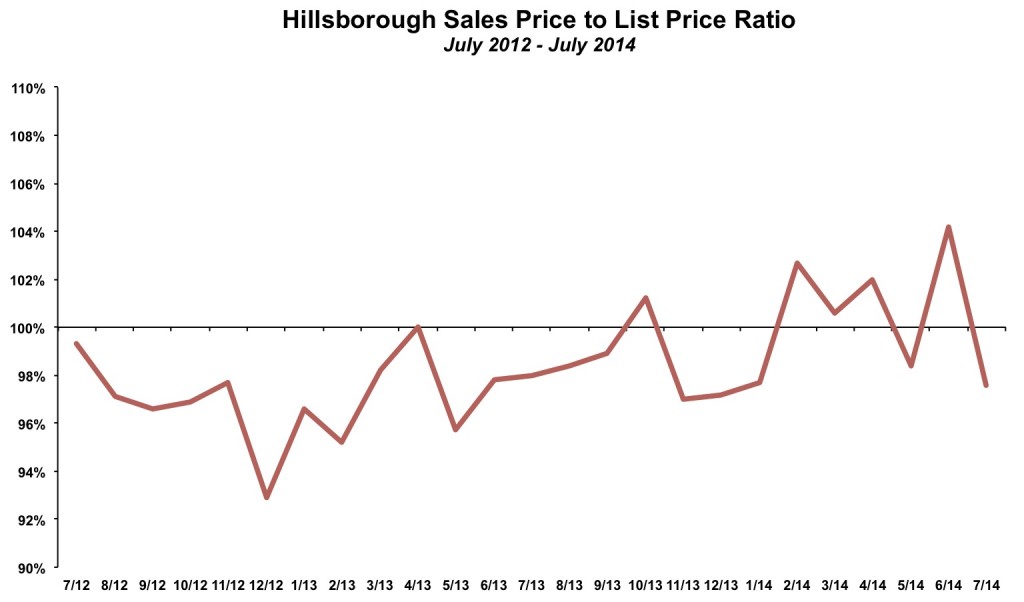 Sales Activity Up Sharply in 2014

Sales have increased at the same time as the number of newly listed homes has declined. There have been 128 new listings so far in 2014 through July, as compared to 139 new listings through July 2013. Not surprisingly, with listings (supply) down and sales (demand) up, this has put pressure on inventory levels. The number of unsold homes was 46 in July 2014. This compared to 61 unsold homes as of July 2013. While inventory has risen over the past six months, this is entirely consistent with normal seasonal patterns. Inventory should begin to decline again once we transition to fall. Adjusted for the time of year, current inventory levels are at their lowest level in the past 10 years in Hillsborough. Lower inventory causes buyers to compete for the same houses. This means more multiple bidder situations, which often leads to offers above asking prices and generally rising home values. 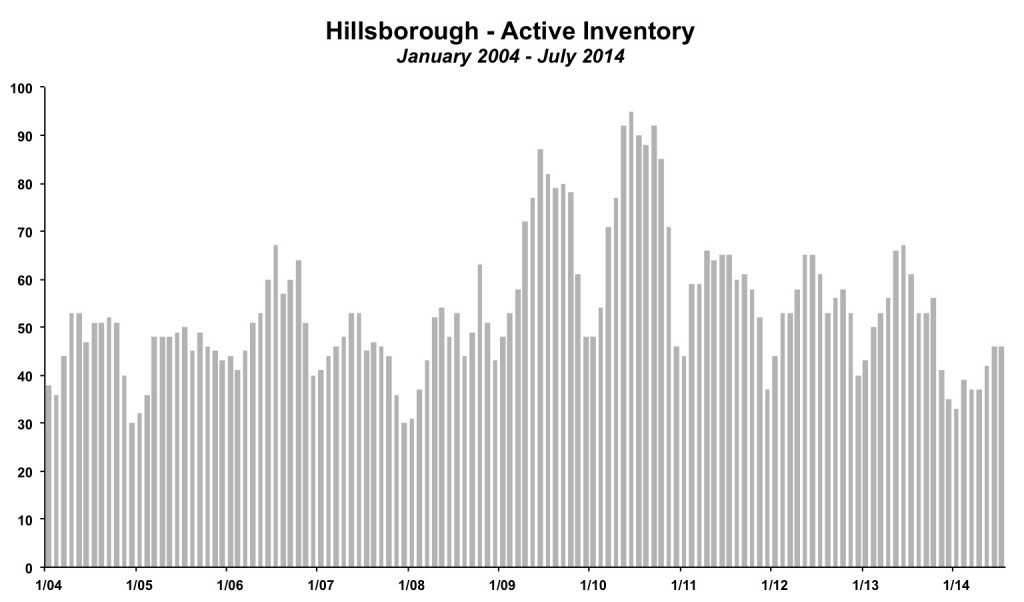