Buyers continued to big against each other in the San Carlos real estate market, with many homes selling for 5 to 15% above the asking price. Here are the highlights as of October 2013: While prices are rising in all areas of the Peninsula, the data suggests that San Carlos has seen some of the highest increases. Prices are up 20% or more in the past 12 months and 25% to 30% since reaching bottom in early 2012. While it varies from house-to-house, prices are on average around 5% above the absolute peak reached in late 2007/early 2008. 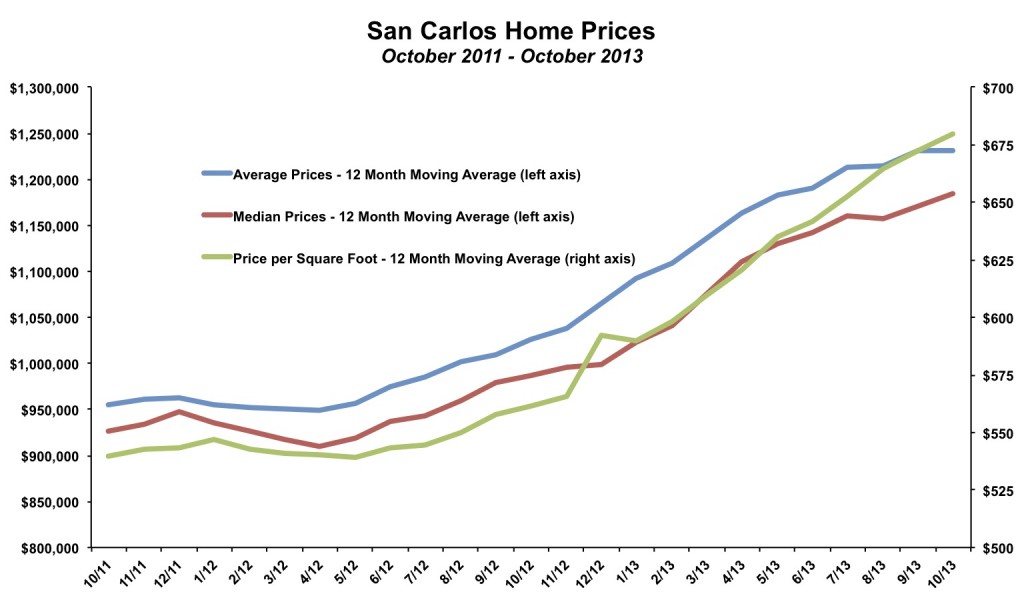 In a sign that the imbalance between buyers and sellers remains; the average sold home in October 2013 went for 7% more than the final list price. The ratio of sales price to list price has been at or above 107% almost since the beginning of the year. While prices can be rising or falling when the ratio is around 100%, once it diverges it is a fairly strong price signal. As long as the ratio stays well above 100%, buyers and sellers in the San Carlos real estate market should expect prices to continue to rise. On a similar vein, the ratio will be a good indicator to watch. If it dips down to 100% or below, it would be a sign that prices may begin to cool. 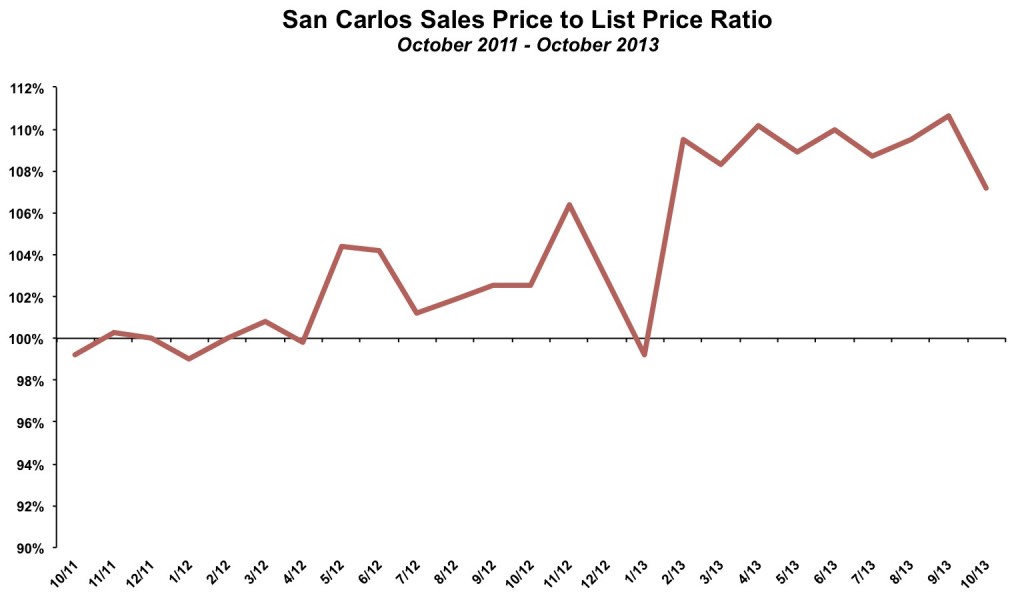 Since the slow start to the year, sales activity (measured by the number of transactions) has picked up in the San Carlos real estate market. Through the first ten months of the year, there have been 259 homes sold, just short of the 266 homes sold in the same period in 2012. While 2013 will likely not surpass 2012's mark of 317 sales; with a decent end of the year it could end up being the second year above 300 sales since 2005.

After a bit of a scare in July 2013 when inventory levels jumped, the number of unsold homes on the market has fallen. As of the end of October 2013, there were just 16 unsold homes on market in San Carlos. This is one of the lowest levels on record in the area. It means that prospective buyers have very little options from which to choose. A lack of inventory often portends rising prices and offers above asking prices, similar to what we have seen in the San Carlos real estate market for the past 12 to 18 months. 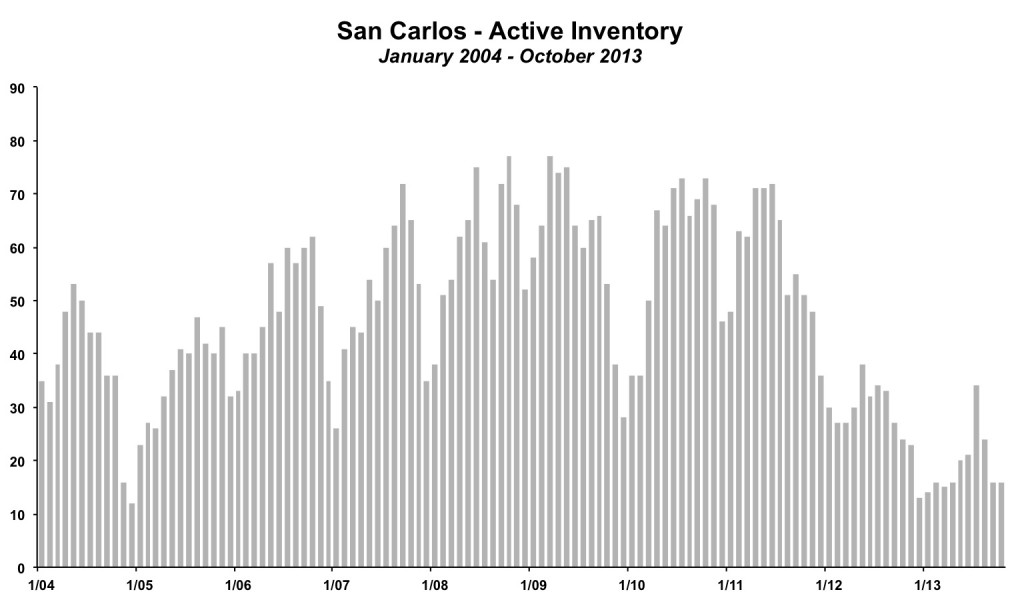