Prices Up 15%+ in Past Year in Burlingame Park

Prices have risen by around 20% in the past twelve months in Burlingame Park. The average price per square foot in 2013 has been $775, which is 20% above the 2012 level of $644 per square foot. The overall median and average price are up 40% to 60% year-over-year. This is misleading and is due mostly to the fact that larger homes happen to have been what have been listed in 2013. The average sold home in 2013 in Burlingame Park has been just over 3,000 square feet. In most years it is around 2,500 square feet. Larger homes have higher price tags. This is all part of normal random fluctuations that appear when looking at a single submarket, but something that prospective buyers may not be aware of if they are only looking at the headline data. 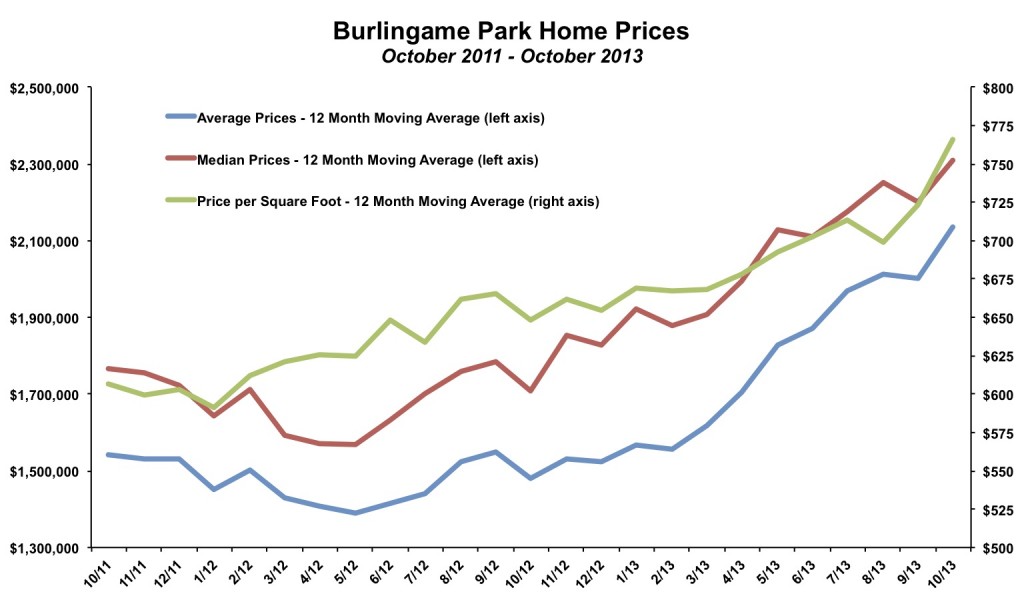 By The Numbers - Burlingame Park Real Estate for 2013

Thinking of buying or selling a home in Burlingame Park?