Like the rest of Burlingame, prices are rising in Lyon Hoag. One thing that makes the area somewhat unique is how successful sellers have been. There has been only one cancelled or expired listing in the past year. Essentially all of the 25 or so homes listed for sale have sold. They are selling quickly and usually for more than the asking price. Here are some highlights as of October 2013: This former "value" submarket of Burlingame has seen some of the highest price increases in the city. Prices are up around 20% in the last 12 months. This is in-line with the rest of Burlingame. However, prices started rising earlier and faster in Lyon Hoag than other areas. In the past two years, price increases have been upwards of 30% to 35%, as compared to ~25% for all of Burlingame. This has closed the gap in prices between Lyon Hoag and the rest of Burlingame. 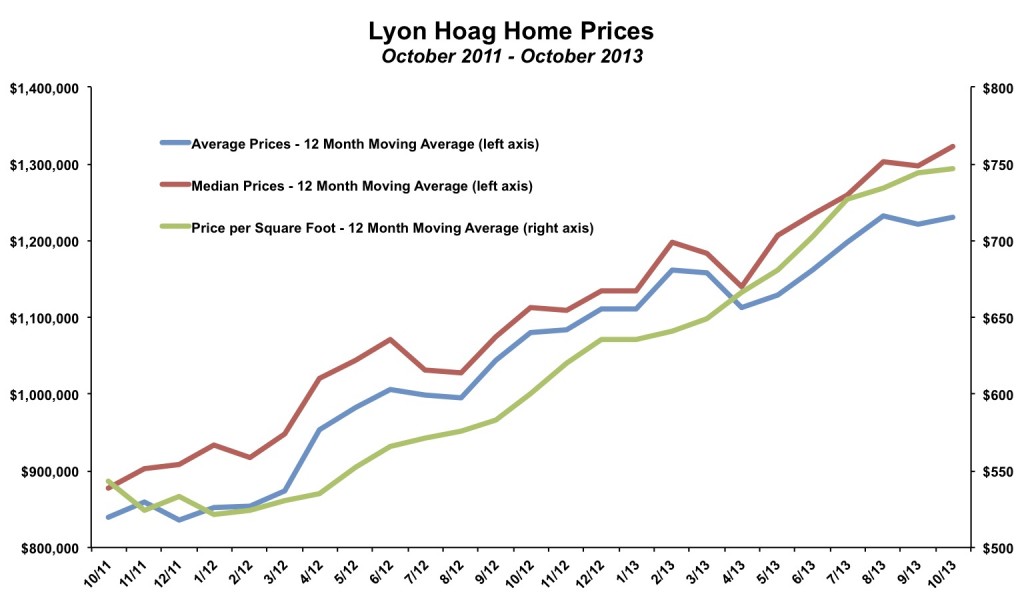 By The Numbers - Lyon Hoag Real Estate for 2013

Thinking of buying or selling a home in Lyon Hoag?

If you're interested in learning more about the Lyon Hoag real estate market, considering selling your home in Lyon Hoag, or thinking about moving to Lyon Hoag, please drop me a line and I'd love to connect with you.