It Remains a Sellers Market

Prices continue to rise, buyers are bidding above asking prices homes are selling quickly, and inventory remains low. All of these signs point to the continuation of the sellers market in San Mateo that has been in place for over a year. Here are the highlights for October 2013. The chart below shows 12 month moving averages to smooth out month-to-month fluctuations. Prices have increased more than 15% in the past year, and 25% since early 2012. Prices continue to rise at a rapid pace that is visible even at the month-to-month level. We can divide the year so far into two five month blocks. In the past five months, the average monthly selling price was $1.1 million and has been above $1.05 million each month. In the first five months of the year, the average monthly selling price was $924,000. It was above $1 million only one month. 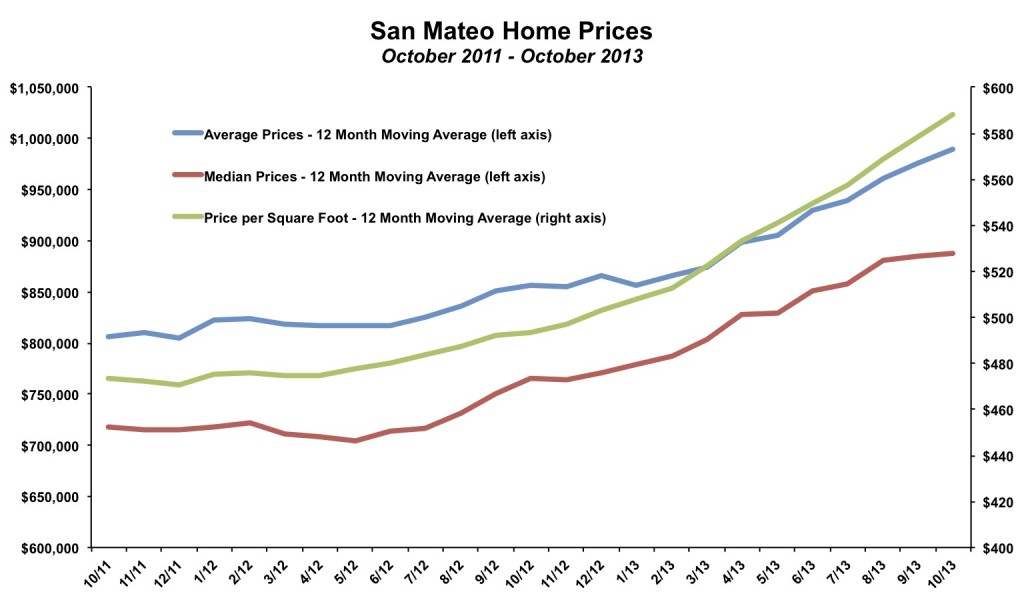 In the current boom, the ratio of the average sales price to list price has been above 100% for 21 straight months as competition has been fierce for many homes, with demand often exceeding our historically low inventory of homes. The ratio was 109.2% in October 2013. 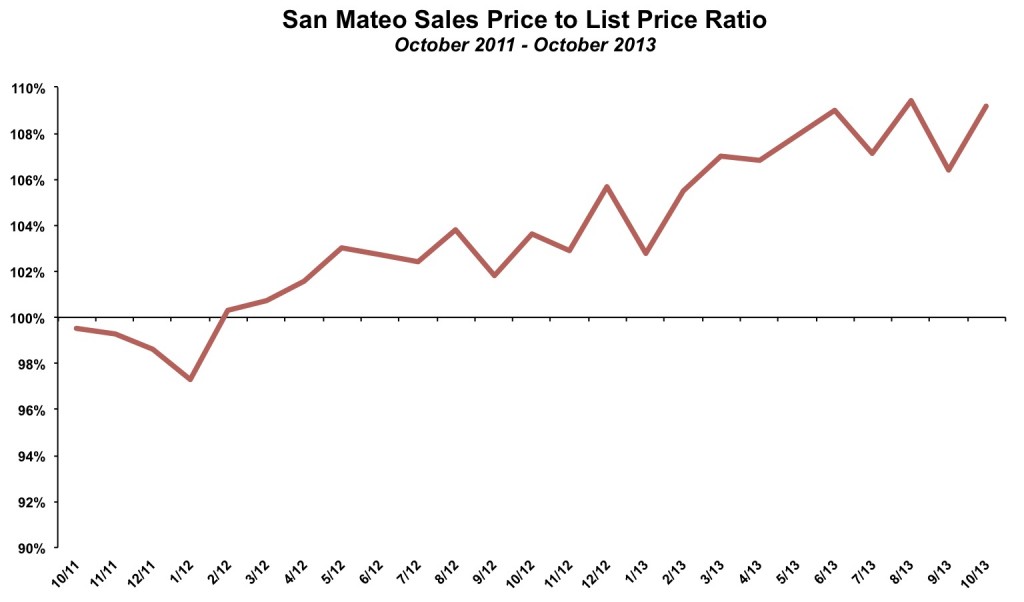 Sales Down Slightly in 2013 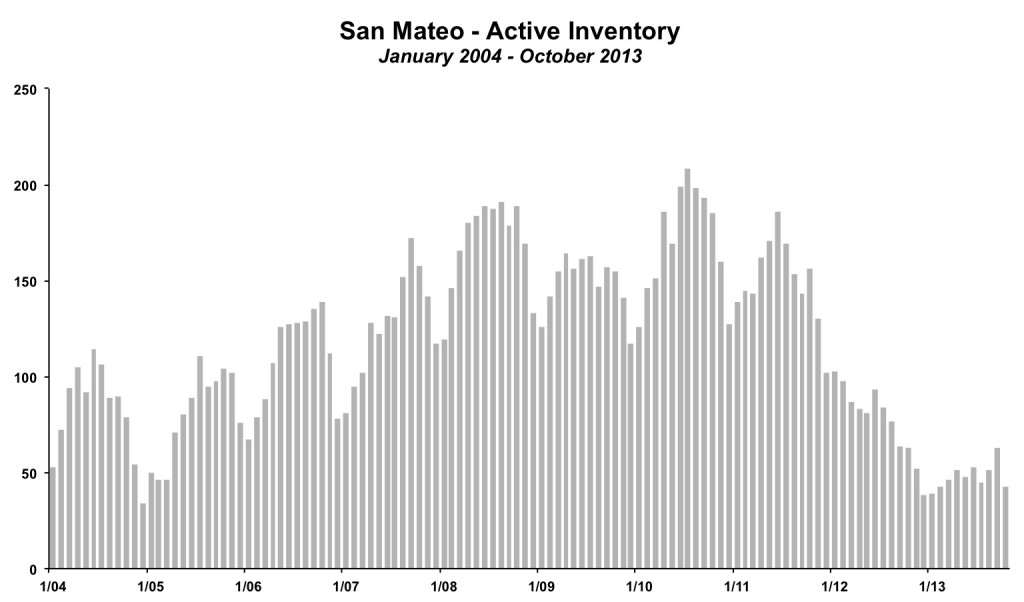