Buyers continued to big against each other in the San Carlos real estate market. Prices continue to rise and buyers continue to regularly (but not always) pay above asking prices. Here are the highlights as of January 2014: Prices have risen 20% in the past 12 months in San Carlos. Since reaching bottom in early 2012 they have risen by more than 30% on average. Prices are at record levels. It will vary from home-to-home, but on average, a given home today will sell for about 10% more than it sold for at the previous market peak in late 2007/early 2008. One indication of rising prices is that in 7 of the past 9 months, the average price per square foot of homes sold in the month has been above $700. Prior to December 2012, there had never been a single month above $700 per square foot in San Carlos.

The chart below shows the 12 month moving average median price price, average price and average price per square foot in San Carlos. The moving average helps to smooth out random month-to-month fluctuations to give a clearer view of trends. All signs point to sustained price increases over the past 20+ months. 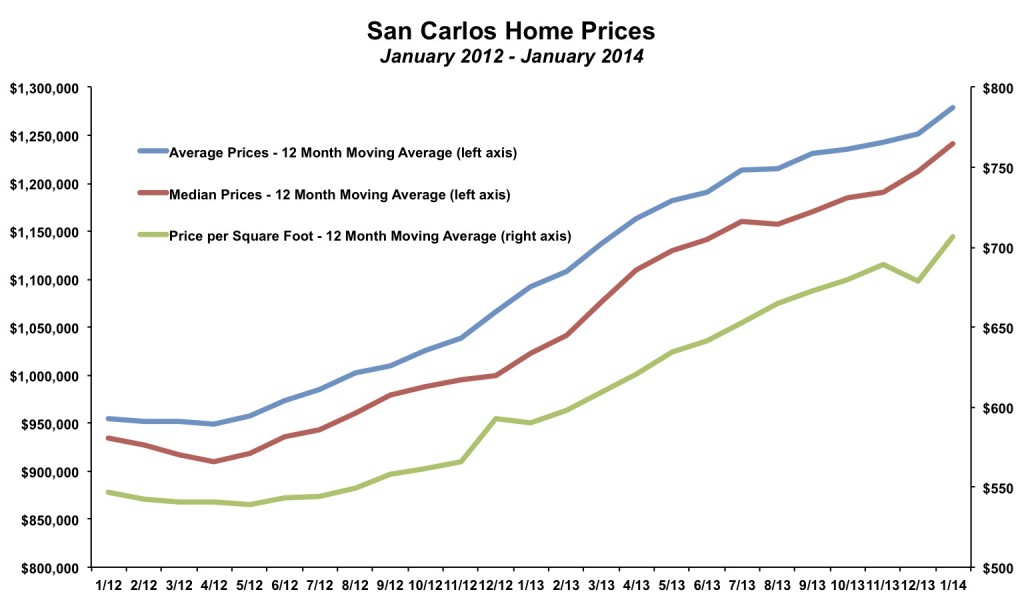 Despite sellers adjusting their list prices based on recent comps that capture the rising prices, buyers continue to bid above asking prices. In 2013, the average home sold for an incredible 8.6% above the final asking price (even in what was considered to one of the "hottest" markets ever, the ratio was lower at 6.6% in 2005). In January 2014, the average ratio of sales price to list price was 105%. A reading well above 100% is a sign that buyers outnumber sellers and are having to outbid one another to win the home. It also portends continued price increases. 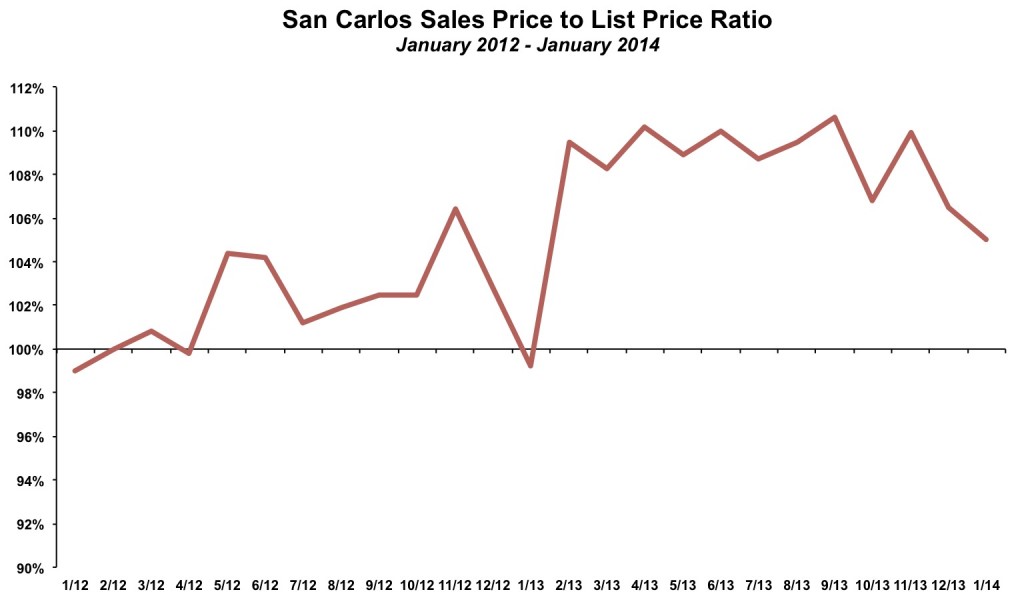 There were 16 homes sold in San Carlos in January 2014, the most to start the year since 2007. January is typically the slowest month in San Carlos and the winter time sees the fewest home sales across the Peninsula. 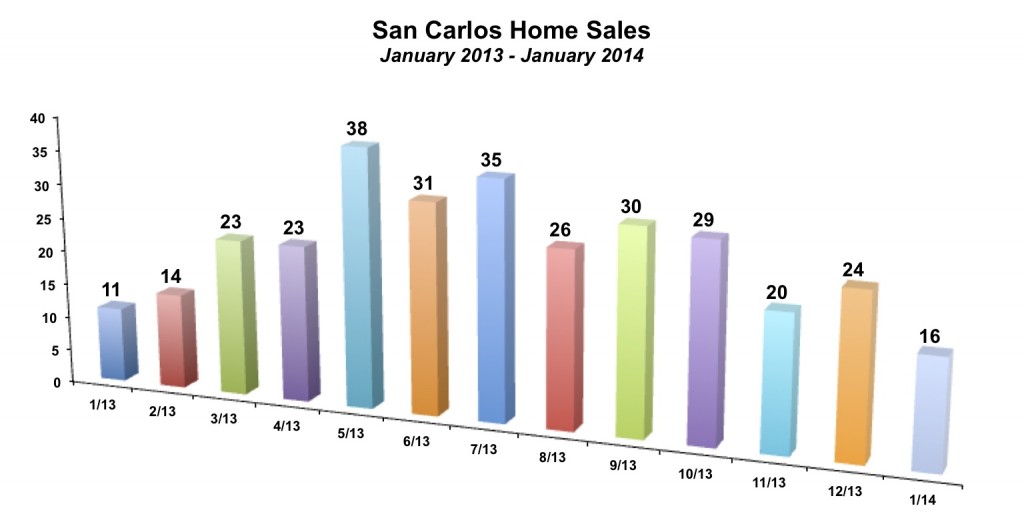 Sales would be a lot higher if there were more new listings and more inventory to be sold. The number of expired or cancelled listings has plummeted in the area. In 2013, there were just 32 listings that expired or were cancelled by the sellers, versus just over 300 listings sold. Not every expired or cancelled listing represents a failure to sell. In many of these instances, sellers may have decided the timing was not or reevaluated their decision about selling altogether. Regardless, sellers are incredibly successful, with almost every listing selling. There has not been enough new listings to replace the sold homes and inventory has fallen to almost absurd levels. At the end of 2013, there were just 3 unsold homes. At the end of January 2014, there were 7 unsold homes. As recently as 2011, there were 48 unsold homes at the end of January. This lack of inventory is likely to put upward pressure on prices as buyers have to compete against each other for a limited supply of homes.