No sign of a slowdown in the Hillsborough real estate market as buyers continue to pay record amounts. Highlights as of May 2014: Prices continue to rise in Hillsborough. In the past 12 months, prices have increased by more than 10%. Since reaching bottom a few years ago, prices have increased by 30%. Prices are more than 5% above where they were at the previous peak in late 2007/early 2008. 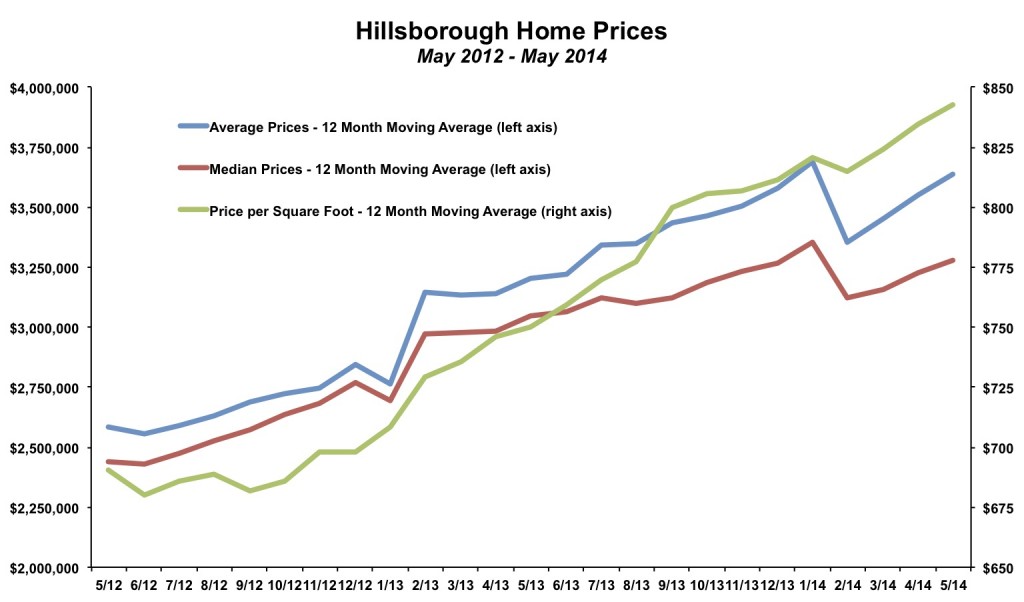 The ratio of average sales price to list price was 98.4% in April 2014. That is, the average sales price was about 1.5% lower than the list price of the homes sold. For the year, amongst homes that have sold, sellers are receiving on average about their list price. The ratio of sales price to list price is 99.8% Hillsborough is a bit idiosyncratic and in a neutral market where prices are neither rising nor falling, the ratio is usually in the range of 96% to 97% (in most cities in the mid-Peninsula, neutral is around 100%). In fact, if the current ratio holds, it will be the highest in Hillsborough in at least 10 years. The previous high was in 2005 at 98.9%. When this ratio is above the normal baseline for an area it is strongly suggestive of a market that favors sellers and may foreshadow continued price increases. 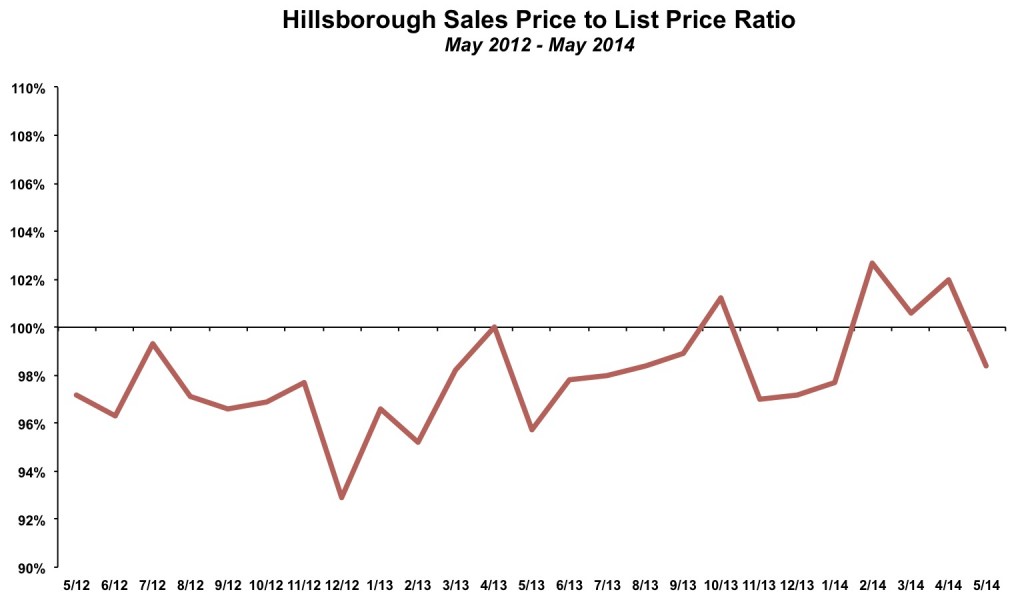 Lots of Sales in May

There were 20 homes sold in May 2014 in Hillsborough. That's a big number for the area. While sales levels fluctuate from month-to-month, there have been only a handful of months with 20 or more sales in the past 10 year. For the year, sales are ahead of last year's pace. Through May 2014, there have been 64 homes sold. Last year at this time, there had been 56 homes sold. If the current rate holds we may see more than 150 sales in the year, for the first time since 2005. 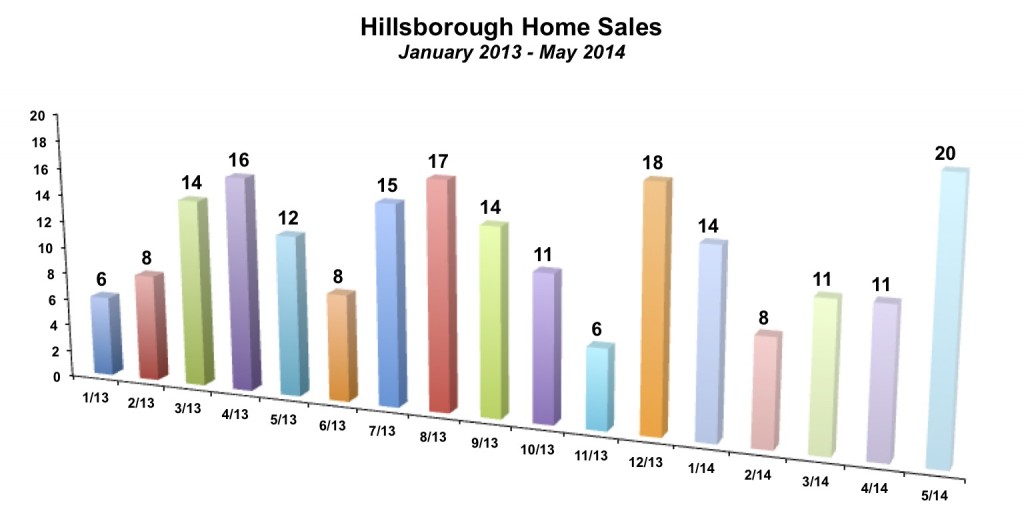 Impressively, sales have increased at the same time as the number of newly listed homes has declined. There have 95 new listings so far in 2014 through May, as compared to 109 new listings through May 2013. Not surprisingly, with listings (supply) down and sales (demand) up, this has put pressure on inventory levels. The number of unsold homes has been about 40 homes for most of the year. As of May 2014, there were 43 unsold homes. This compared to 66 unsold homes as of May 2013. We may see inventory rise slightly during the summer months as more homes come onto he market. However, even if that does occur, inventory levels should remain relatively low. This will mean that buyers will continue to compete against each other, benefitting sellers. 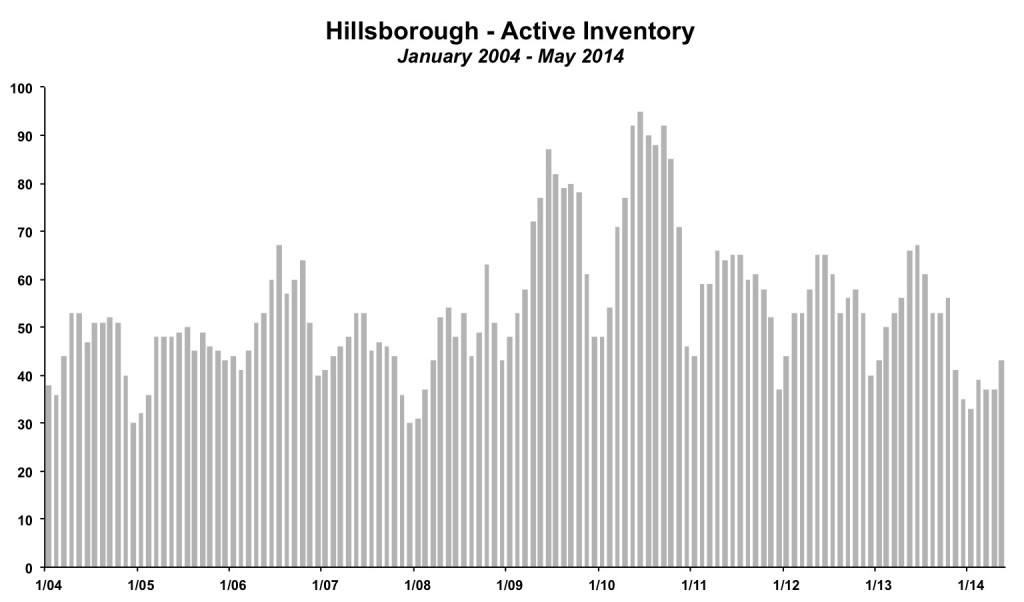