The Downtown Burlingame neighborhood is composed largely of commercial businesses and residential condos (often referred to as attached housing), with fewer single family homes. This update is a review of specifically the condo market in the neighborhood, whereas in other reviews we are focusing solely on the single family homes. Here are some highlights in this submarket as of April 2014: 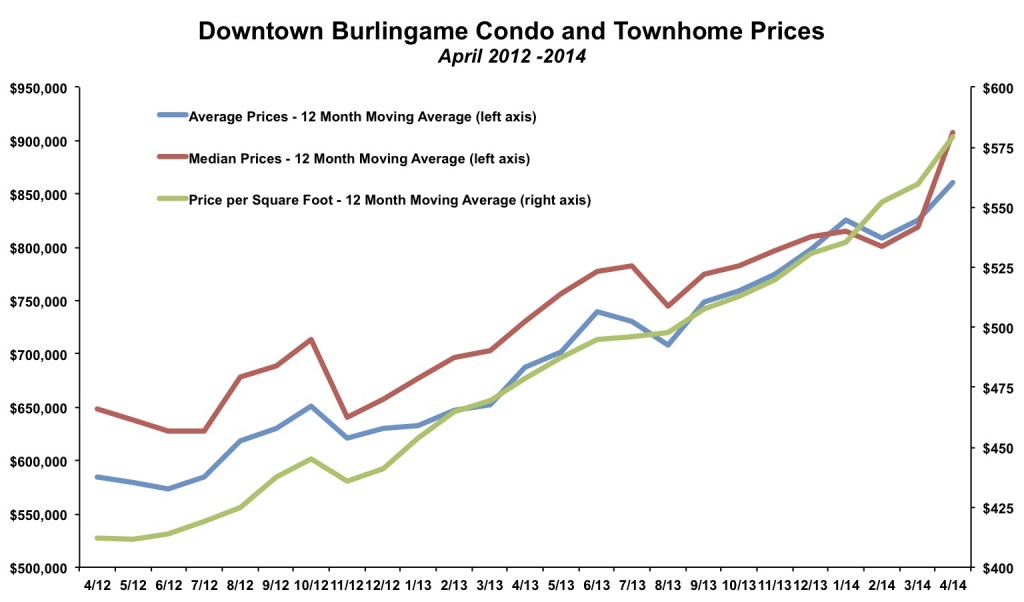 One of the biggest benefits of owning a condo in the Downtown Burlingame area (or renting an apartment, for that matter) is the close proximity to Burlingame Avenue...it's only a few minute stroll from practically anywhere in the whole neighborhood.

Thinking of buying or selling a home in Downtown Burlingame?