Inventory is at historically low levels and more homes are receiving multiple offers above asking prices in the Hillsborough real estate market. Highlights as of March 2014: Prices continue to rise in the exclusive town of Hillsborough. In the past 12 months, prices have increased by around 10% to 15%. Since reaching bottom a few years ago, prices have increased by more than 25%. Prices are at record levels and the value of most homes is greater than it was at the previous peak. 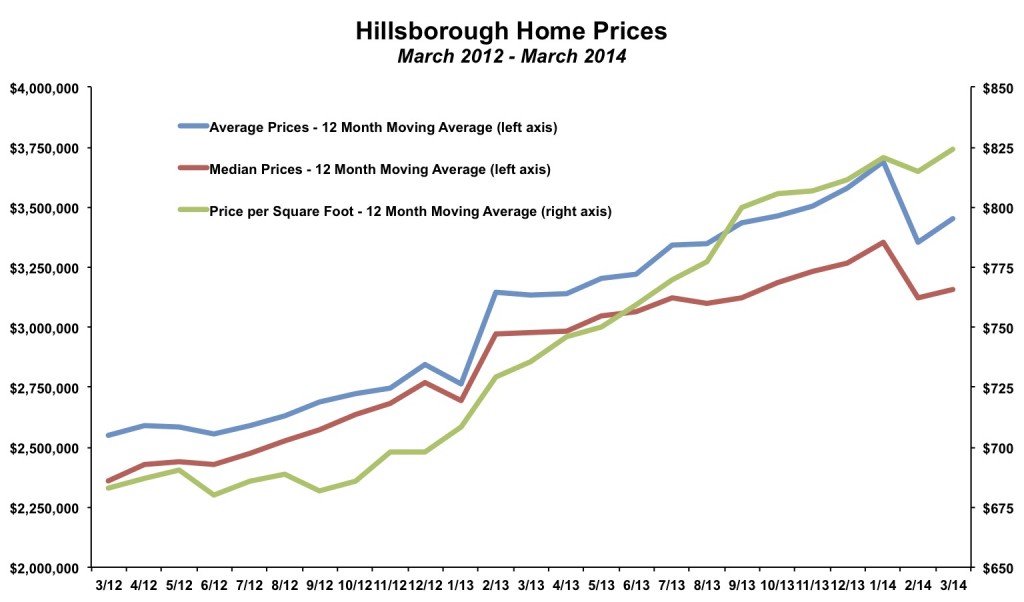 The ratio of average sales price to list price was 100.6% in March 2014. This is the second straight month above 100%. There have been only a handful of instances in the past 10+ years where that has happened in Hillsborough. In most cases, it was during a period where prices were rising. Hillsborough is a bit idiosyncratic and in a neutral market where prices are neither rising nor falling, the ratio is usually in the range of 96% to 97% (in most cities in the mid-Peninsula, neutral is around 100%). 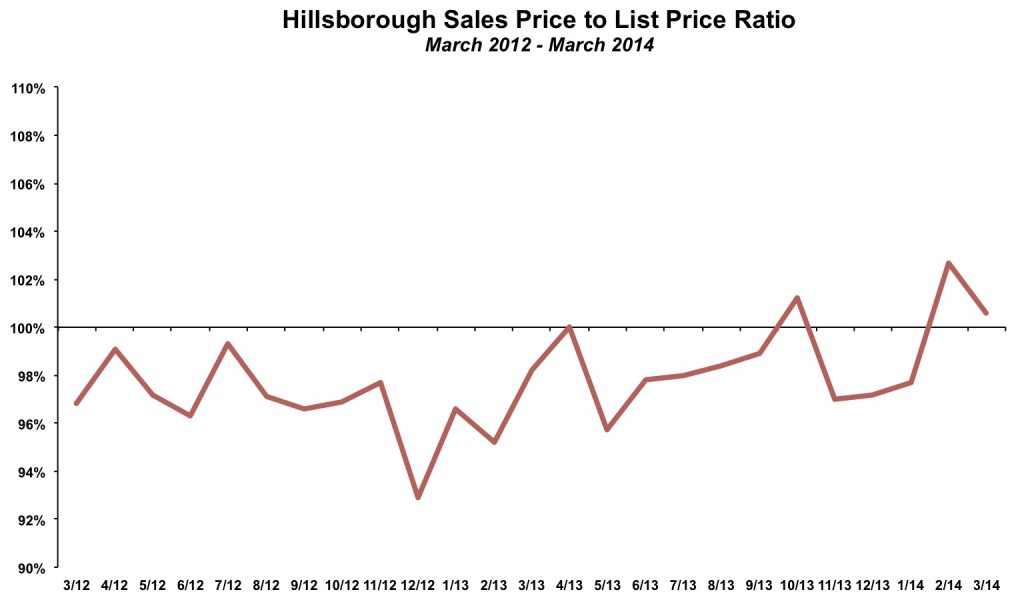 At the same time that sales have increased by five homes year-over-year, the number of new listings fell by 12 homes year-over-year. Not surprisingly, more sales and fewer listings is pushing down inventory levels. The inventory of unsold homes at the end of March 2014 stood at 36 listings. This is down from 53 unsold homes at the end of March 2013. It is also the lowest inventory for March in at least ten years. Lastly, inventory declined from 39 homes in February. While a decline of three homes may not seem significant, there is a fairly clear seasonal pattern to inventory. Typically, inventory is lowest in the winter months as fewer people are interesting in buying/selling homes. Inventory rises in the spring and summer before falling again in late fall. In the past ten years, inventory had never declined from February to March, until this year.

Lower inventory often has an upward impact to pricing. With fewer homes for sale, buyers have to compete against each other. The result is more bids above asking prices across the real estate market. We will be keeping a close eye on inventory levels in Hillsborough as we begin to enter what is typically the peak sales months. 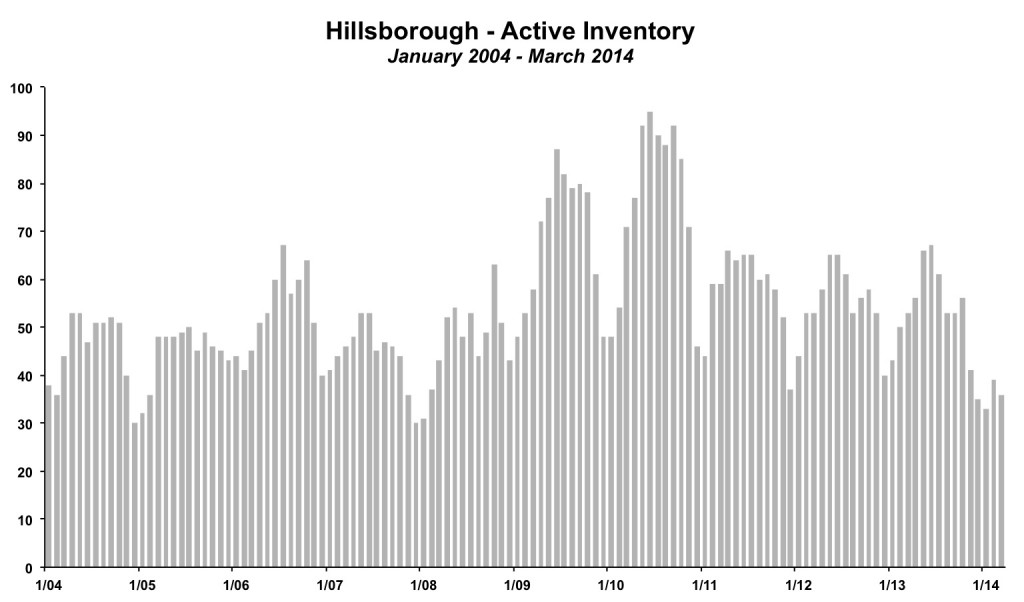