Frenzied bidding wars continued in the San Carlos real estate market. Buyers bid well above asking prices and excuse the analogy, but homes flew off the shelf. The average days on market for homes sold in March 2014 was just 8 days.

The chart below shows the 12 month moving average median price price, average price and average price per square foot in San Carlos. The moving average helps to smooth out random month-to-month fluctuations to give a clearer view of trends. All signs point to sustained price increases over the past 20+ months. In the past 12 months, prices are up around 15% to 20%. Since reaching bottom in early 2012, prices have increased by 35%+.

While prices surpassed their previous late 2007/early 2008 peak in mid-2013, this was just in nominal terms. Regular inflation has been eating away at the value of a dollar. Since 2007/2008, inflation has totaled about 10%. Coincidentally, current price levels in San Carlos are about 10% to 15% above where they were at the previous peak. The bottom line is the current prices are now at their highest ever, even after adjusting for inflation. 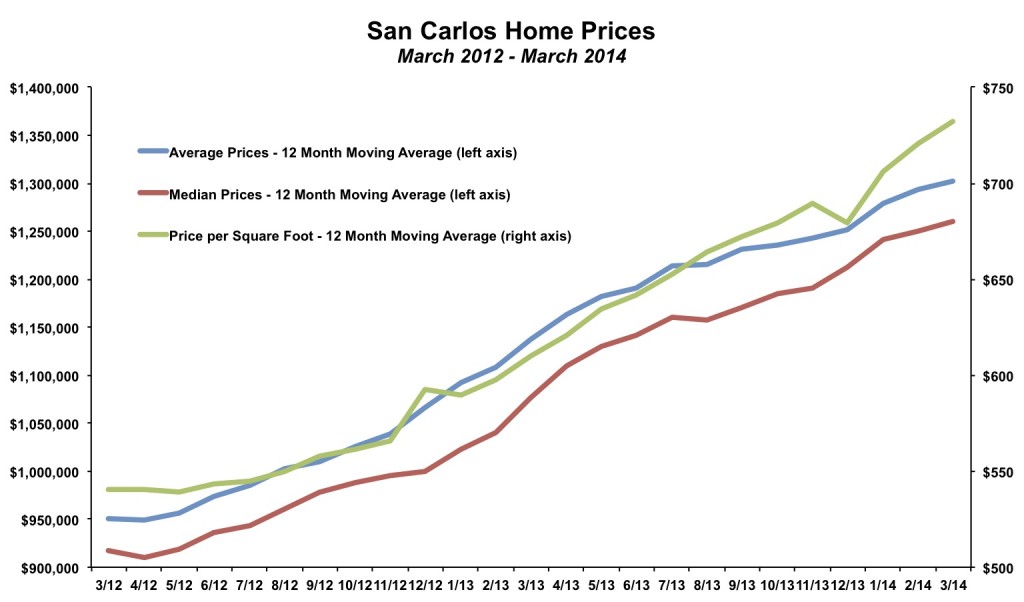 Bidding wars continue to be the norm in San Carlos and if anything in the past few months they have intensified. The average ratio of sales price to list price was 114% in March 2014. Normally, we would say that this might be the highest ratio seen in any area of the Peninsula in the past 10 years. However, it was actually higher in February 2014! A reading above 100% is a sign that buyers outnumber sellers. Readings this far above 100% suggest that it is a buyer's frenzy out there. 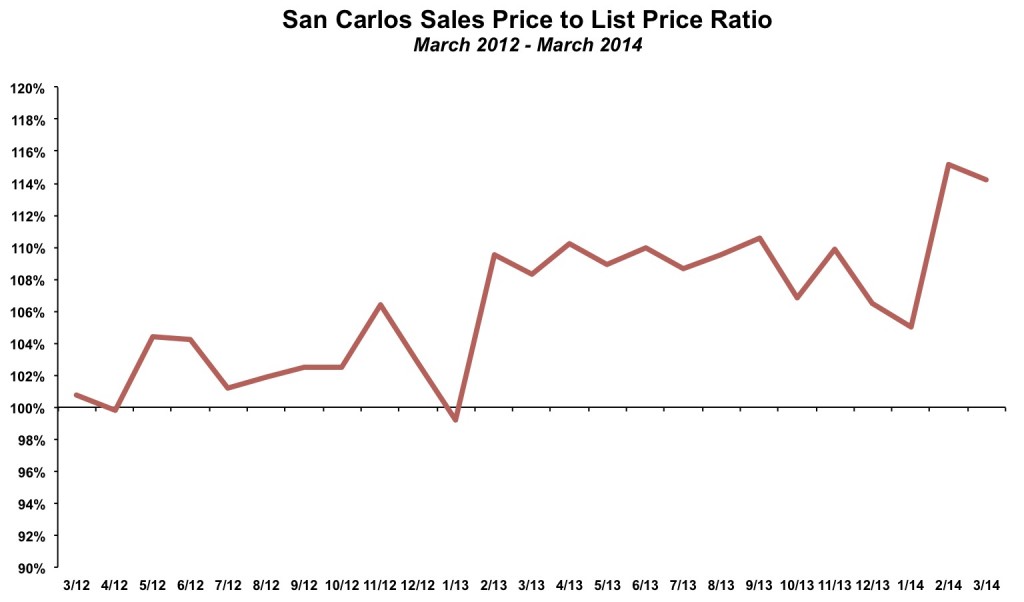 March seems to be the unofficial start of the selling season in San Carlos. As is typical for most areas, sales activity is lowest in the winter months and then peaks in late summer. Matching this normal seasonal pattern, there were 25 homes sold in San Carlos, the most since October 2013. Through the first three months of 2014 there have been 52 homes sold, up from 48 sales in the same timeframe as the year prior. 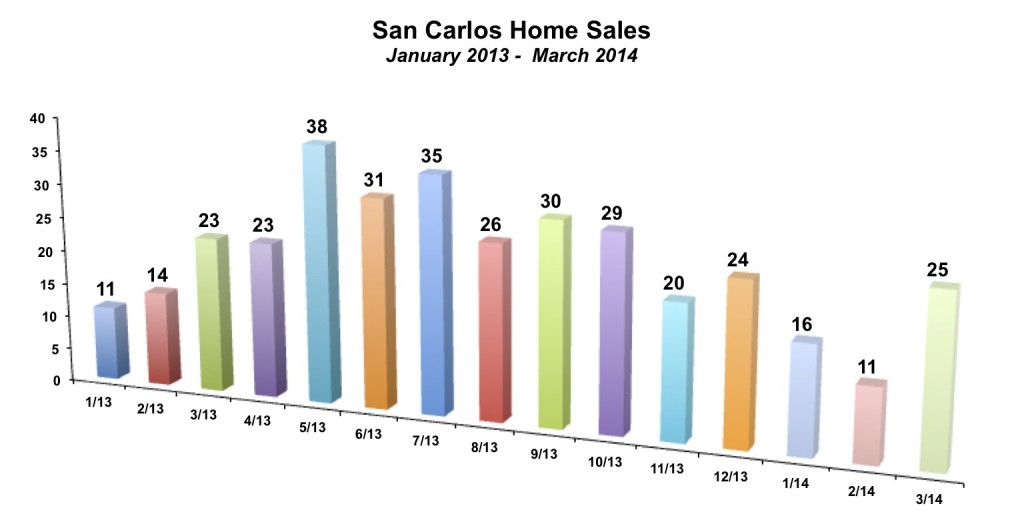 Inventory levels have rise since reaching some of the lowest levels ever recorded in San Carlos at the end of 2013. Still, with just 16 unsold homes on the market at the end of March 2014, inventory remains at historically low levels in the San Carlos real estate market. Low inventory has a predictable response. The lack of supply causes buyers to compete against each other over the same listings. This drives selling prices above list prices. 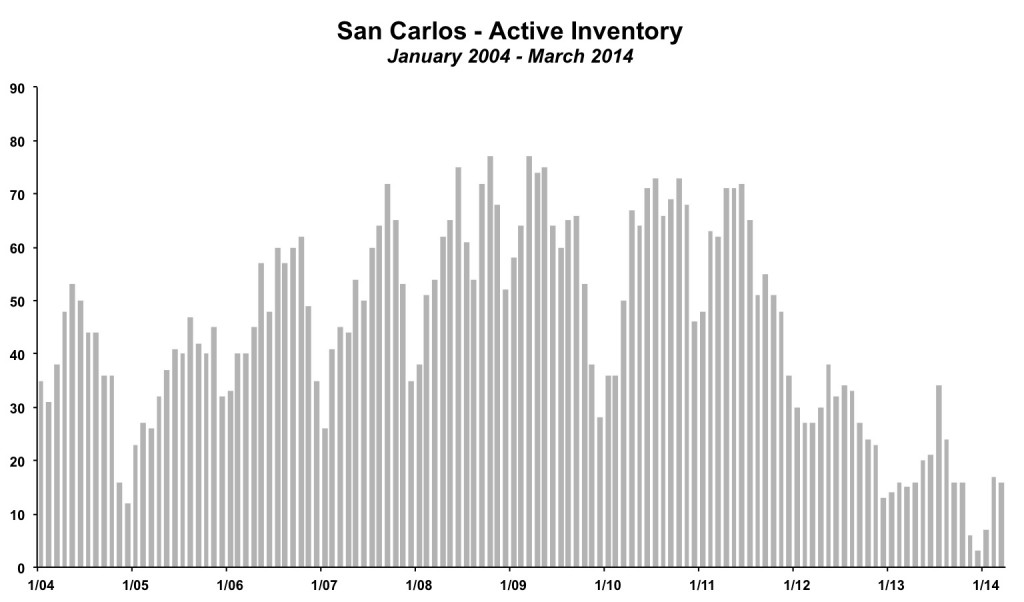