Although it was a little late to the party compared to neighboring Burlingame and San Mateo, and nearby San Carlos, the data now clearly shows prices are rapidly rising in Hillsborough. The 12 month moving average price per square foot is up nearly 8% year over year with most of the gains in the past few months. In the past six months, every month has had an average price per square foot of at least $700 and five of the six months have been above $740. In the prior three years, there were only two months above $740, so there has been a clear upward shift in the Hillsborough real estate market. 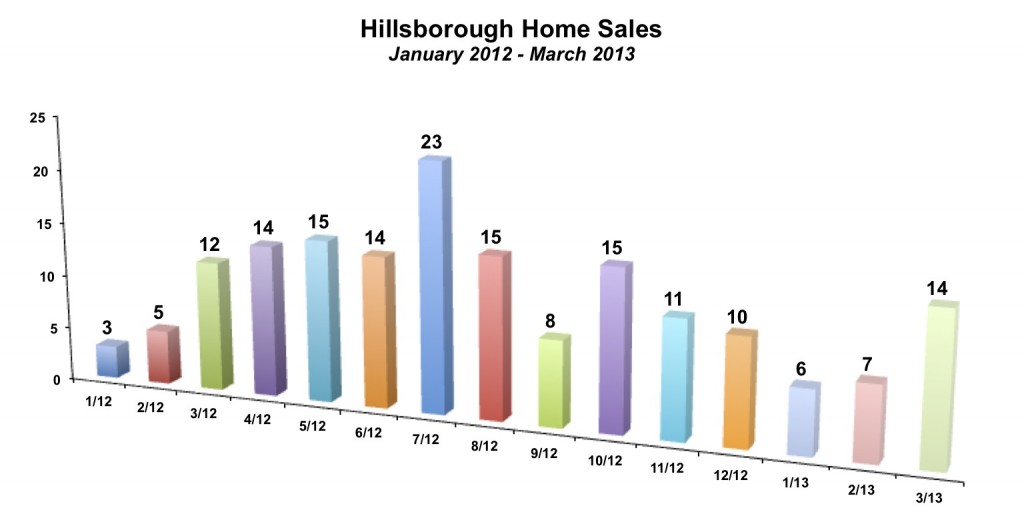 Because there is more inventory, buyers are less likely to get in a bidding war in Hillsborough than neighboring real estate markets. We see this in the data by looking at the average sales price to list price ratio which has remained below 100%, meaning that the average home is selling for less than the asking price. In many nearby areas it is above 100%. 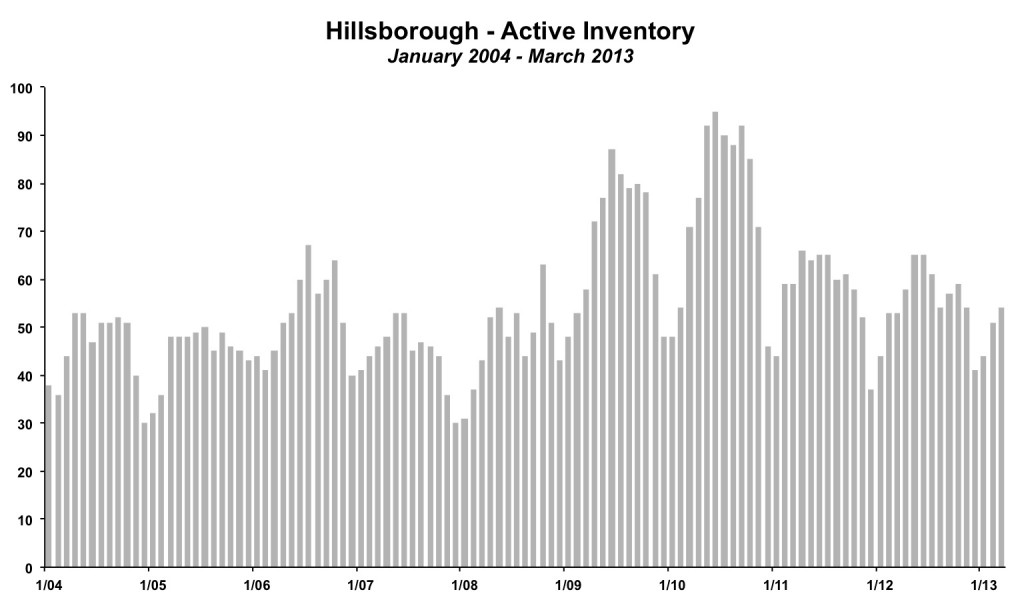