A greater percentage of listings are selling in San Mateo County and those that are selling are doing so very quickly. In the first three months of 2013, there were 183 listings that were expired or removed from the market. Not all of these listings represent a failure to find a buyer. Many times sellers simply change their plans. However, it is a baseline measure of how successful sellers are and gives an idea of how many homes are not selling. Sellers have been much more successful in 2011 and 2012 than 2013. In the first quarter of 2012 there were 361 listings expired/removed and in the first quarter of 2011 there were 533 listings expired/removed, nearly three times as many as 2013.

In 2011 and through the beginning of 2012, sold homes used to spend on average two months on the market in San Mateo County. There was a change in 2012 and into 2013 where the average sold home now spends approximately one month on the market. Of course, there is a wide range between areas and even within areas. Well maintained listings in desirable areas are regularly being sold in a few weeks or less. In this type of market it is paramount for buyers to constantly monitor the market and be ready to act immediately with a strong offer. Working with a Realtor who is an expert negotiator will help you get the best possible price. 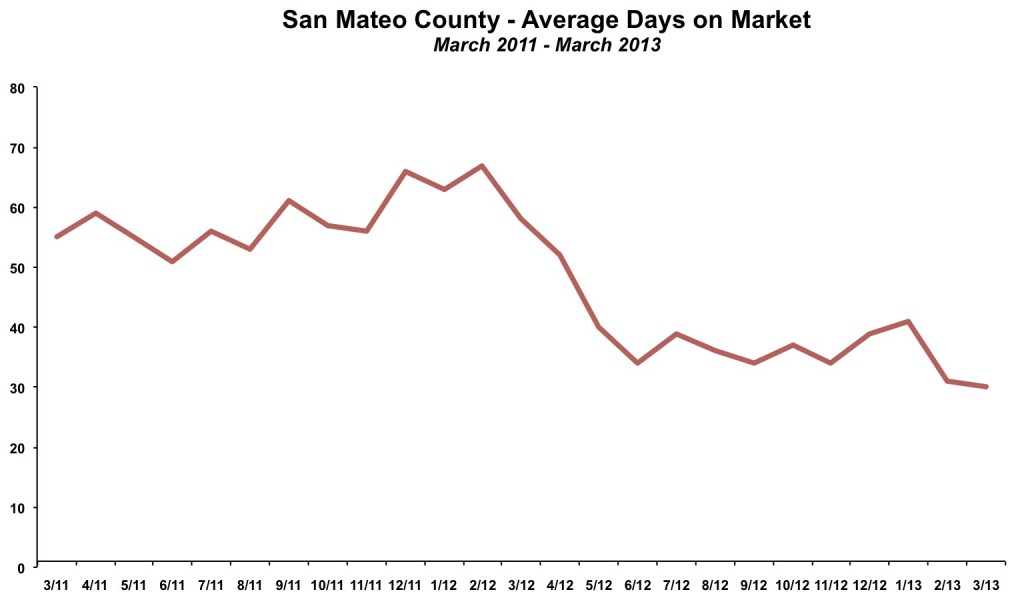 All signs point to price appreciation in the residential real estate markets in San Mateo County. Because data can jump around a lot month-to-month, it is good to look at a smoothed view. The 12 month moving average chart shows a clear upward trend in average and median selling values, as well as, the average price per square foot. It reverses the flat to slight declining prices that were the present in late 2010/early 2011. All three of these measures are up about 15% year-over-year and given current conditions show no sign of slowing down. 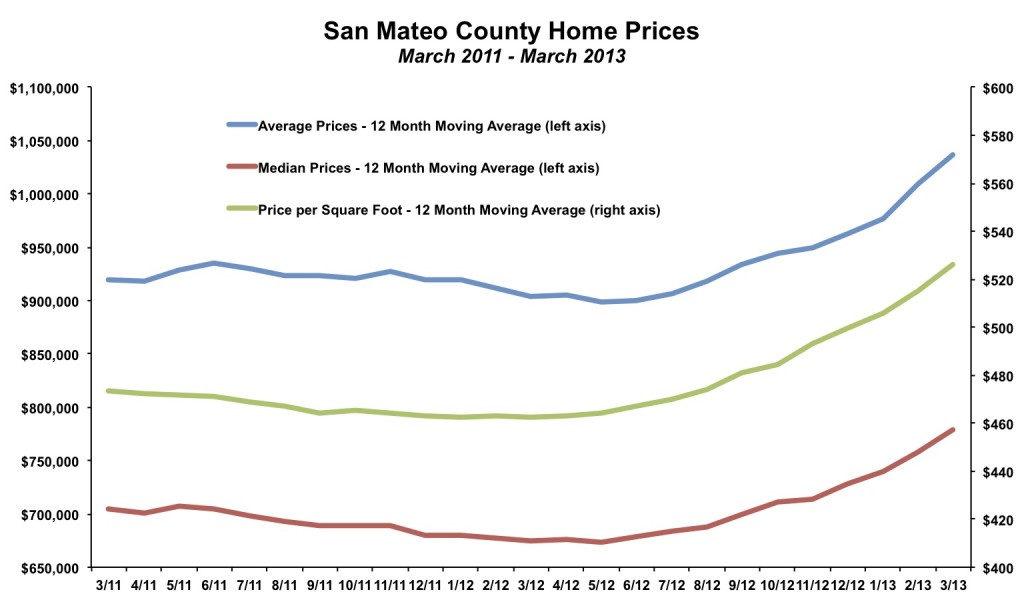 Sellers are regularly receiving multiple offers, many of which are offers above the asking price. This can been in the sales price to list price ratio which has been above 100% since the middle of 2012. The ratio continues to rise (at the same time the selling prices and listing prices are increasing), which shows that buyer demand is not diminishing. 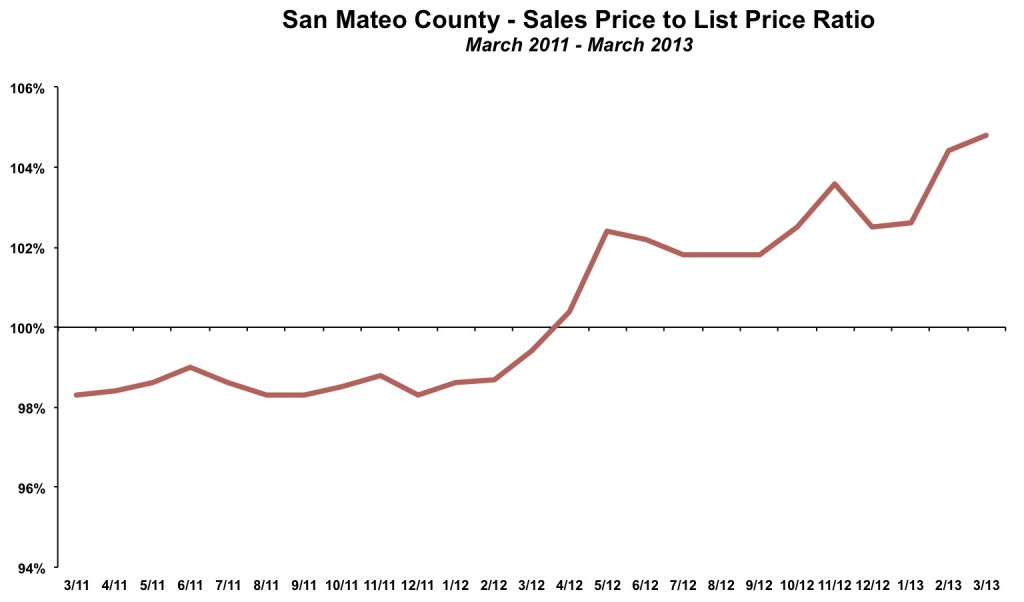 Sales Activity Down Slightly to Start the Year

Oftentimes, people will use a shorthand to equate the number of sales with a sign of buyer demand. This can be misleading. In San Mateo County, buyer demand is arguably stronger than 2012 even with fewer sales. Rather, the modest 14% drop in sales is due to a commensurate 13% decline in new listings to start the year and a 50% decline in available inventory year-over-year. Buyers are out there bidding aggressively, but there are just not enough homes for sale. 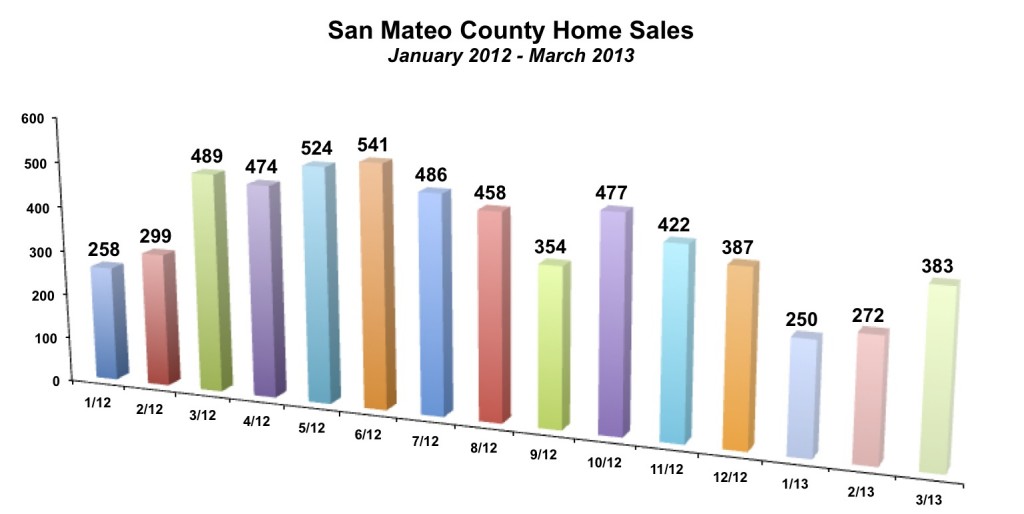 By The Numbers - San Mateo County Real Estate for 2013