Like most areas on the Peninsula, residential real estate prices are rising in Foster City. The data suggests prices have increased a little more than 10% over the past year, implying a jump of about $100,000 on a typical single family home in the area.

While prices were rising steadily throughout most of 2012, the biggest jump has occurred in the past few months. From December 2012 to March 2013, the average price per square foot of a home sold in Foster City was $541, and was never below $500 in any of the four months. In all of 2010, 2011 and the first eleven months of 2012, there was only one month when the average price per square foot was above $500, and in the entire period it averaged $466. 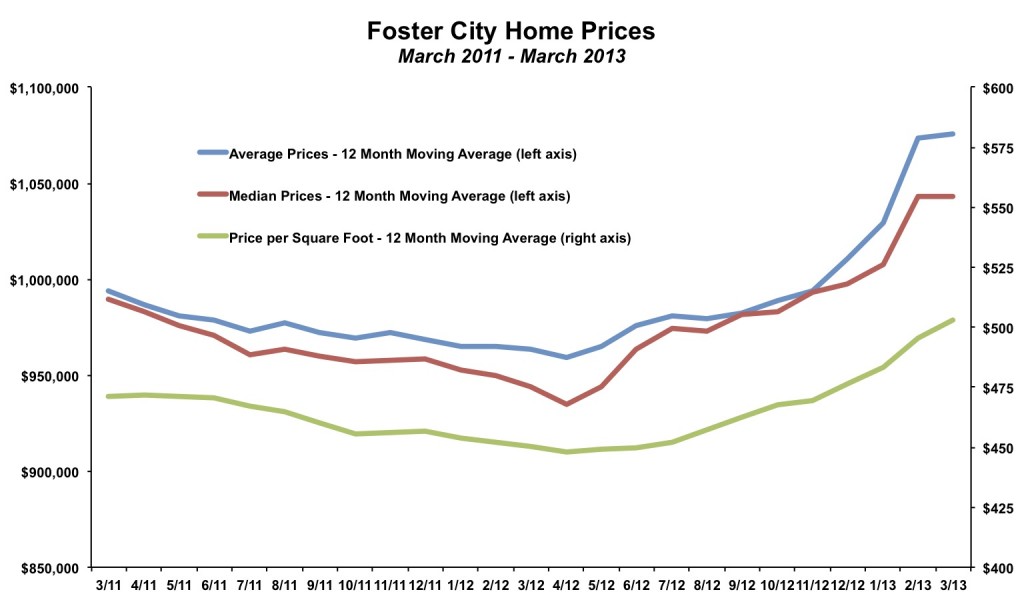 Prices are rising in part because buyers are having to compete for a limited supply of homes. Inventory levels fell sharply in 2012 and have remained low into 2013. At the end of March 2013, there were 9 homes for sales in Foster City. Two years prior, there were 28 unsold homes on the market at the end of March 2011. A prospective buyer has 1/3 as many homes from which to choose. After narrowing down the available listings based on price, location and size, a buyer that is only looking in Foster City may find that there are no more than 1 to 2 listings that match their criteria (if any). Buyers are being much more aggressive with their bids because they are increasingly worried that if they miss out on the current listing they will be priced out of future listings. The end result is rising prices as buyers continue to up the ante.

There have been 17 homes sold in Foster City in the first three months of the year, down from 23 homes sold in the same period in 2012. Sales are down due to a lack of inventory, not a lack of buyers. Unless there is a pick-up in new listings, expect sales levels to stay right around where they have been the last few years at approximately 125 single family homes sold per year. 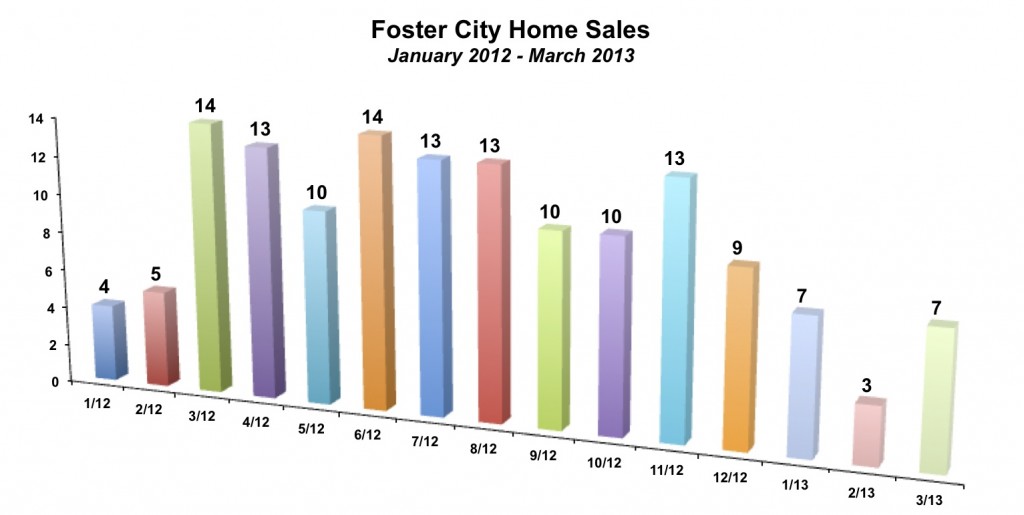 By The Numbers - Foster City Real Estate for 2013