Imbalance Between Buyers and Sellers Grows Even Further

During the height of the real estate boom in the middle part of the last decade, the average ratio of selling price to list price was above 100% for over three years in the San Mateo real estate market. In the current boom, the ratio has been above 100% for 16 straight months as competition has been fierce for many homes, with demand often exceeding our historically low inventory of homes. The ratio was 107.9% in May 2013, the highest since April 2005. A ratio above 100% means that the average sale is for more than the final list price (though even in this market many homes still sell for less than their asking price, as some sellers price too far ahead of the market).

Not only is the ratio above 100%, but it continues to rise, even as sellers have increased their asking prices to reflect recent price increases. Buyers are bidding well above prices that were set based on recent comparables. 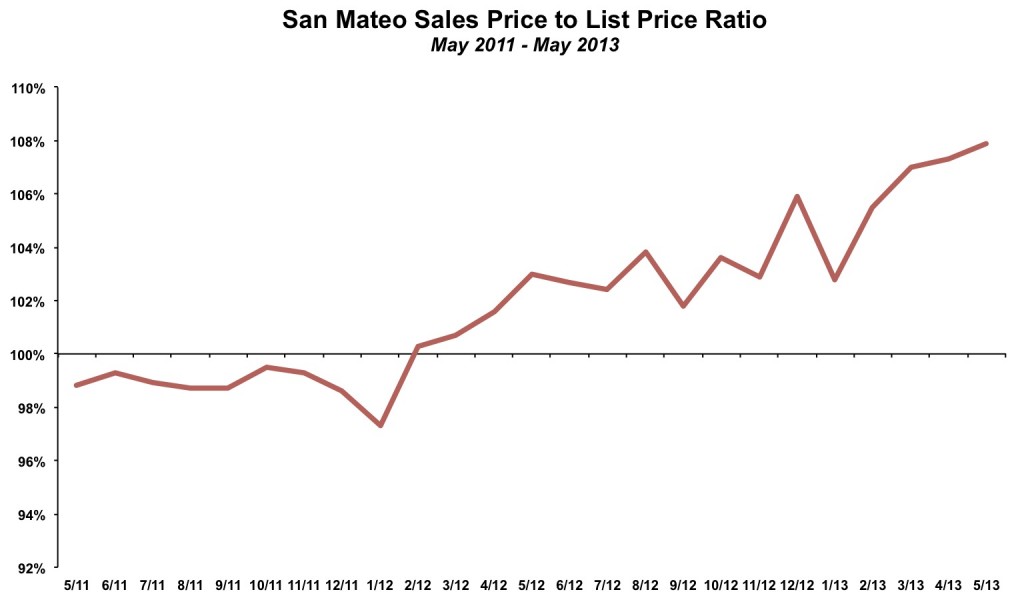 Prices have increased by 10%-15% in the last 12 months in the San Mateo real estate market. The 12 months moving average price per square foot, median selling value and average selling prices are all at their highest since the end of 2008/early 2009.

Prices have been even higher in the past few months. The average price per square foot has been nearly $600 in the past three months, while median prices have approached $900,000. If the current price levels hold, selling values would be the highest since 2007. 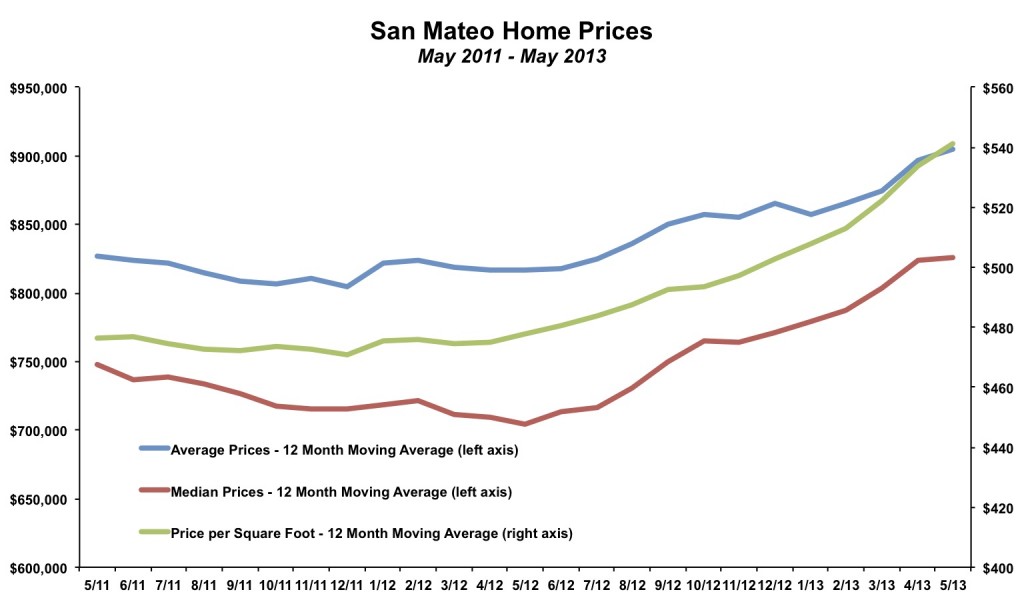 Sales Activity Healthy in May 2013

Sales are off of last year's pace, but not due to a lack of buyer demand. Rather, sales are down because of constrained levels of inventory. At the end of May 2013, there were just under 50 unsold homes on the market in San Mateo as compared to 81 unsold homes in May 2012 and 171 unsold homes in May 2011. Not surprisingly, inventory has fallen because the sales pace has increased at the same time that new listings are falling. The number of newly listed homes is down 14% in 2013 compared to 2012, after falling by 5% in 2012 and 9% in 2011. 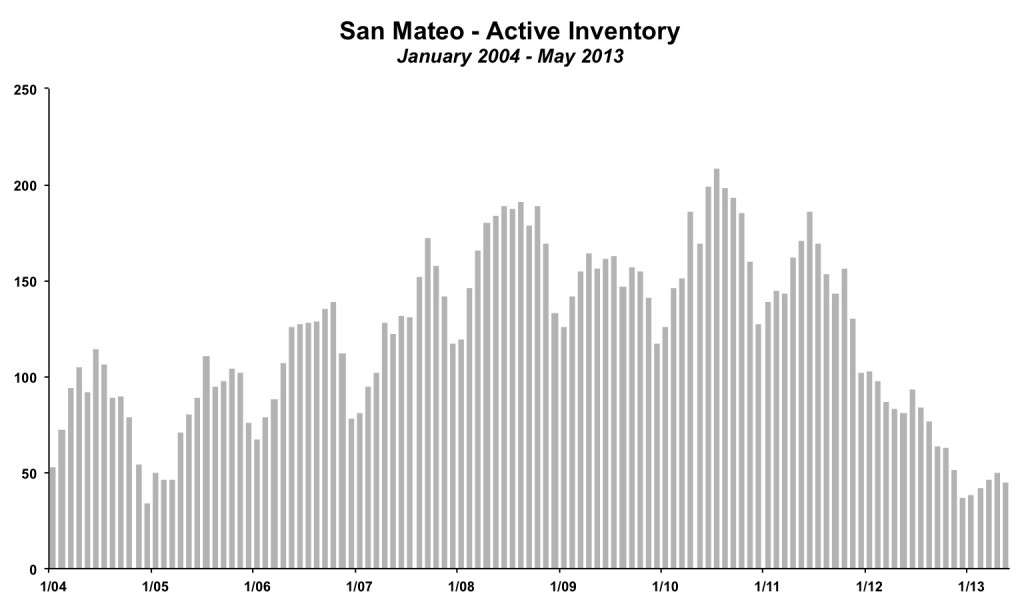