Prices continue to rise in the San Mateo real estate market and have reached record levels. Here are the highlights for March 2014: Prices have increased more than 20% in the past year in San Mateo, and around 35% since reaching bottom in late 2011. The chart below shows 12 month moving averages to smooth out month-to-month fluctuations. These moving averages have recently surpassed the absolute peaks recorded in late 2007/early 2008. 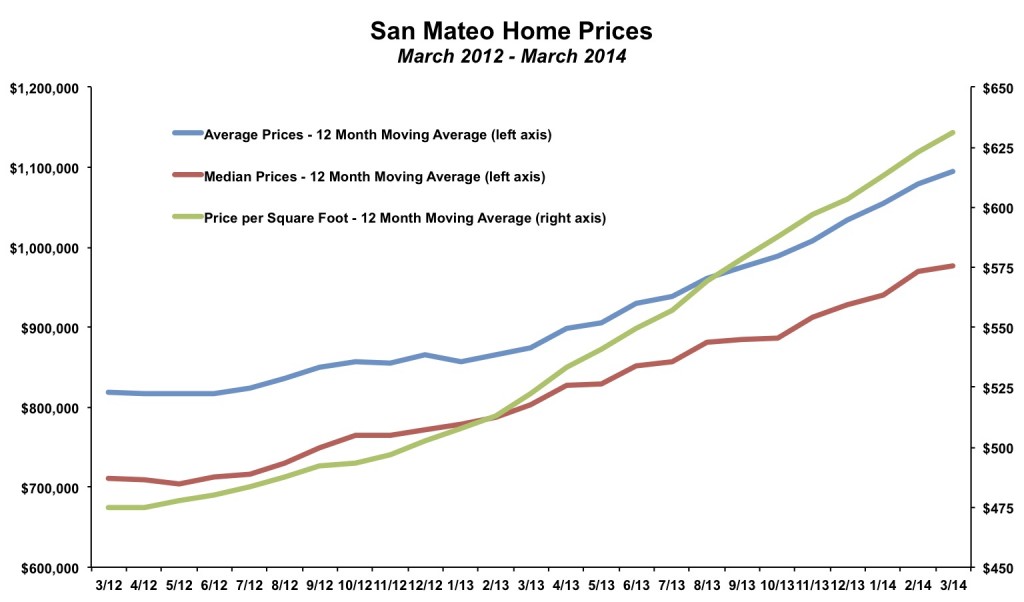 Despite two years of sustained and substantive price increase, buyers continue to bid above ever increasing asking prices. Not only are they bidding above asking prices, but the amount which they are going above also increased. In March 2014, the average home sold for 12% above list prices, the highest in at least the last ten years in San Mateo. 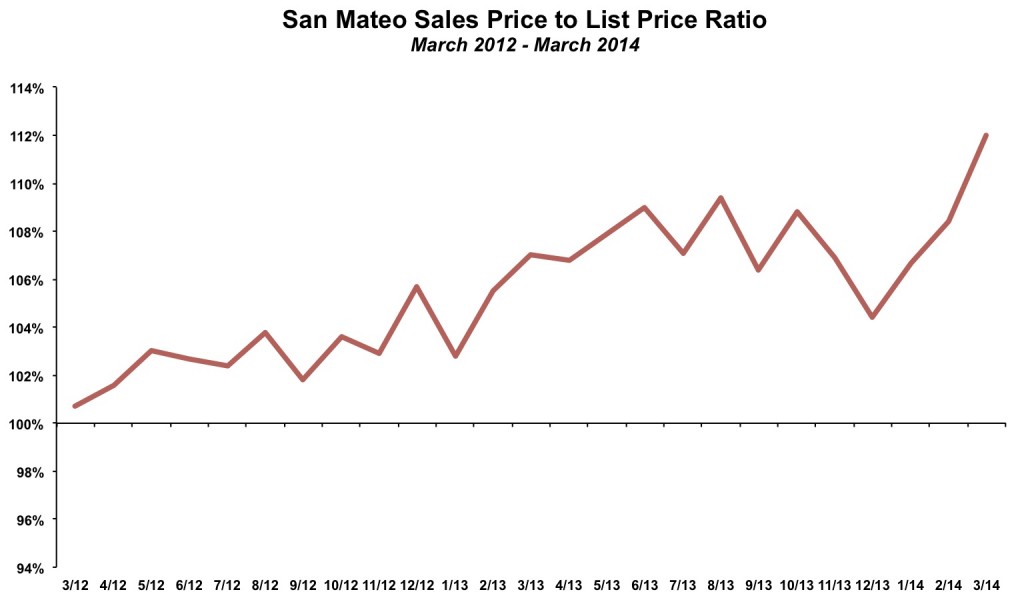 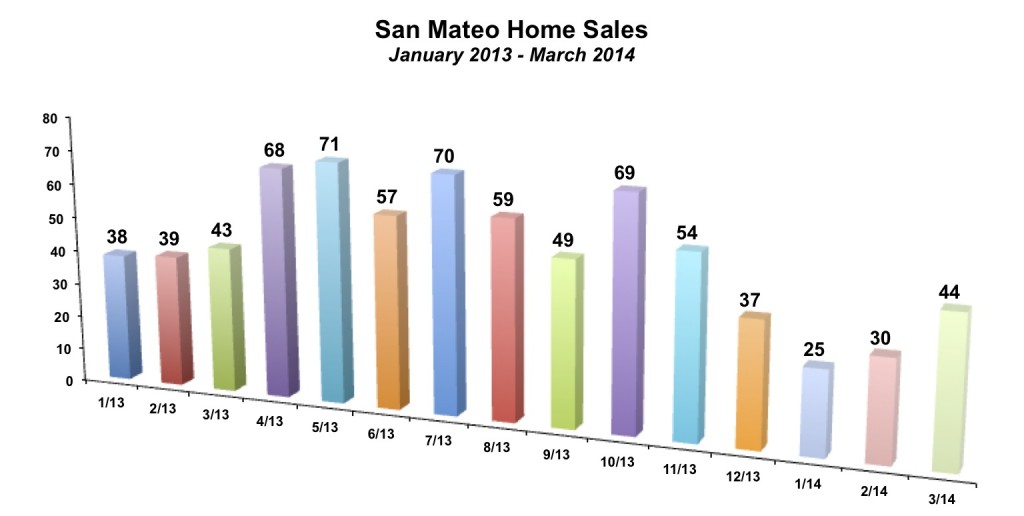 Falling sales is often one of the first signs that a real estate market is slowing. For example, in the previous real estate cycle, sales activity started to slow in San Mateo near the end of 2005. That was about the same time that the rate of price increases began to slow. However, prices still rose modestly over the next two years, so it was not an immediate shift. We will continue to watch sales activity in the San Mateo market. At the minimum, it would require sales to remain low through the middle of summer before one should start connecting a sales slowdown to a price slowdown in the market.

One of the reasons why we are cautious about overplaying any sales in slowdown is that there is a very good reason why sales have fallen. Inventory was at record low levels in November and December, with around 10 unsold homes remaining on the market. This left very few homes to be sold to start the year.

While inventory has increased as is normal as we enter the spring and summer months, it still remains at historically low levels. There were just 37 unsold homes on the market at the end of March in San Mateo. This is down from 48 unsold homes as of March 2013. Inventory peaked at around 200 unsold homes in 2010. 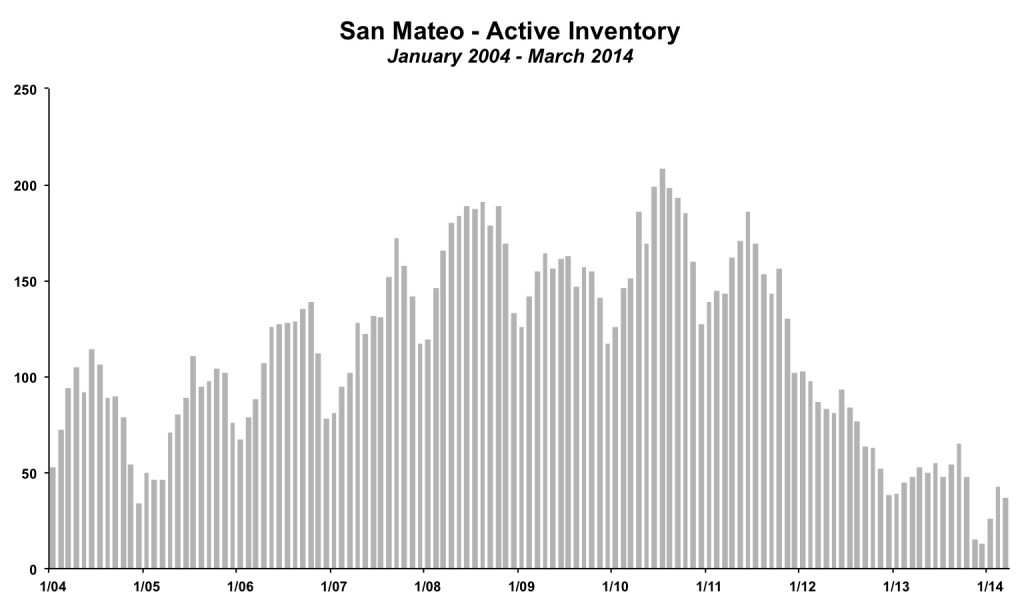