Prices continue to rise in the San Carlos real estate market and sellers are almost unable to increase listing prices fast enough, with the average home being sold for close to 10% above asking (note - even in the strongest sellers market, not all homes sell above the asking price or even end up selling).

As of March 2013, the 12 month moving averages for median price, average price and average price per square foot are all more than 10% above where they were one year ago. Also, they are all within 5% of below the absolute monthly highs seen in late 2007/early 2008. Given the current trajectory, it is very reasonable to think that the sales occurring in the next few months will be at the same price levels as the peak of 5 years ago. While that may not seem impressive at first glance, consider that it may take only 5 years in San Carlos to reverse all of the price depreciation from what economists have identified as the biggest housing crash in the history of the United States. 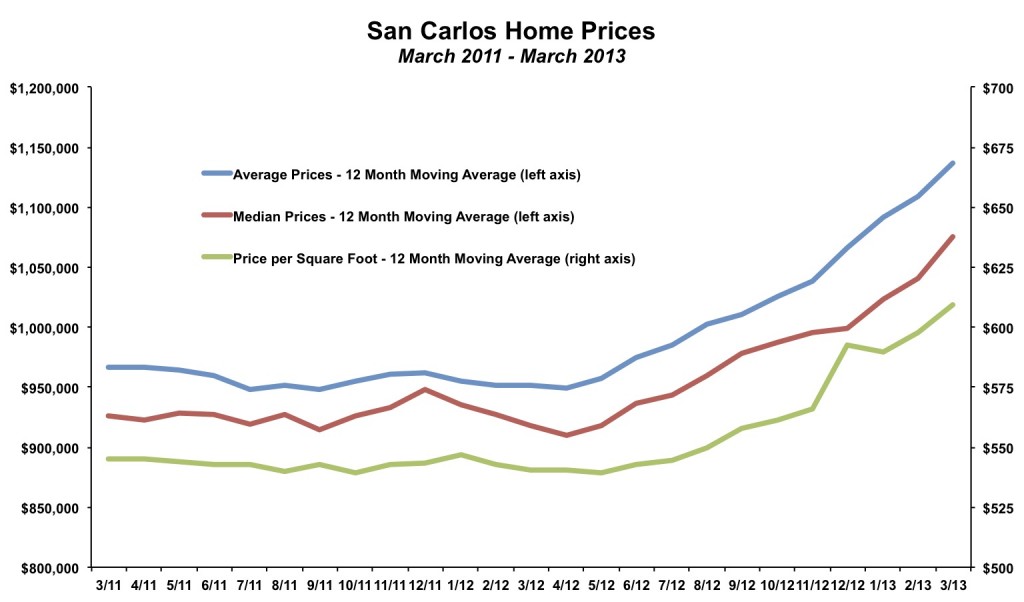 Prices are rising as buyers continue to bid well over asking prices for the best homes in excellent locations. The ratio of the average sales price to list price was 102.3% in 2012. This was the first time above 100% since 2007, and the highest since 2005. The past two months have seen many homes sold for well above the asking price. The ratio was 109.5% in February 2013 and 108.3% in March 2013. These are the highest monthly readings since a four month stretch in the early 2005. 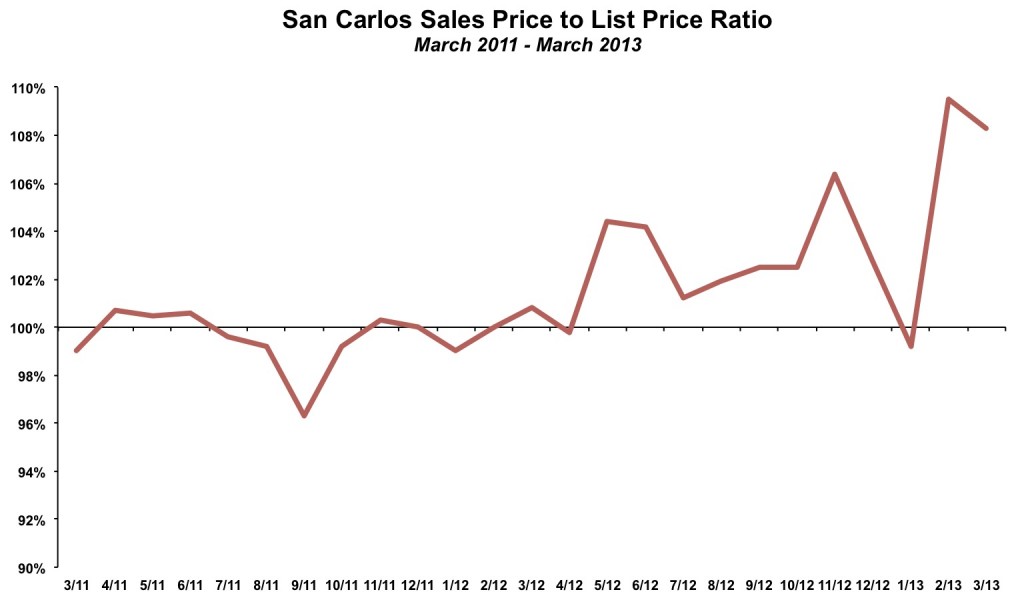 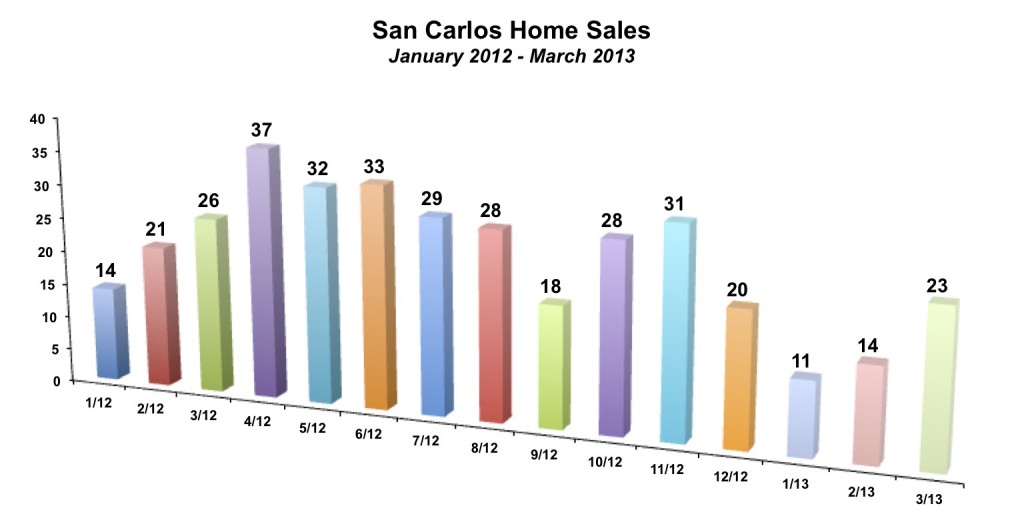