It remains a decidedly sellers market in Burlingame. Prices are at record levels and rising, inventory is at record lows and falling, and buyers continue to outbid each other as most homes sell quickly. Here are the highlights for July 2013 (comparisons are made to data going back to January 2004) The chart below shows the 12 month moving average (to smooth out random month-to-month variation) of the average price, median price and average price per square foot in Burlingame. As of July 2013, all three measures are showing their highest recordings ever. Given that this is a 12 month moving average and that prices are on an upward trajectory this is a clear sign that prices have reached new territory. Another way to make the same point is that the median and average selling prices have been above $1.5 million in 6 of the 7 months of the year so far, and are clearly on pace to be above $1.5 million on an annual basis for the first time ever.

On a year-over-year basis, prices have increased by about 15%. Since reaching bottom in the middle of 2011, prices have risen more than 20%. 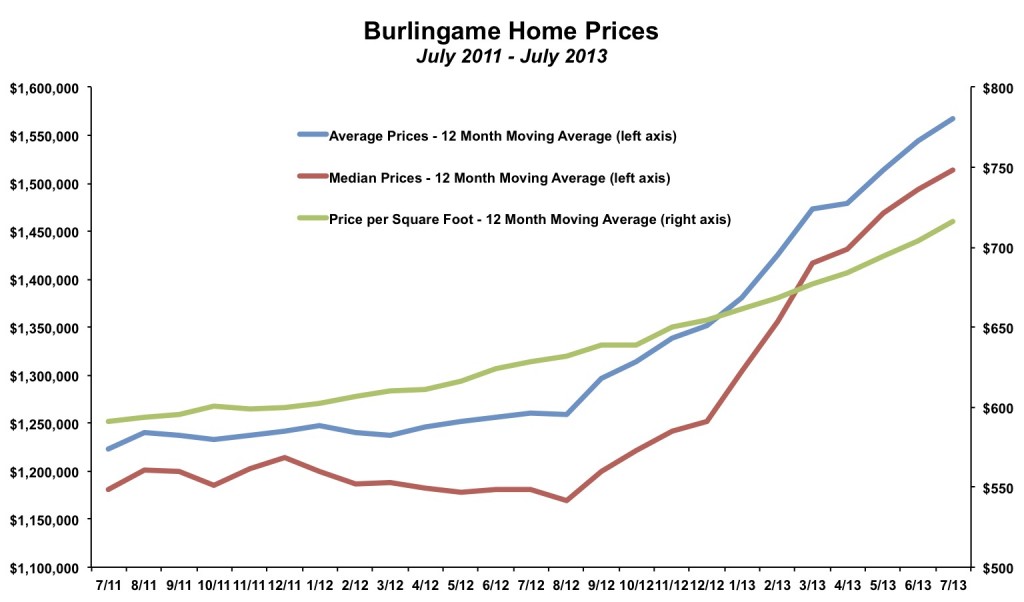 The average sales price to list price ratio remains well above 100% suggesting that buyers continue to bid against each other on a regular basis. In July 2013 the ratio was 104.1%. This ratio is often a leading indicator. When it rises and stays above 100% it often signals rising prices, and vice versa when it falls it can signal flat to declining prices. Right now the indicator is signaling continued price increases. 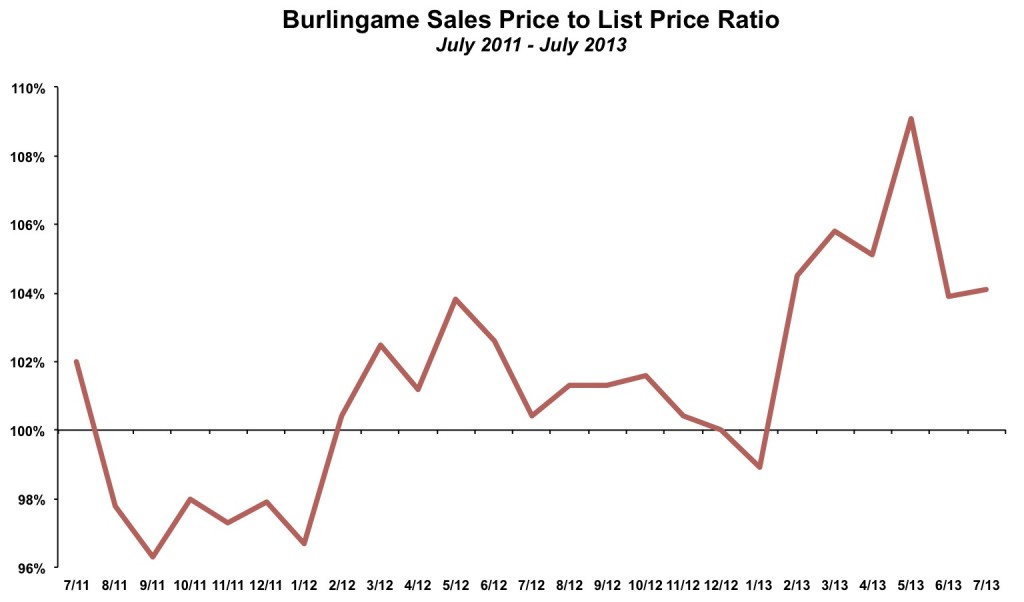 Steady Number of Sales in July 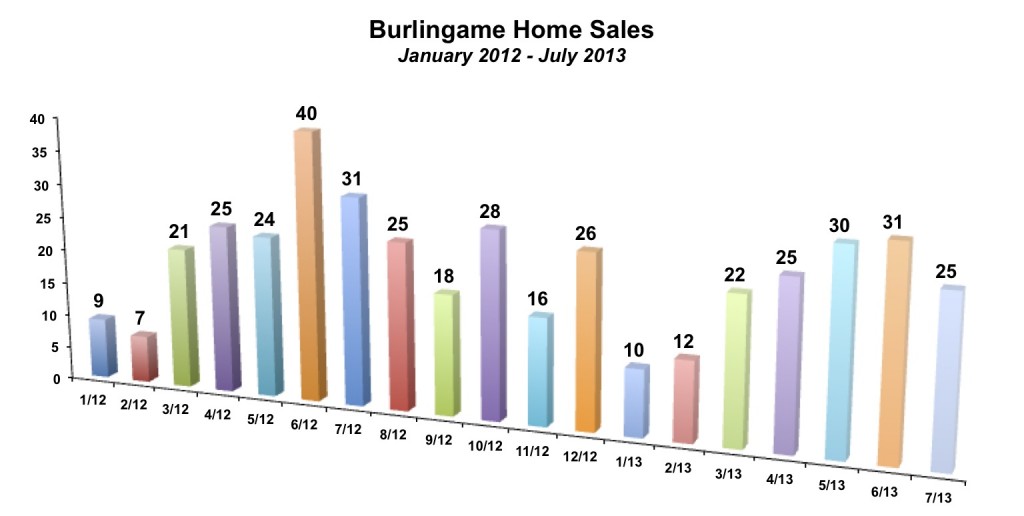 Inventory, which is typically higher in the summer, unexpectedly declined in July to just 16 unsold homes at the end of the month. In the last ten years, July inventory has been between 30 and 70 homes, so having just 16 listings left is historically low. One measure of inventory that accounts for how many sales there are in an area is the months of supply. It shows how many months it would take to clear the current inventory at the most recent monthly sales rate, assuming there were no new listings. In July 2013, it was just over 0.6 months, the lowest in the last ten years in Burlingame. A lack of supply, coupled with continued strong buyer demand points to sustained upward pressure on prices. 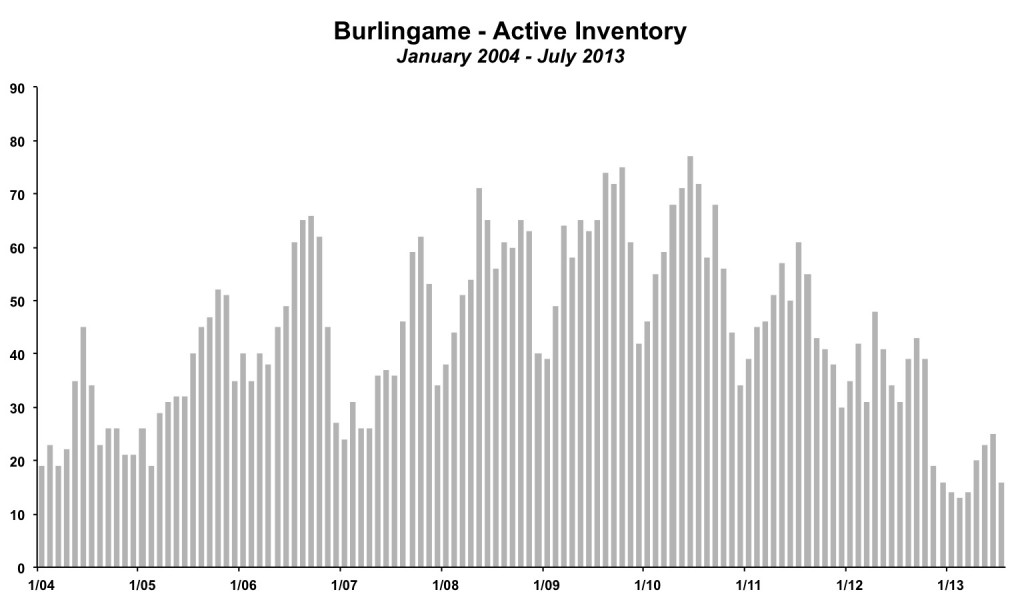 Below is a selection of recent Burlingame real estate sales, sorted by area of Burlingame. As you can see, most homes continue to sell above the asking price; of the 21 homes shown below, 14 sold for more than the asking price and 1 sold for equal to the final asking price. Of the 6 listings that went for less than the final list price, the average price per square foot was $669, well above the level seen in the past few years. The minority of homes that are going under the asking price are often cases where sellers are pricing too far ahead of the market, instead of examples of weakness in the market.

Homes continue to sell extremely fast. The majority of homes that end up selling are gone in less than two weeks, and only a handful remain on the market for more than four weeks.