Homes continue to sell for 10% above asking prices in the San Carlos real estate market as buyers compete against one another. Here are the highlights as of July 2014 (as compared to data since early 2004): The chart below shows the 12 month moving average median price price, average price and average price per square foot in San Carlos. The moving average helps to smooth out random month-to-month fluctuations to give a clearer view of trends. The trend is clear. Prices are rising. They have increased by about 15% over the past 12 months. Since reaching bottom in early 2012, prices have increased by more than 40%. 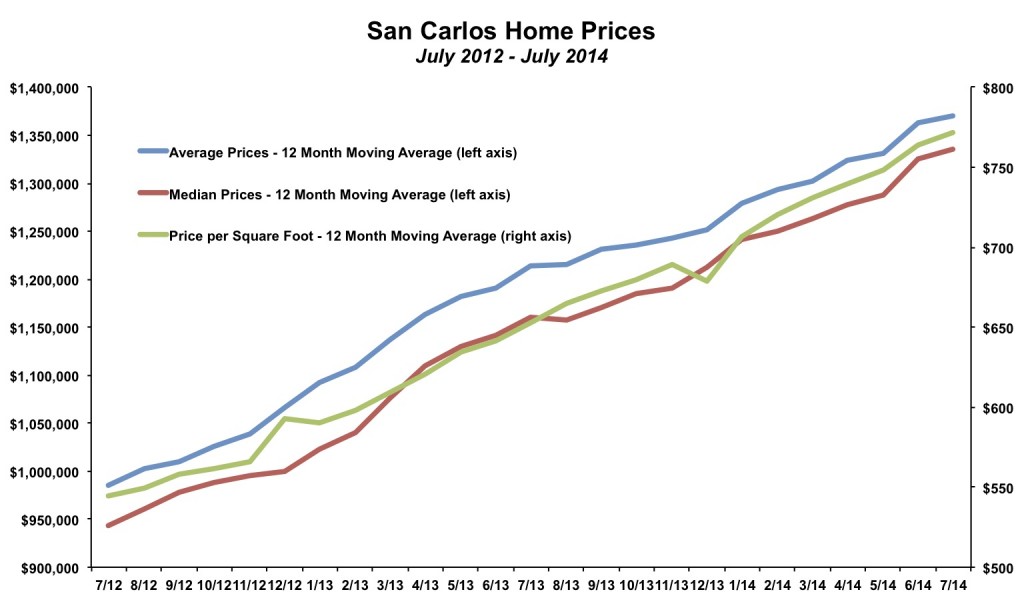 As measured by the ratio of sales price to list price, San Carlos continues to see some of the highest bidding wars anywhere in the mid-Peninsula. Buyers have regularly been paying well above asking prices since early 2013. This has intensified in the past six months with the average home selling for more than 10% above the list price (though it always bears repeating, even in this market not all homes sell above asking prices). The ratio was 111% in July 2014. In a market where the average price is around $1.4 million it means that the average bid above asking is approximately $150,000. Until the ratio of sales price to list price reverts back to 100%, it is a sign that prices are likely to continue to rise. 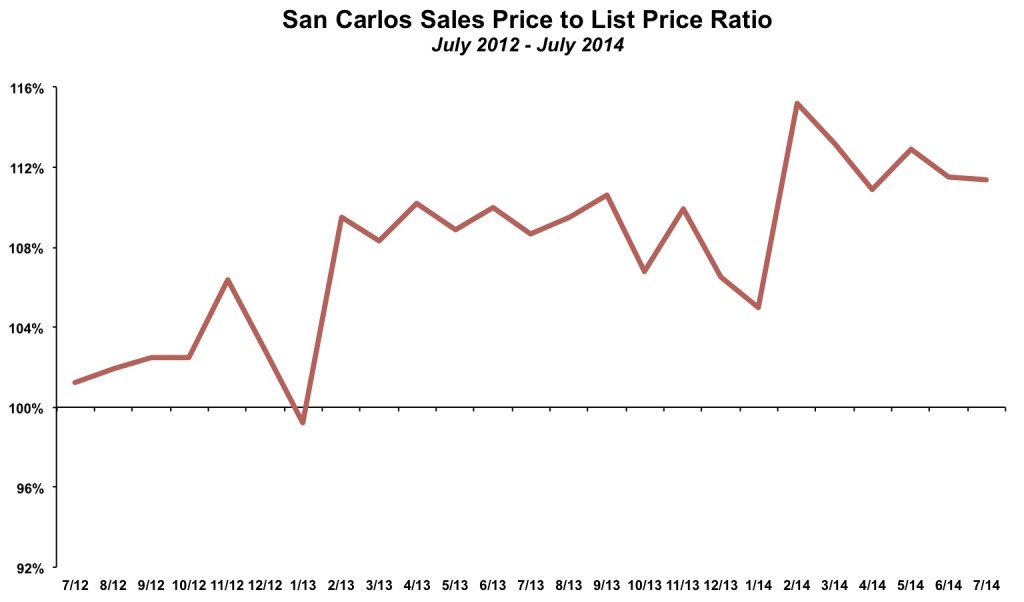 Sales About Even with Last Year

Inventory remains at historically low levels in San Carlos. There were just 22 unsold homes on the market at the end of July 2014. Inventory is highly seasonal and normally reaches a peak during the summer months. The current inventory levels are the lowest recorded in San Carlos for July in at least 10 years. The current inventory is well below the previous low of 34 unsold homes seen in July 2012. It bears repeating, low inventory favors sellers. With fewer homes for sale, buyers are forced to compete for a limited supply of listings. This leads to multiple bids and rising prices. 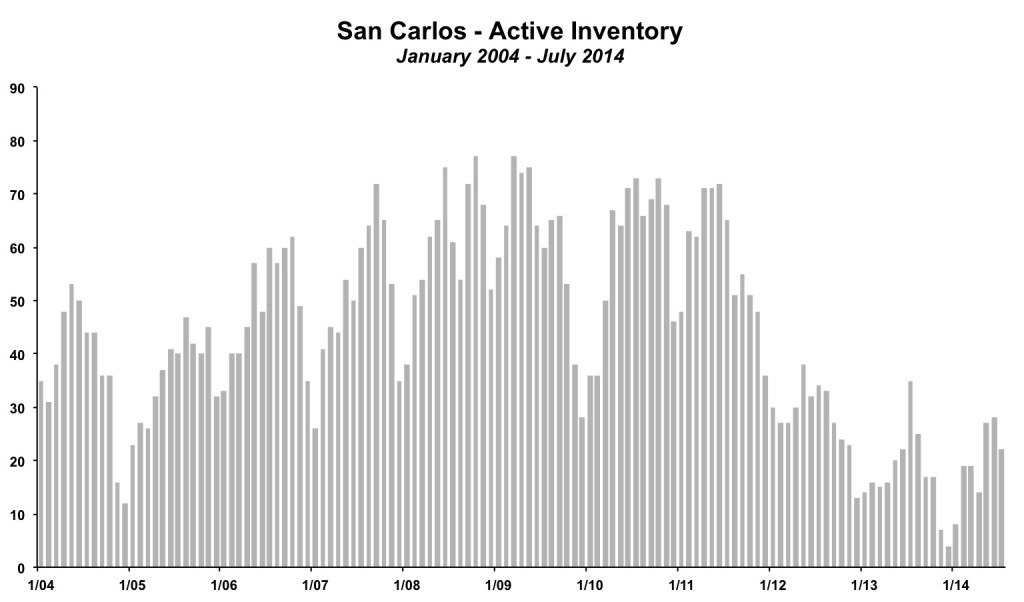