Bidding wars between buyers in the San Carlos real estate market continued in May 2013. The vast majority of listings are selling quickly at or above asking prices. Market highlights include: As of May 2013, the 12 month moving averages for median price, average price and average price per square foot are all 15% to 20% above where they were one year ago, when prices first started to noticeably increase. The smoothed data shows prices to be essentially tied for the highest levels ever in San Carlos. However, given that the current trajectory is clearly upward (and when the previous high was set in 2007 prices had just reached their apex) the prices that buyers pay in June, July and August will be higher than their theoretical counterparts paid six years ago. 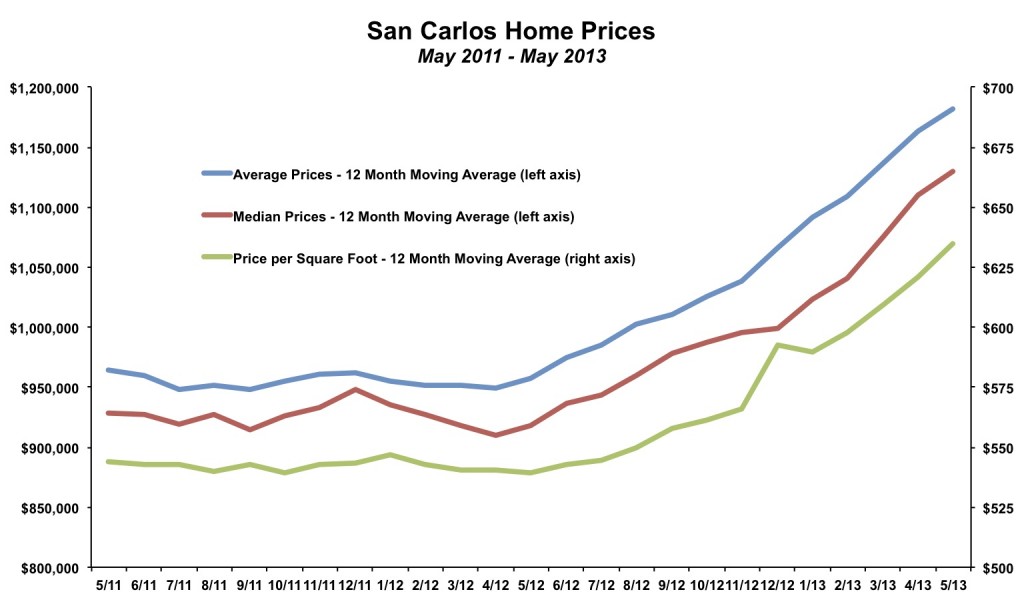 When healthy demand meets a lack of supply in a real estate market, buyers bid above asking prices. This is what is happening in the San Carlos real estate market. The ratio of the average sales price to list price has been above 108% in each of the last fourth months, matching some of the sustained buying frenzy last seen in the middle of 2005. Sellers are already reacting to market conditions by raising asking prices. Buyers should expect this to continue as sellers set prices based on more recent comparable sales. 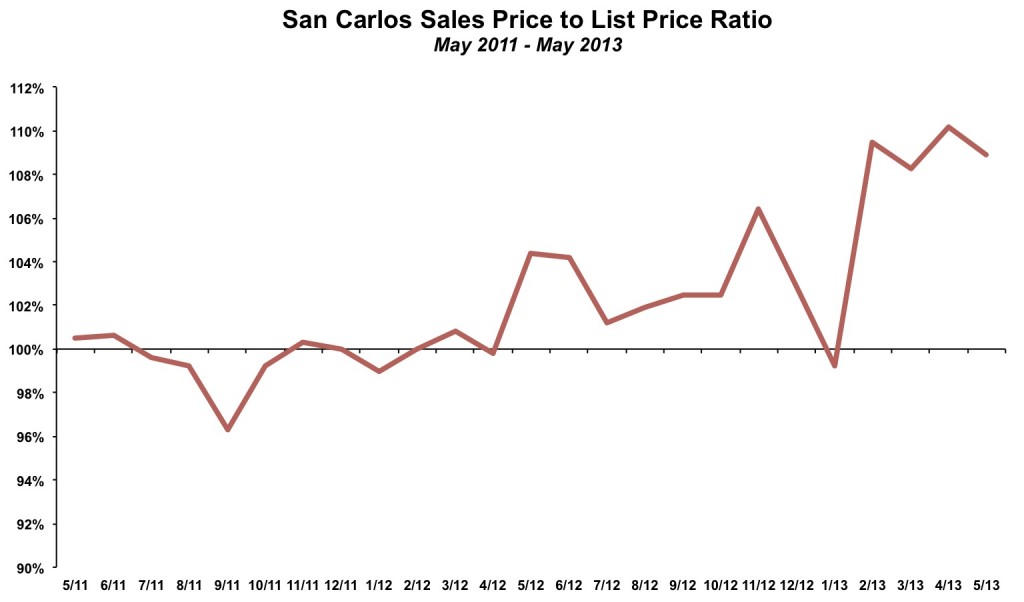 Robust Sales in May, But Low Inventory Will Impede Future Sales

After a slow start to the year in terms of the number of transactions, there was an uptick in May 2013 in San Carlos. There were 38 homes sold, the most in a May in at least ten years and slightly above the 32 homes sold in May 2011. However, for the year, sales are down about 16%. There is not enough inventory to sustain the pace set in 2012, when 317 homes were sold, the most since 2006. 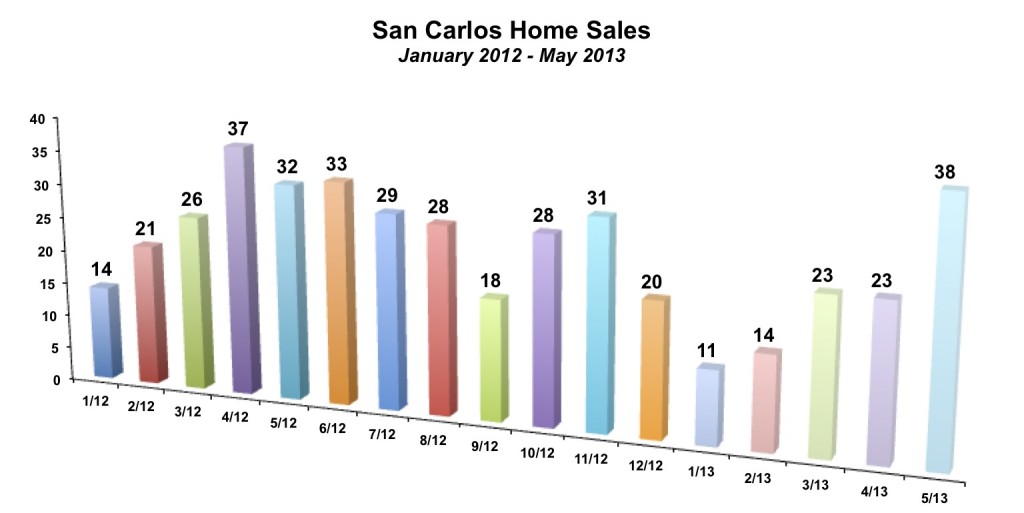 At the end of May 2013, there were just 18 unsold homes on the market in San Carlos, as compared to 38 unsold homes in May 2012 and 71 unsold homes in May 2011. In the past ten years, May inventory levels have never previously been below 37 homes, so what we are currently experiencing is historically low inventory levels! Because of the lack of supply, nearly every home that is listed is selling. There have been only 10 homes whose listing either expired or was cancelled in San Carlos through May. Not all of these listings represent a failure to sale, as sometimes sellers simply change their minds, but it does provide a good baseline. From 2008 to 2011, there was an average of 10 listings that expired or were cancelled every month.  It's obviously a different market these days!