Buyers are responding to low inventory by increasingly making offers above asking prices in the Hillsborough real estate market. The result is a continued rise in prices, which are at record levels. Highlights as of April 2014: Prices continue to rise in Hillsborough. In the past 12 months, prices have increased by around 10% to 15%. Since reaching bottom a few years ago, prices have increased by 25% to 30%. Prices are at least 5% above where they were at the absolute peak in late 2007/early 2008. 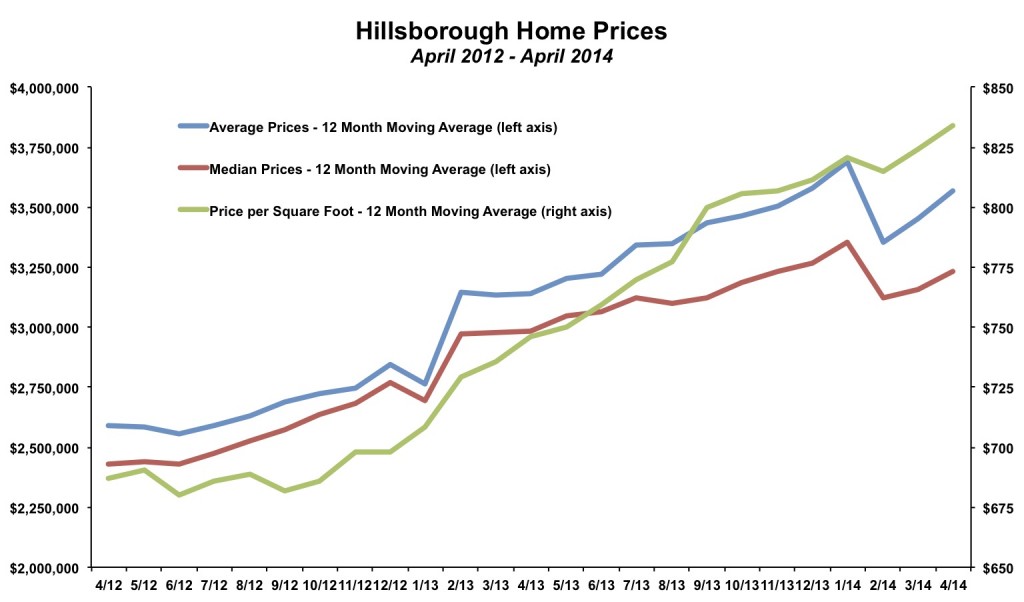 The ratio of average sales price to list price was 101.8% in April 2014. That is, the average sales price was about 2% higher than the list price of the homes sold. This is the third straight month above 100%. Hillsborough is a bit idiosyncratic and in a neutral market where prices are neither rising nor falling, the ratio is usually in the range of 96% to 97% (in most cities in the mid-Peninsula, neutral is around 100%). There has been only one instance in the past 10+ years where the ratio was above 100% for three straight months. This occurred in early 2005.

A ratio that is above the normal baseline for an area is foremost a signal that buyers are more regularly making offers above sellers asking prices. It is a very important indicator because buyers would not be putting in these higher offers unless they felt that it was needed to win the property. The fact that it is needed is highly suggestive of an imbalance between buyers (more of them) and sellers (less of them). As long as this imbalance remains, the environment of rising prices should persist. 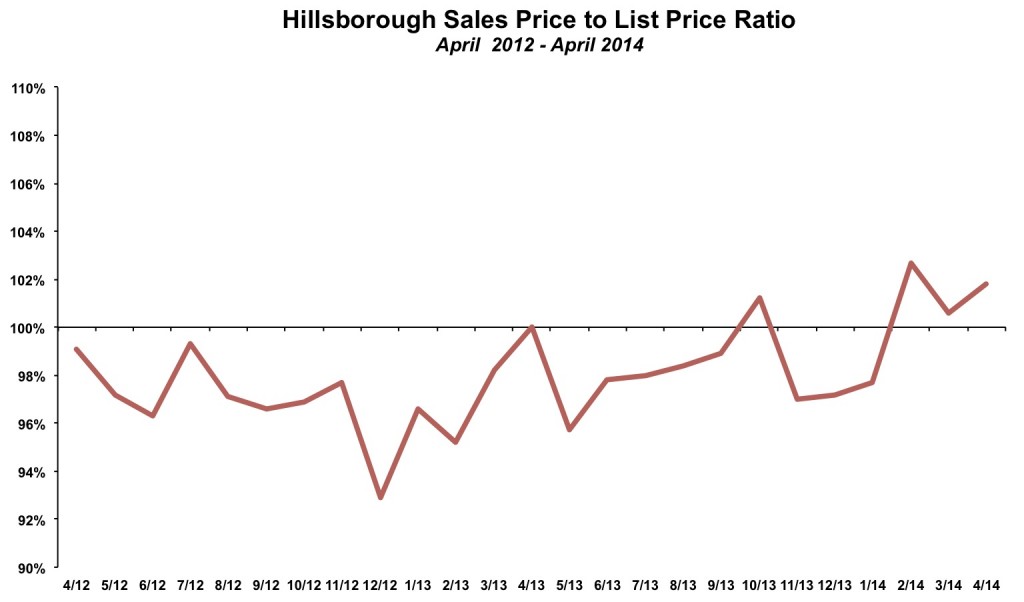 Home Sales Even With Prior Year Pace

Ten homes closed escrow in April 2014, bringing the total number of sold homes through the first four months of the year to 43. Last year at this time, 44 homes had been sold.

While the number of sold homes is about flat year-over-year, the opportunity (measured by number of listings) has been much lower this year. There have been 10 fewer newly listed homes in 2014 than 2013 (71 new listings through April versus 81 new listings at the same time last year). Also, inventory levels are way down. There were just 37 unsold homes in the Hillsborough real estate market at the end of April 2014 as compared to 56 unsold homes at the end of April 2013. Current inventory levels are very low by historical standards, especially when adjusted for seasonality. In the past ten year, April inventory had fluctuated between 48 and over 75 unsold homes. Having just 37 available listings puts pressure on buyers as the will more often find themselves competing against other offers. Typically, inventory levels increase in the summer as more people list their homes. So far, we haven't seen much of an increase in inventory. If inventory remains low for the next couple of months, one would expect to see more and more listings experience multiple offer situations. 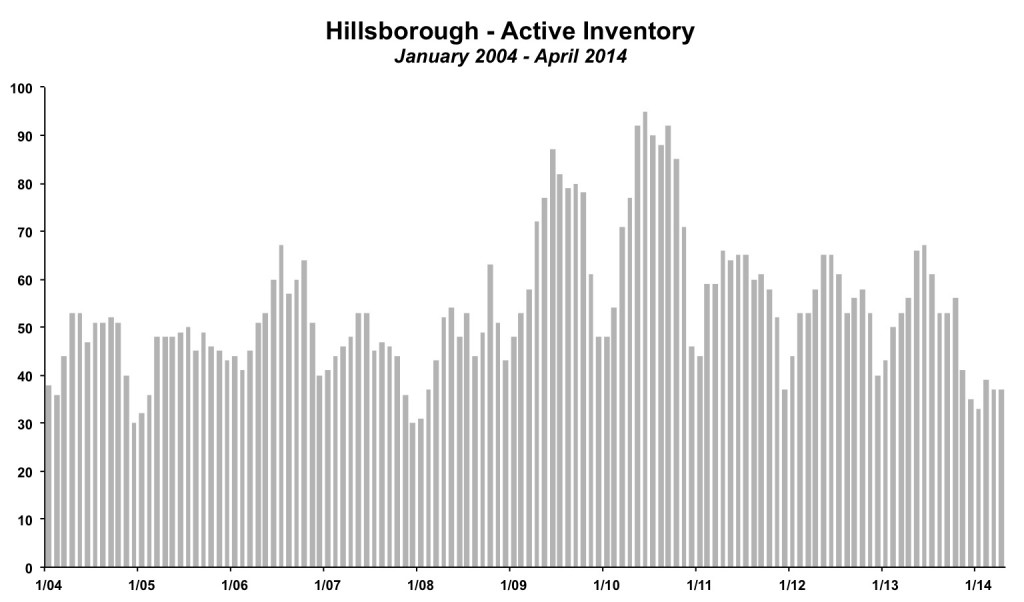