Prices have risen and continue to increase in the Hillsborough real estate market. Highlights as of August 2013: Prices continue to rise in Hillsborough, the north peninsula's most exclusive town. Prices have increased by approximately 15% in the past 12 months and by nearly every standard measure are above the previous peak selling values seen in late 2007/early 2008. 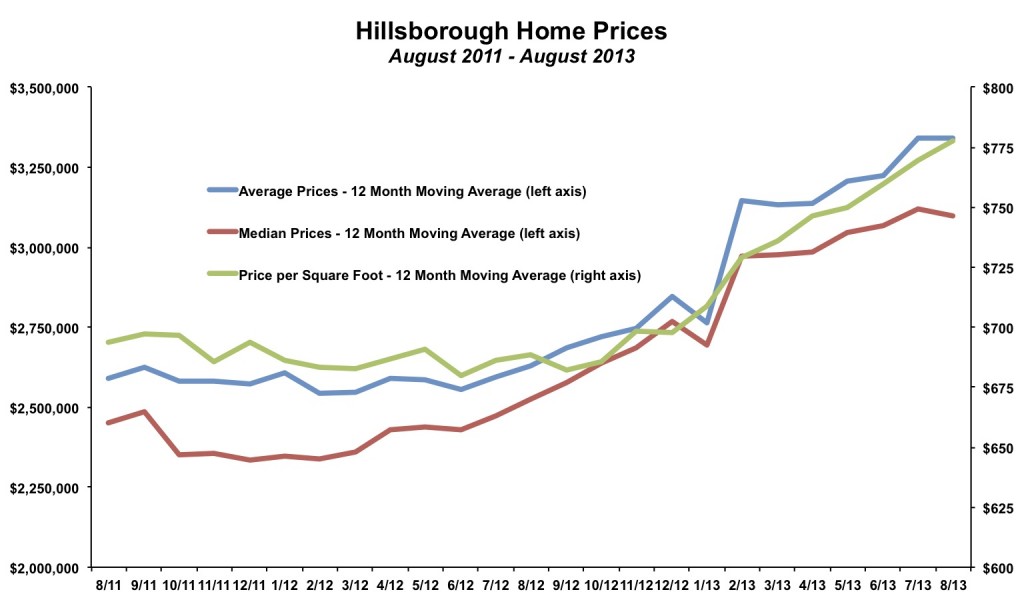 One interesting thing about the Hillsborough market is that on average, sold homes end up going for less than the final asking price. Not all homes do so of course, but on average, homes sell for 2% to 5% below asking. Like other areas, the ratio of sales price to list price increases during market upswings and declines in market downturns, but unlike other areas it rarely breaks the 100% threshold. In fact, over the past ten years, it has been above 100% in just 10 months. In neighboring Burlingame it has been above 100% in 59 months, including most of the past year and a half. San Carlos and San Mateo have had similar experiences to Burlingame. Buyers (and sellers) should be aware and recognize that it might mean taking a different approach to a listing in Hillsborough than in a neighboring area. 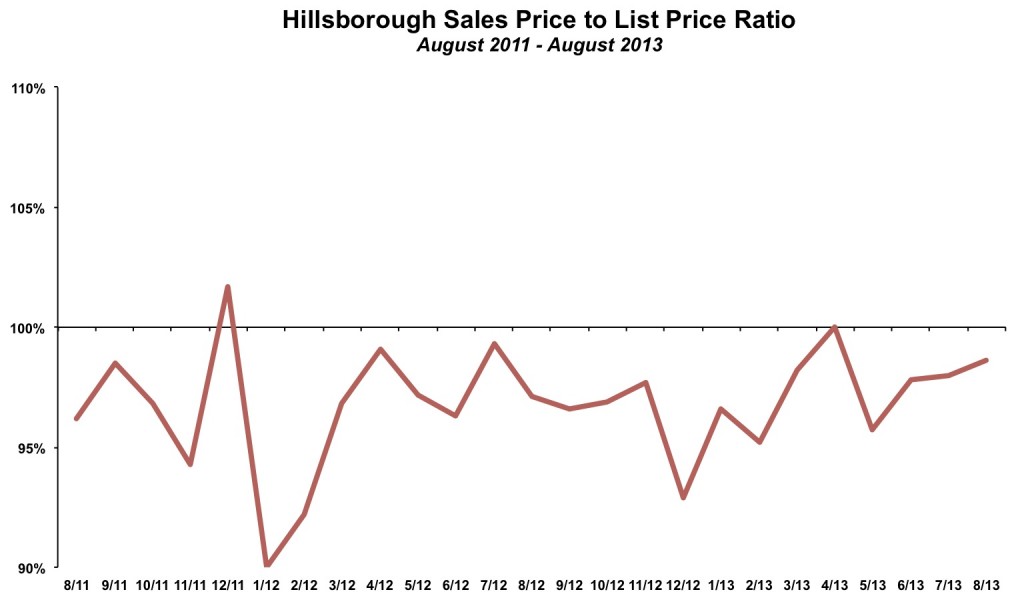 Inventory Falls in August, but Not at Historic Lows Like Nearby Areas

Across San Mateo County, inventory levels in the real estate market are at historic lows. At the end of August 2013, there were well under 650 unsold single family homes on the market. In the last ten years August inventory has never been below 800, and is regularly well above 1,000.

In Hillsborough, inventory did fall a bit in August to 51 unsold homes, but on average, inventory levels have been about even with historical patterns. Buyers looking to buy a high end home in nearby Burlingame, San Carlos or San Mateo may want to look at Hillsborough given that relative amount of supply of homes. 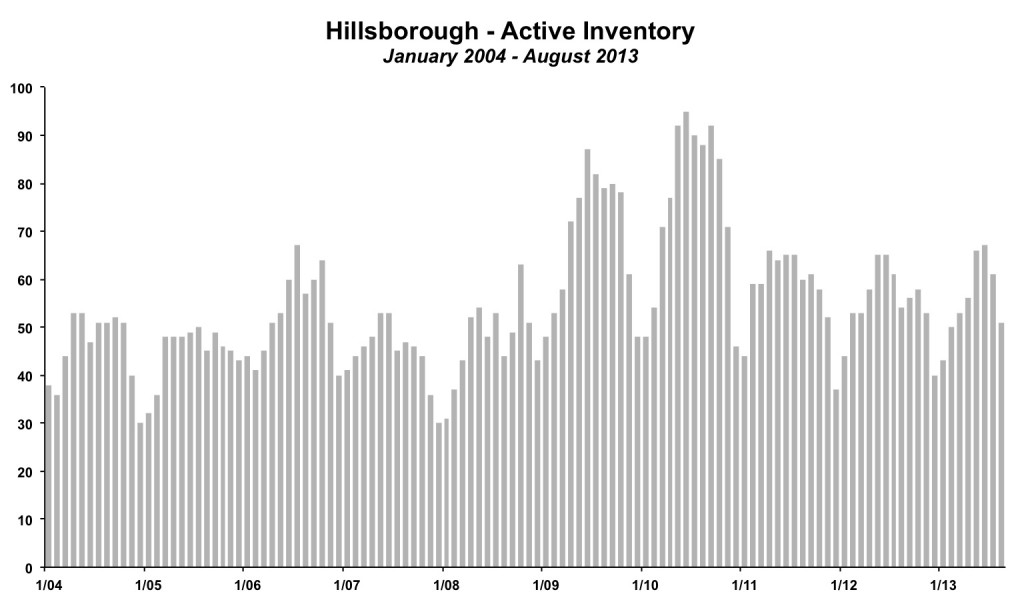 One interesting piece of information is that with the moderate amount of sales activity this year, combined with record prices, the total dollar volume of sold homes is on pace for a new record. By the end of the year, there will likely be somewhere between $450 to $500 million of total sales in Hillsborough. That happens to be the same that the city of Burlingame is on pace for as well.