Average Sold Home on Market for Less Than 2 Weeks

No changes in the marketplace as the sellers market continues in the San Mateo real estate market. The majority of homes are selling quickly and above asking prices. Selling prices are rising. The most recent month was somewhat historic, with the lowest days on market, highest median price and higher sales price to list price ratios in at least the past ten years (if not ever) in the city of San Mateo. Here are the highlights for August 2013. Prices continue their steady upward rise. The chart below shows 12 month moving averages to smooth out month-to-month fluctuations. With prices increasing so rapidly, it somewhat understates the current levels. The 12 month moving average price per square foot is $569, but it has been at or above $620 each of the past three months. Valuations are comparable to the previous peak in 2007, though will vary from home to home. Prices have increased by approximately 20% in the past year. 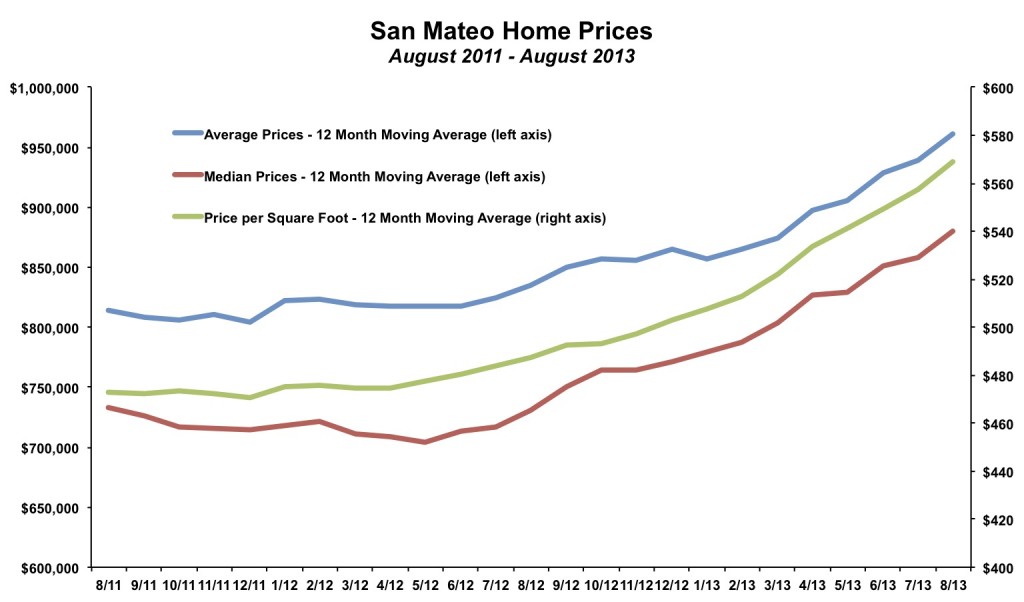 In the current boom, the ratio of the average sales price to list price has been above 100% for 19 straight months as competition has been fierce for many homes, with demand often exceeding our historically low inventory of homes. The ratio was 109.4% in August 2013, the highest in at least ten years. This state can exist for a long period of time. In the middle of the last decade, the ratio was above 100% for all but two months for about four years! 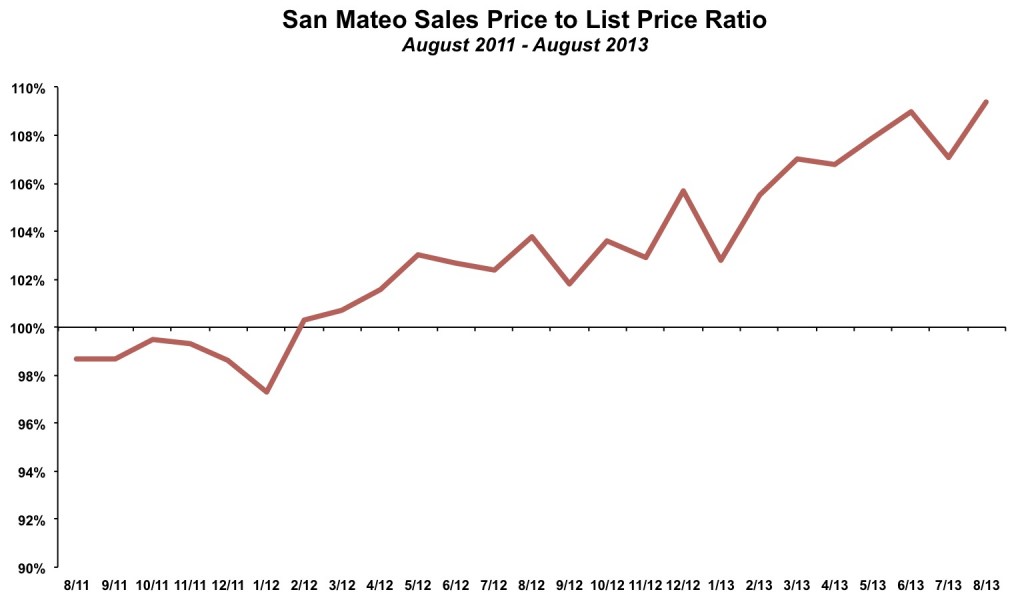 Fewer Sales in 2013, But Fewer For-Sales Homes Too

There were 59 homes sold in August 2013, down slightly from the 63 homes sold in August 2012. There have been 445 sales in San Mateo in the first eight months of 2013, down nearly 8% from the 482 sales in the first eight months of 2012. However, listings are down 10%, so the percentage of listed homes that end up selling is actually on par, if not a bit higher than last year.

Inventory remains near historic lows after falling sharply since 2010. During 2013, the number of unsold homes at the end of the month has been around 50 listings. At the end of August 2013, there were fewer than 45 unsold homes. Given that monthly sales volumes have been well above 50 homes, this means that the relative supply of homes is less than a month. This is indicative of a very tight market. 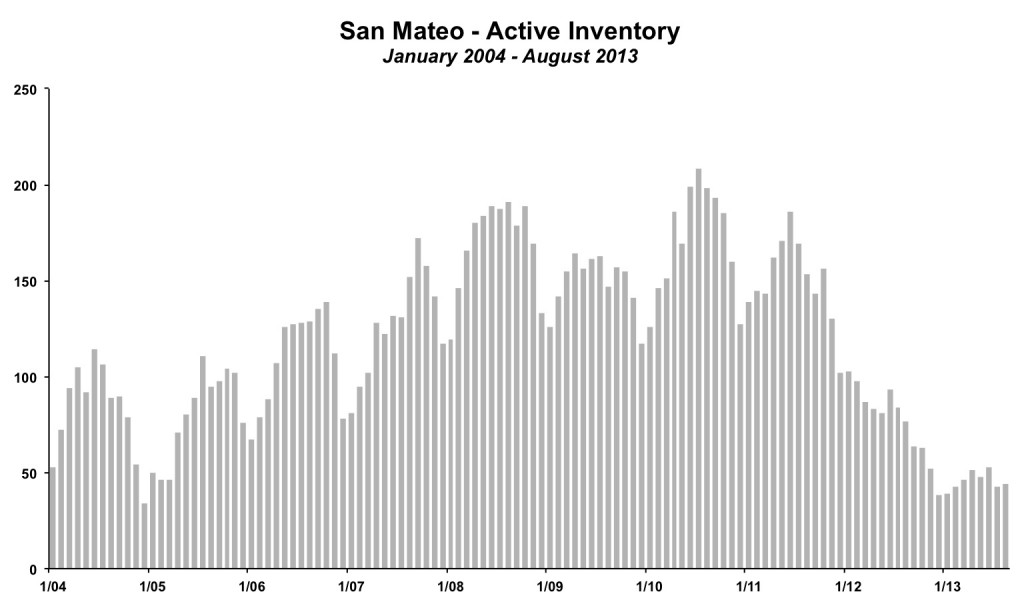