Many homes continue to sell for well above asking prices in the San Carlos real estate market as buyers compete against one another. Here are the highlights as of October 2014 (as compared to data since early 2004): The chart below shows the 12 month moving average median price price, average price and average price per square foot in San Carlos. The moving average helps to smooth out random month-to-month fluctuations to give a clearer view of trends. Over the past 12 months, prices have increased by about 15%. They have increased by about 15% over the past 12 months. Since reaching bottom in early 2012, prices have increased by around 45%. They are now ~20% above the levels in the previous peak of late 2007/early 2008. The rate of price appreciation may be slowing. In the first five months of the year, the average price per square foot was $809. In the following five months, it was slightly lower at $807, though the average sold home was also slightly bigger (and typically larger homes sell for less per square foot). 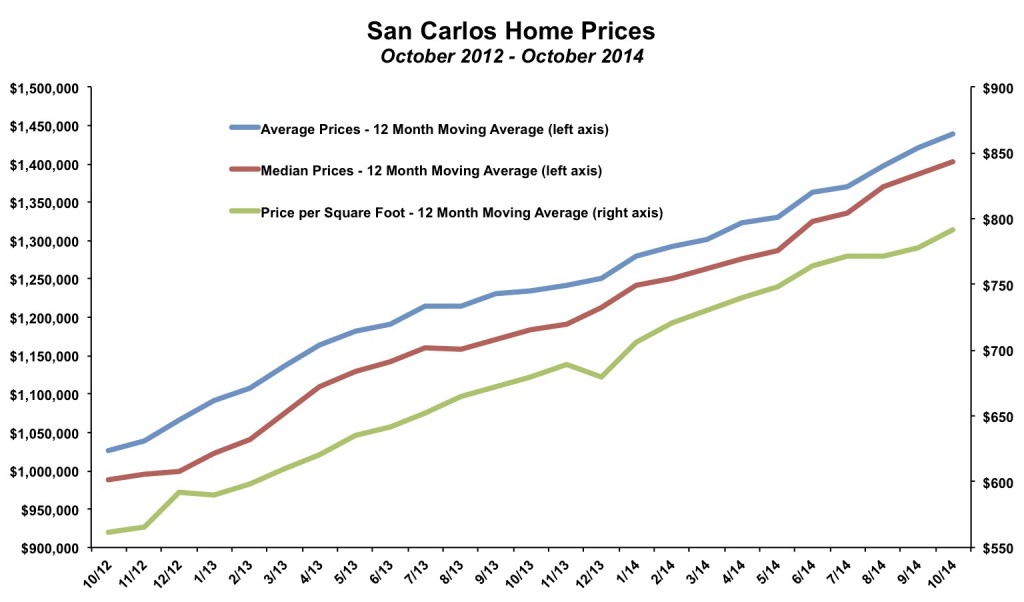 As measured by the ratio of sales price to list price, San Carlos continues to see some of the highest bidding wars anywhere in the mid-Peninsula. Buyers have regularly been paying well above asking prices since early 2013. A "normal" ratio is around 100%, which means that on average, homes that end up selling go for their asking price. For most of 2014, the ratio has been above 110%, which is unheard of in most markets in any period. In the past few months, the ratio has dipped to a still-high 106%. The ratio was 106.6% in October 2014 (to put that into perspective, the highest monthly ratio in all of San Mateo County in the past ten years was 107.7%, in April 2014). 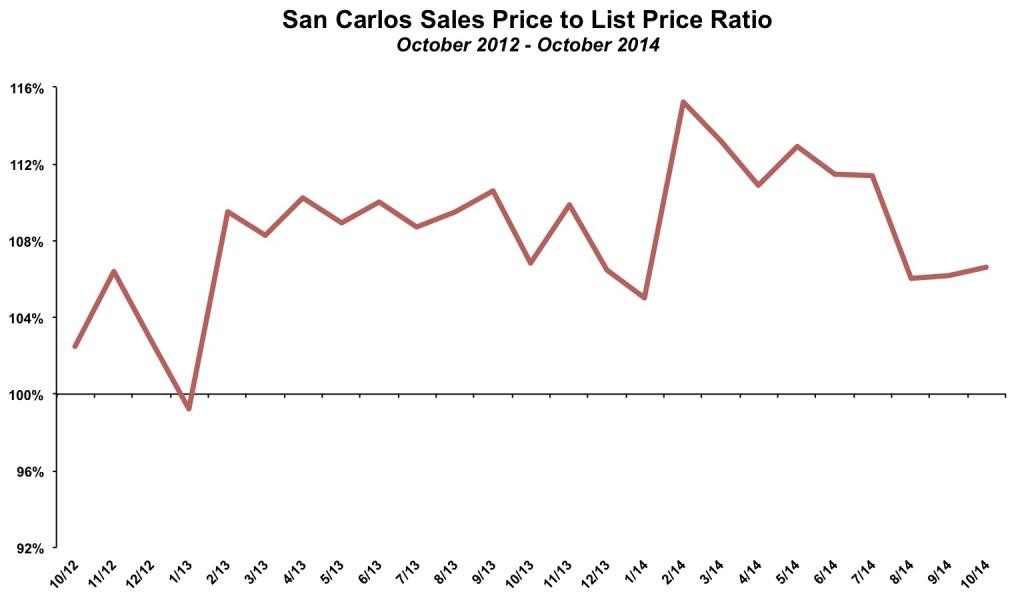 Sales Down Slightly From Last Year

The sales pace in 2014 has been slightly below 2013. Through the first ten months of 2014 there have been 247 homes sold, down from 260 sales in the first ten months of 2013. Barring an unexpectedly busy last two months of the year, sales will fall just short of 300 transactions for the year. That is about normal for the San Carlos real estate market. In 2012 and 2013, sales barely exceeded 300 homes. In the six years prior, annual sales totals ranged from 236 to 296.

A slowdown in sales activity is often one of the first signs that a real estate market is slowing, though it can take time. For example, in 2004, there were 417 homes sold. Sales activity slowed sharply, down to 357 homes sold in 2005, 296 homes sold in both 2006 and 2007, and down to 262 sales in 2008. Buyers who saw sales start to slow in 2005 might have thought "Aha!, I bet prices will start to decline." While they were right, eventually, they would have waited until the middle of 2009 for prices to return to their 2005 levels. In the meantime, prices were rising sharply. The moral of the story is that while a slowdown in sales activity can signal a shift in the market, the reaction can be very delayed.

The story is a little bit different in San Carlos today, than it was 10 years ago. Back then, the slowdown in sales was also accompanied by a rise in inventory levels (see chart below). Homes were increasingly going unsold. Today, sales are slow because there are so few listings coming up for sale. 2014 is on pace to have about 315 new listings, which would be the fewest in at least ten years. The average has been close to 400 new listings per year. Inventory of for-sale homes has plummeted. There were just 15 unsold homes at the end of October 2014, which is the lowest October inventory in at least 10 years. 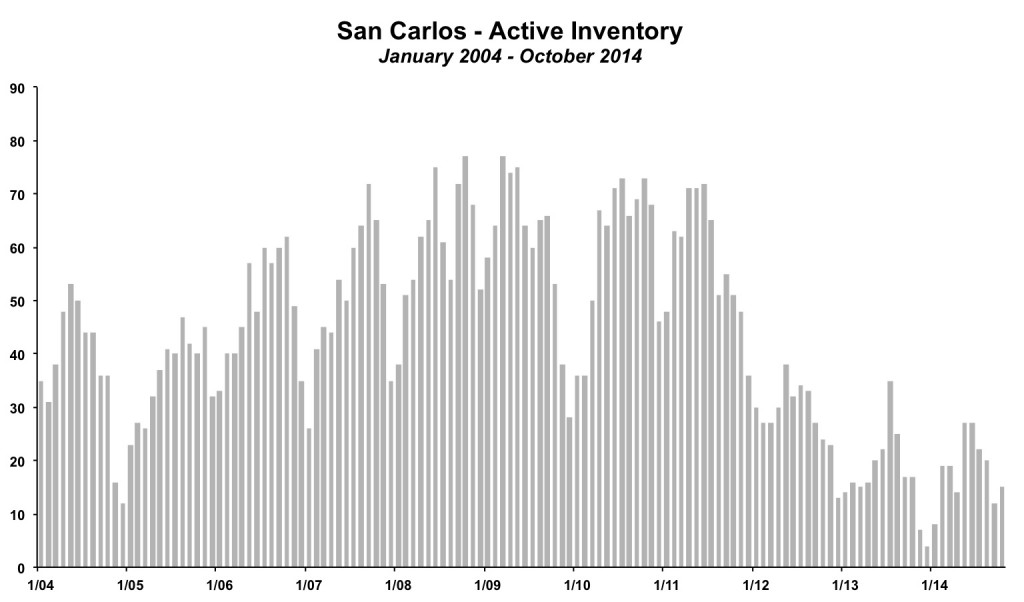