It remains a sellers market in the San Mateo real estate market as prices appear to still be rising. Here are the highlights for October 2014: Prices have increased by approximately 15% in the past twelve months in San Mateo, which suggests some slowdown in the rate of price appreciation. Earlier this year, prices were up more than 20% on a year-over-year basis. However, prices do still appear to be rising. In the past five months, the average price per square foot has been $701, up 5% over the first five months of 2014 when it was $667. Since reaching bottom in late 2011, prices have risen by about 40% to 45%. The chart below shows 12 month moving averages to smooth out month-to-month fluctuations. 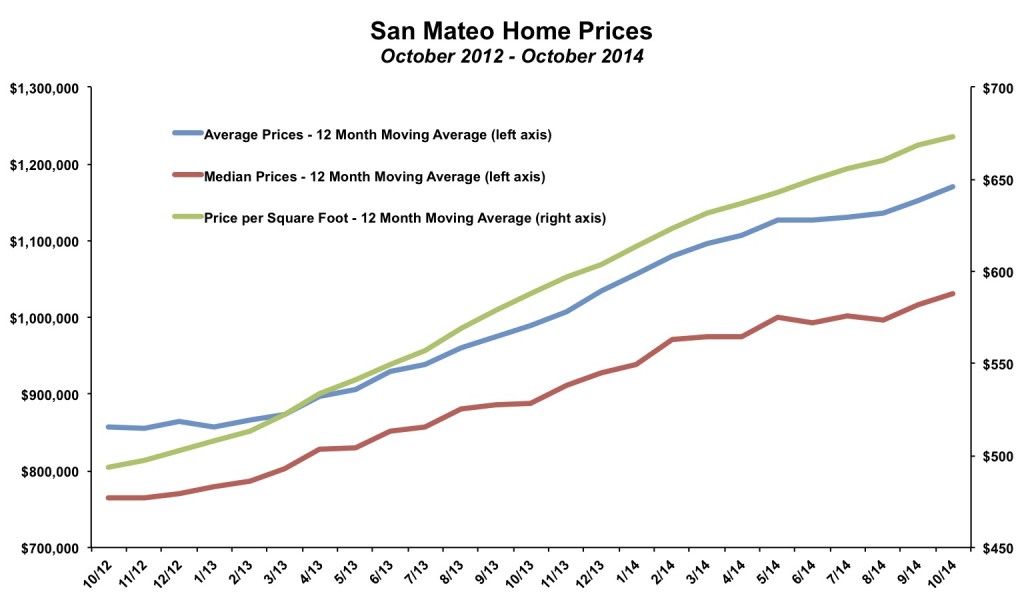 Sellers have upped their asking prices to the highest they have ever been in San Mateo. The median list price for single family homes is nearly $1 million in 2014 (meaning that about half of the properties are listed above $1 million and half are listed below $1 million). In 2013, the median list price was below $900,000. Despite sellers raising their list prices, buyers continue to bid above asking for the majority of sold homes. In October 2014, the average home sold for 8% above list prices. The ratio of sales price to list price has been above 100% in each of the last 33 months, and above 104% in each of the last 21 months. Unless and until the sales price to list price ratio falls back to 100% or below, it suggests that prices are likely to continue to rise. 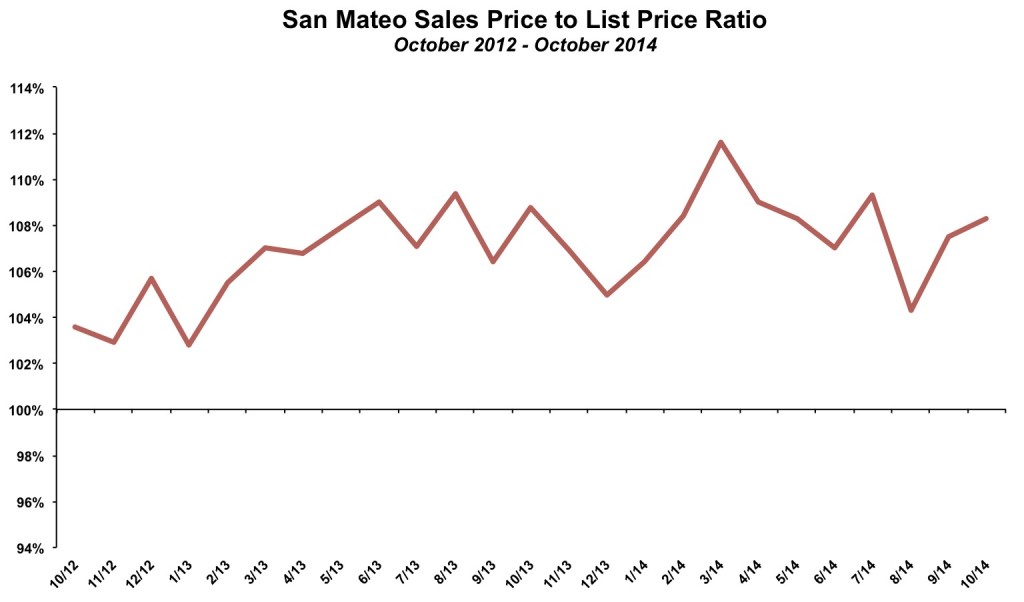 Even with a moderately high number of sales in the past three months, the number of homes sold in San Mateo this year is well below last year. There have been 505 homes sold through October 2014, as compared to 563 homes sold through October 2013. 2014 will likely end up somewhere under 600 sales. This would be below the ten-year average of about 650 sales per year. However, it would not be the lowest annual total. There were actually fewer than 500 sales in all of 2008 and less than 550 sales in 2009.

The slowdown in sales in 2014 has been due to their being fewer homes for-sale. As a percentage of total possible sales, activity in 2014 has been indicative of continued strong buyer demand.

2013 ended the year with 15 unsold homes. Through the first ten months of the year there have been 599 listings. Adding those two numbers together gives us a theoretical maximum of 614 possible sales. In reality, some of the listings may be double counted due to properties being taken on/off the market and certainly homes listed at the end of October are unlikely to have sold instantly. But let's just go with the 614 possible sales. There has actually been 505 sales this year. This gives a sales divided by possible sales ratio of 82%. Going through the same exercise for 2013 gives a sales divided by possible sales ratio of 83% through October. In other words, no change. The ratio for 2012 at the same point in time was 75%.

The reason for the decline in sales, at least to-date, is simply fewer listings/lower inventory. The inventory of unsold homes at the end of October 2014 was 39 listings. This is the lowest October inventory in at least 10 years. 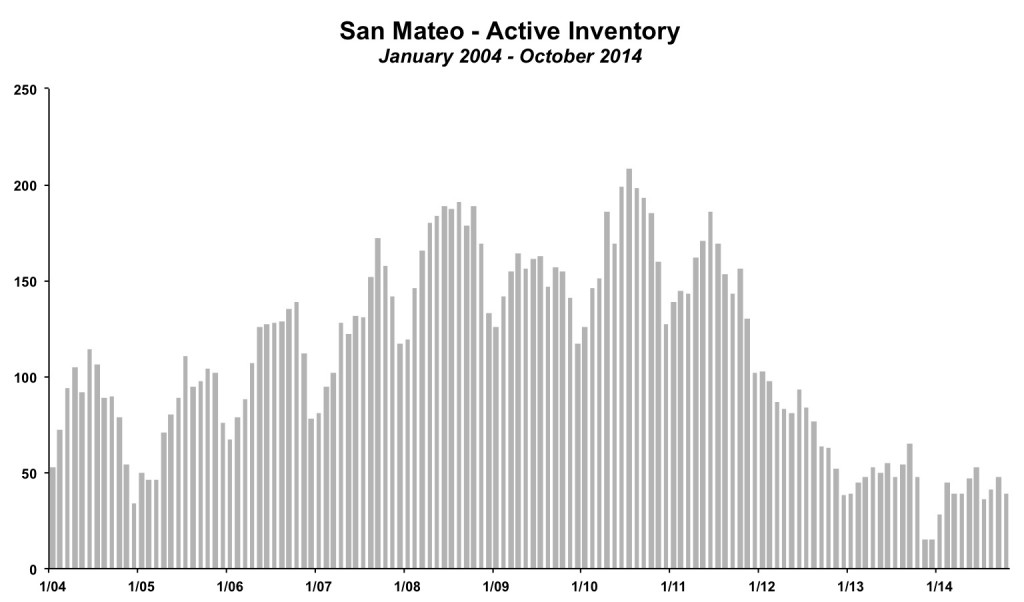