No Inventory in Burlingame Terrace

Inventory levels were low all through summer in the Burlingame neighborhood of Burlingame Terrace. At the end of August 2013, there were no unsold homes on the market.

Here are some highlights for the Burlingame Terrace real estate market as of August 2013:

Prices have been rising steadily for the past 18 months or so in Burlingame Terrace and now appear to be at record levels. The area recorded sub $1 million average and median selling prices from 2009 to 2011. That is not likely to recur anytime soon. 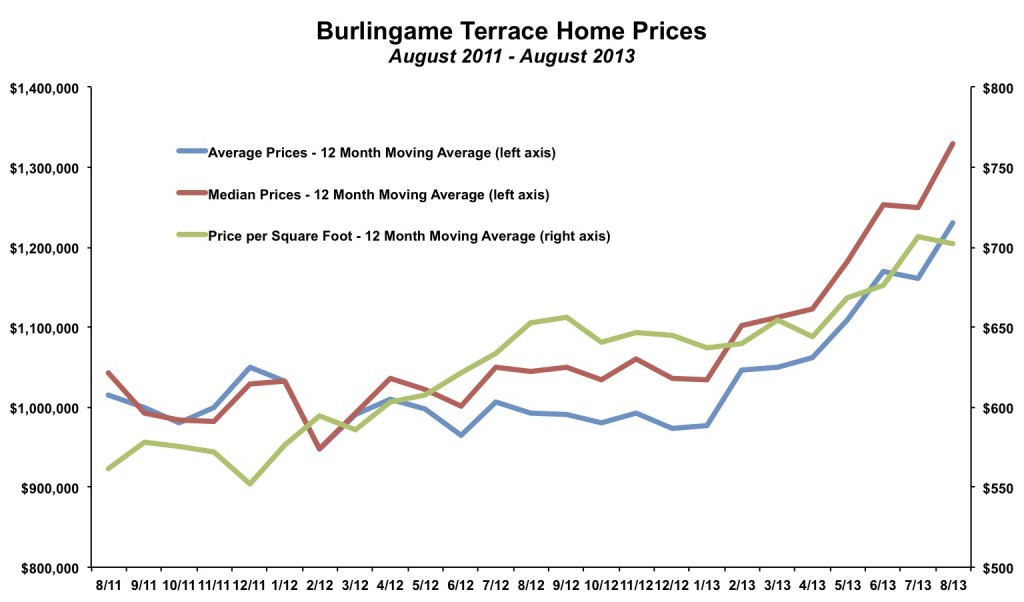 Yes, the average days on market for homes sold in the first eight months of 2012 was half the comparable period in 2013. So, are homes languishing on the market in 2013? Not at all, instead, what we saw at the beginning of the year were a few listings in the slow winter time take a few months to sell. This brought up the average. In the past four months, most sold homes were on the market for less than two weeks!

By The Numbers - Burlingame Terrace Real Estate for 2013

Thinking of buying or selling a home in Burlingame Terrace?