Prices have risen and continue to increase in the Hillsborough real estate market. Highlights as of September 2013: Prices continue to rise in Hillsborough, the north peninsula's most exclusive town. In the last six months, the price per square foot has been above $800 each month. At the previous height in 2007, there never was a streak like that. The 2007 annual average price per square foot was $791. We are clearly at a new peak. In the past 12 months, prices have increased by around 20%. 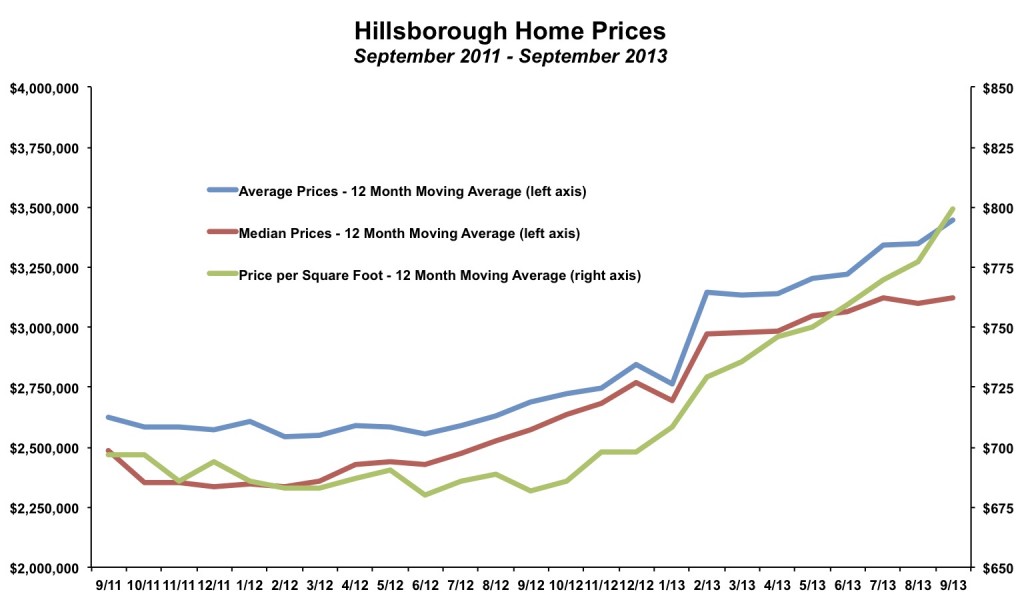 On average, homes continue to sell for less than the final asking price. In most areas, when the ratio of sales price to list price is below 100% it is a sign that it is a buyers market. However, this is the typical situation in Hillsborough. Even when the market favors sellers in Hillsborough the ratio is normally below 100%. In fact, over the past ten years, the ratio has been above 100% for just 10 months, despite two huge price booms (now and 2005-2008 period). It is tough to pinpoint the reason for why the Hillsborough market is different. It may be related to the fact that the homes in Hillsborough are so unique. This makes developing comps difficult. Perhaps sellers list high knowing that the savvy (and often patient) buyers will bid below the ask price. Once a pattern sets in, it becomes routine. 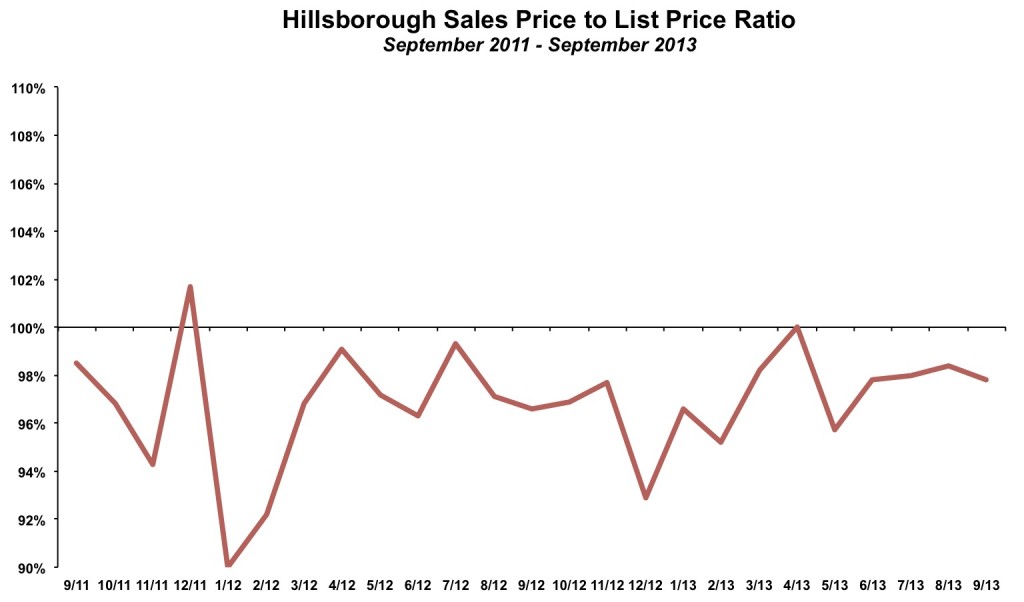 Across San Mateo County, inventory levels in the real estate market are at historic lows. At the end of August 2013, there were well under 650 unsold single family homes on the market. In the last ten years August inventory has never been below 800, and is regularly well above 1,000.

In Hillsborough, inventory did fall a bit in August to 51 unsold homes, but on average, inventory levels have been about even with historical patterns. Buyers looking to buy a high end home in nearby Burlingame, San Carlos or San Mateo may want to look at Hillsborough given that relative amount of supply of homes. 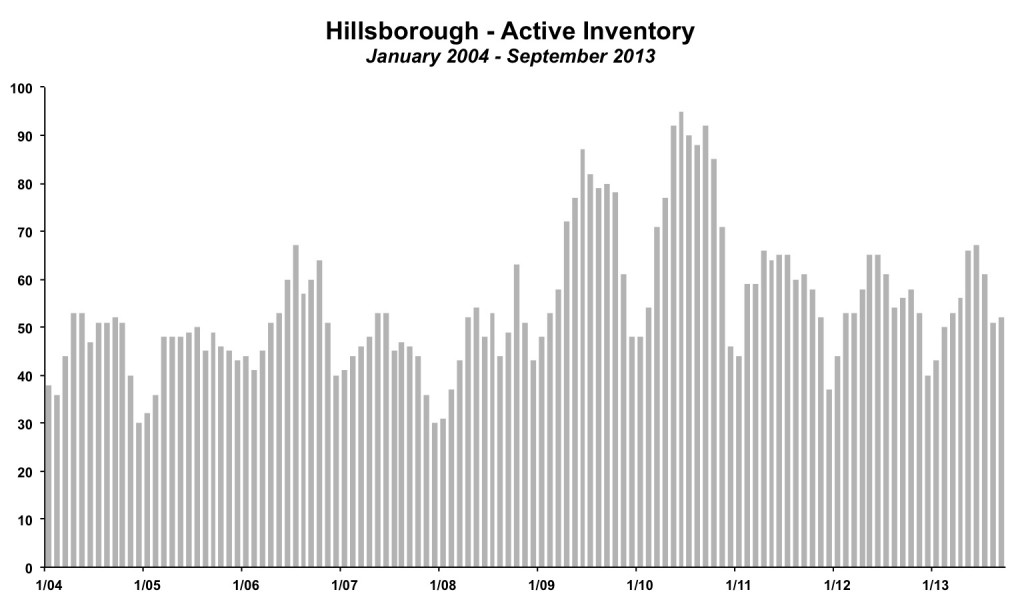 Sales Even With Last Year's Pace 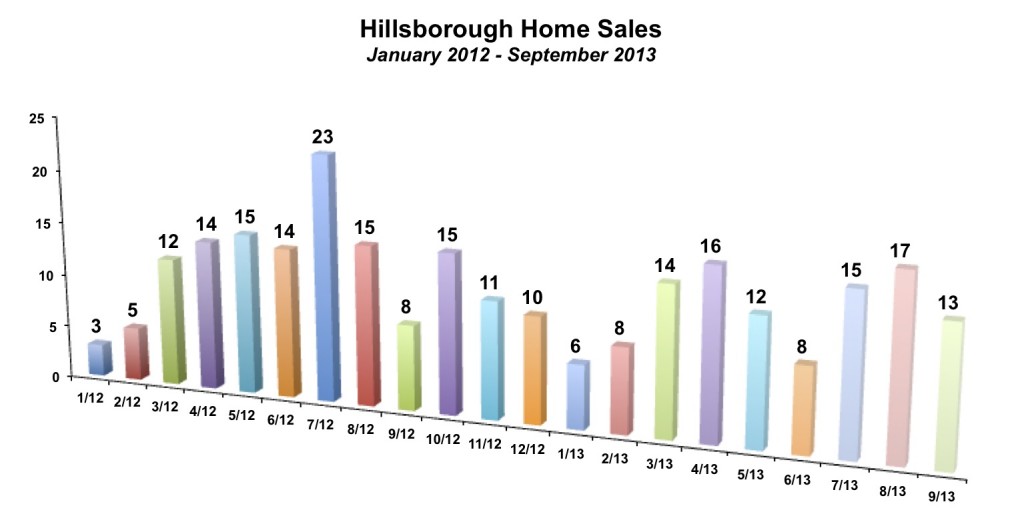 Inventory levels remain about even with historic averages. Most areas in San Mateo County are seeing inventory levels that are half or a third of normal levels.