Prices continue to rise in the San Carlos real estate market. Here are the highlights as of September 2013: By now, it is somewhat old news that prices are at record highs in San Carlos, but it is worth recounting how clearly that is the case. The previous annual peak in median selling values was 2007, which came in at $1,087,500. In 2013, every single month has been above that level. The median selling price for all of 2013 so far has been $1,223,636. Assuming there are no major surprises the rest of 2013, it will be a record setting year. Looking at average prices, median prices and the average price per square foot, 2013 should end up having selling values that are 10% above the previous peak in 2007.

Prices are up 20% in the past 12 months and 25% since reaching bottom in early 2012. The last two months have seen two of the highest monthly average prices per square foot at $730 in August and $739 in September. Buyers in San Carlos are paying record levels for a given "amount" of house. 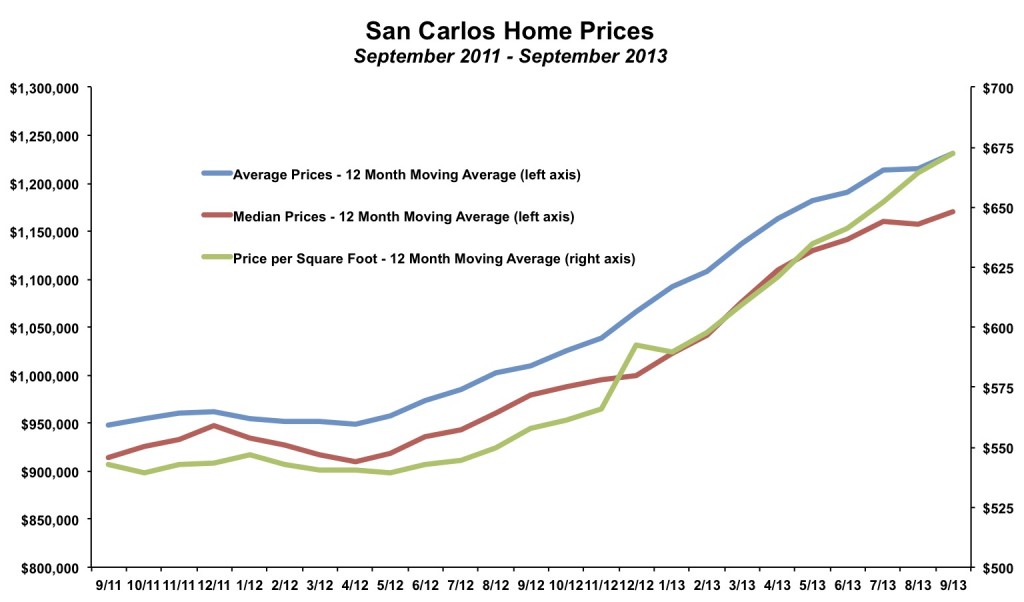 It remains a bidding frenzy in San Carlos. Despite prices rising by 20% in the past 12 months, buyers still on average paid nearly 11% above the final list price in September 2013. In the last eight months, the sales price to list price ratio has been at or above 108% each month. This is a sign that the imbalance between buyers and sellers remain. 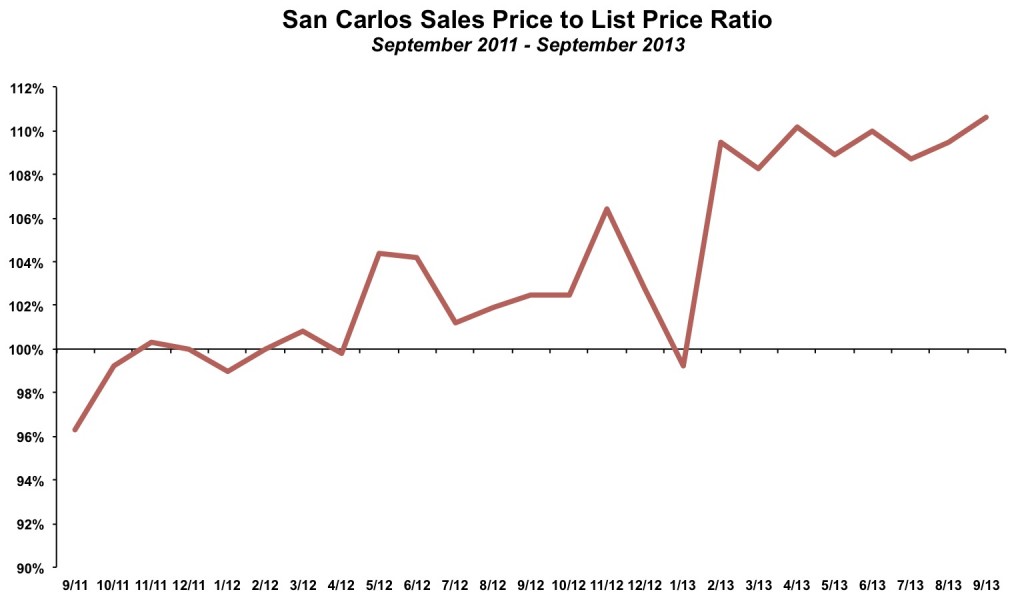 Since starting off the year slow, sales activity has picked up in the past five months. Through the first nine months of the year, sales are still down slightly from the same period in 2012, with 231 sales versus 238 sales in the prior year. 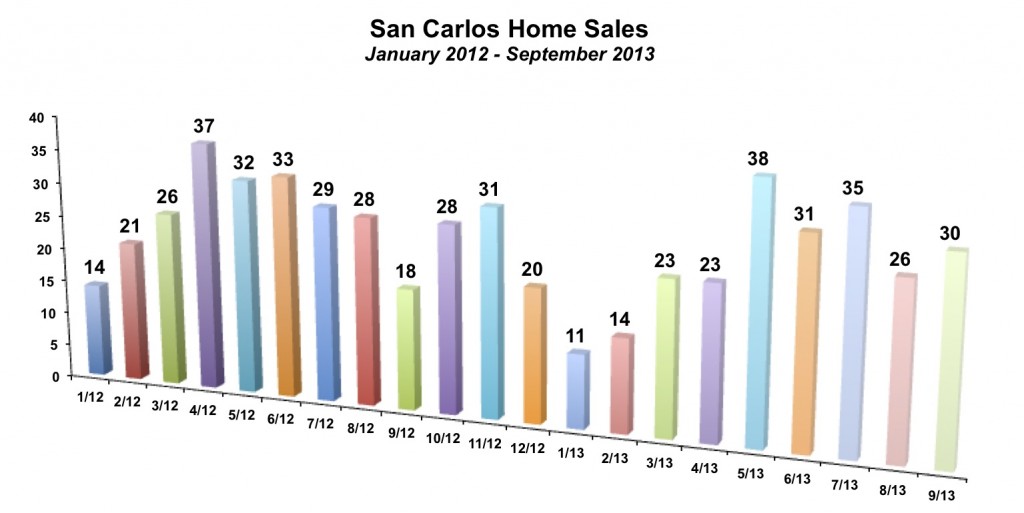 When inventory jumped in July 2013, it was a potential warning sign that the market could be turning. However, it turned out to be just a blip. Inventory fell in August and then declined again in September. At the end of September 2013, inventory was just 15 homes. This is one of the lowest levels on record in San Carlos. 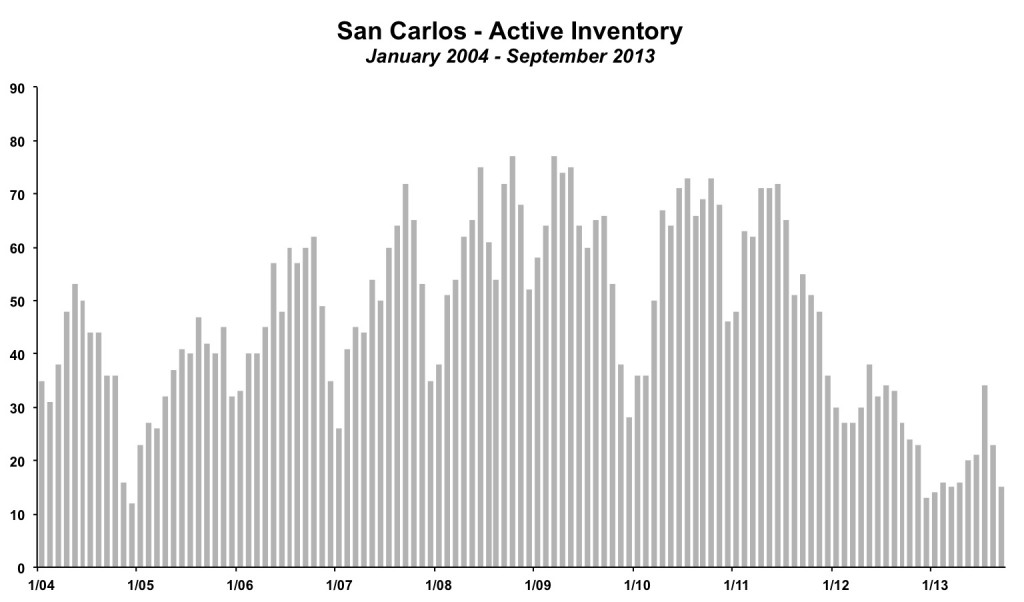