Prices are rising in the Easton Addition, one of the most prestigious neighborhoods in Burlingame. The chart below shows the 12 month moving average selling values for average prices, median prices and average price per square foot. There has been a steady increase since the middle of 2012. On a year-over-year basis, prices are up 10% to 15%. 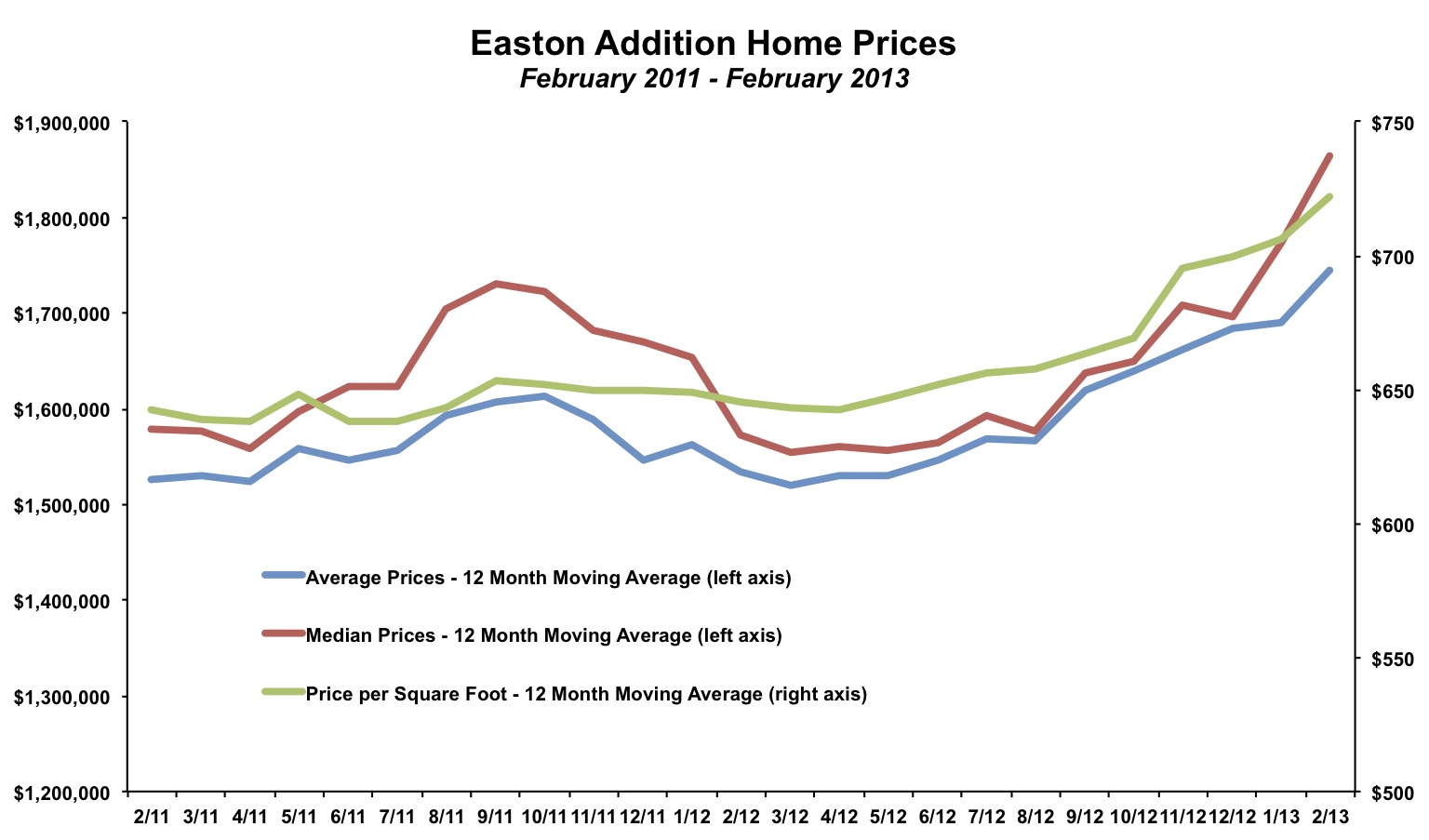 Excerpted from our 2012 Burlingame Annual Report -

About one out of every four homes sold in Burlingame is located in Easton Addition, the largest neighborhood in the city. Home prices increased about 10% in 2012, erasing all of the decrease in values since 2008 (though individual experience will vary). The average price per square foot was above $700 in 2012, pushing up average sales prices to well over $1.7 million. Sub $1 million sales are increasingly rare in Easton Addition. In 2011, there were five such home homes, and in 2012, only three of the 71 homes sold for sub $1 million. Even finding homes for less than $1.25 million is becoming difficult. Only about one out of ten sales in the neighborhood in 2012 went below that figure.

Inventory tightened up at the end of 2012, beyond the normal seasonal variation. At the end of the year, there were only three unsold homes on the market, compared to eight homes at the end of 2011. Low inventory means buyers must act quickly, or risk missing out on a home. The average days on market in 2012 was 33 days, about three weeks faster than 2011.

By The Numbers - Easton Addition Real Estate for 2013

Thinking of buying or selling a home in Easton Addition?