The Burlingame neighborhood of Burlingame Grove is a small region of the city south of Broadway.  It is sometimes referred to as Burlingame Gate. The neighborhood typically averages just under one home sold per month. (In fact, over the last 5 year, or 60 months, there have been 56 sales).

There has only been one sale in the past four months and it occurred in February 2013. It was a 4 bed, 3 bath, 2,200 square foot on the 1100 block of Oxford that sold for $1,395,000. While many homes are going over asking price in Burlingame, this listing was actually originally put on the market at $1,578,888 and took over 6 months to sell. This was likely a case of the seller pricing too far ahead of the market. The average sales price to list price ratio was 104% in Burlingame Grove in 2012, indicating that most homes are selling at or above the final asking price.

Overall, prices appear to be rising in the Burlingame Grove real estate market, as the 12 month moving average median price, average price and average price per square feet are all at recent highs. 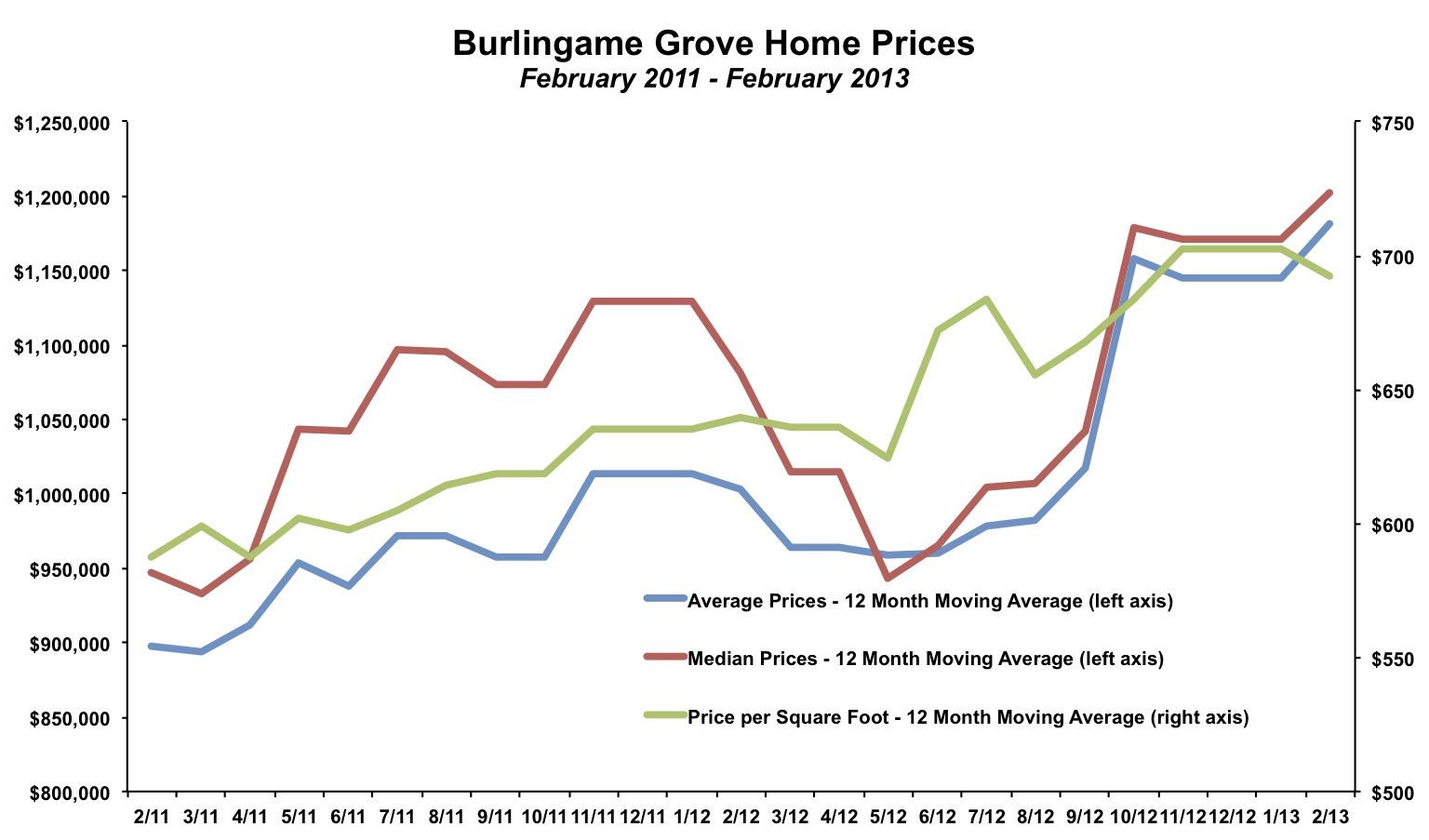 Of the 10 homes sold in Burlingame Grove in 2012, all but one was on the market for less than a month. The average days on market was just 22 days, down from 54 days in 2011. Inventory remained low in 2012, with an average of two unsold homes on the market at the end of each month, compared to five or six prior to 2011. Sellers were very successful in 2012, with only two listings expiring or being cancelled, compared to four in 2011 and seven in 2010.

By The Numbers - Burlingame Grove Real Estate for 2013

Thinking of buying or selling a home in Burlingame Grove?