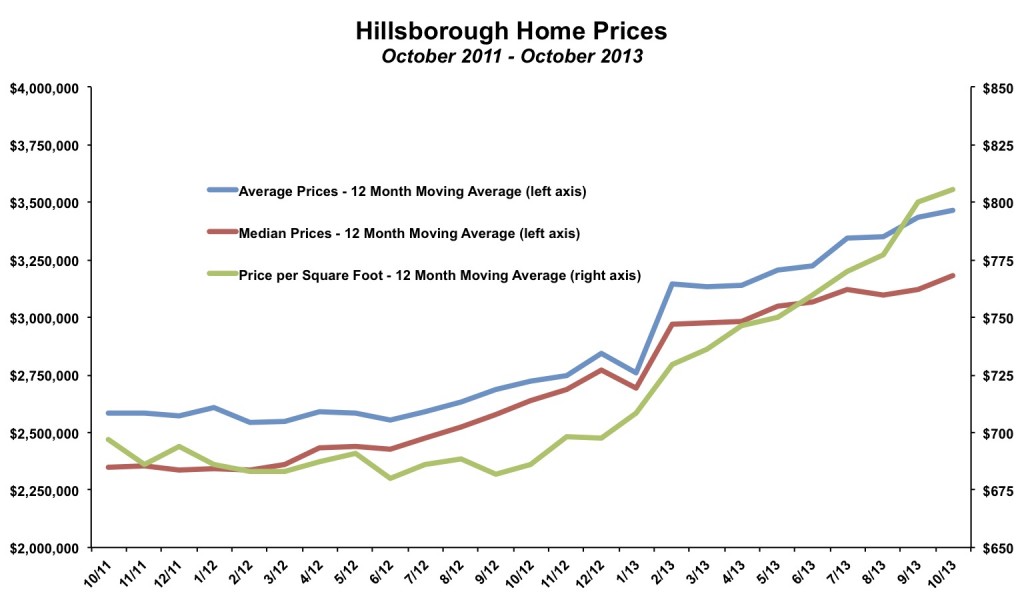 The typical pattern for Hillsborough is for the average home to sell for slightly less than the asking price. Even when the market favors sellers, the ratio of sales price to list price is less than 100%. In nearby areas, the ratio regularly goes above 100% when it is a sellers market. October 2013 was a bit unique because the ratio was 101.2%. This was only the second month where it was above 100% since early 2008. It was the sixth highest ratio in the past ten years. It is likely an outlier, but if we see a couple of months in a row above 100% it could signal a shift in sentiment in Hillsborough. 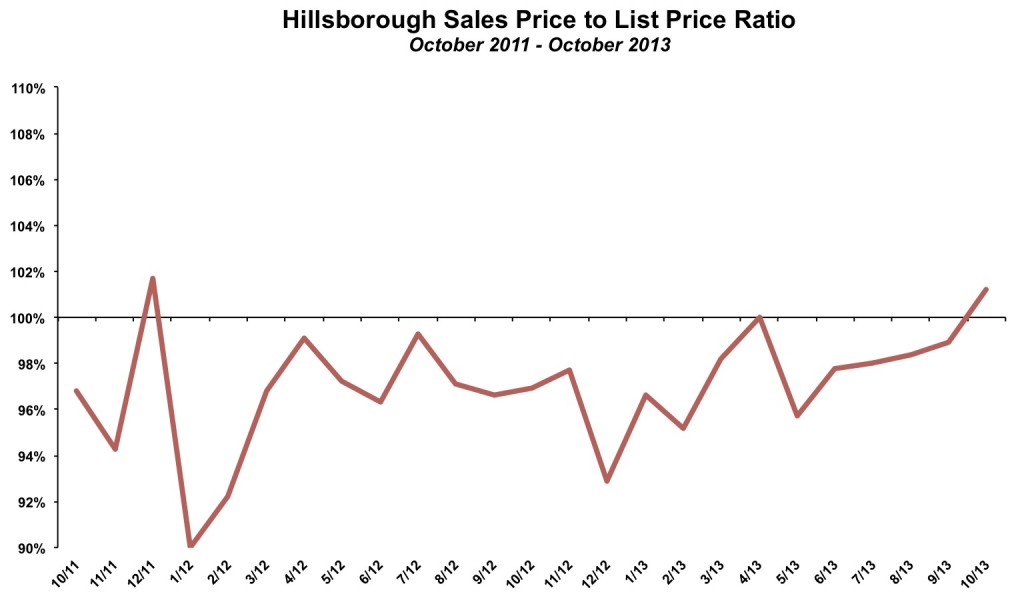 Sales About Even With Last Year's Pace

Across San Mateo County, inventory levels in the real estate market are at historic lows. However, this is not the case in Hillsborough. For example, in neighboring Burlingame inventory was at just 22 homes in October 2013, compared to a ten year average of 43 homes. Similarly, for all of San Mateo County, inventory levels are less than 700 homes, versus an average of more than 1,200 over the past ten years. In Hillsborough, there were 53 unsold homes at the end of October 2013. This is compared to an average of 55 homes for the past ten years. 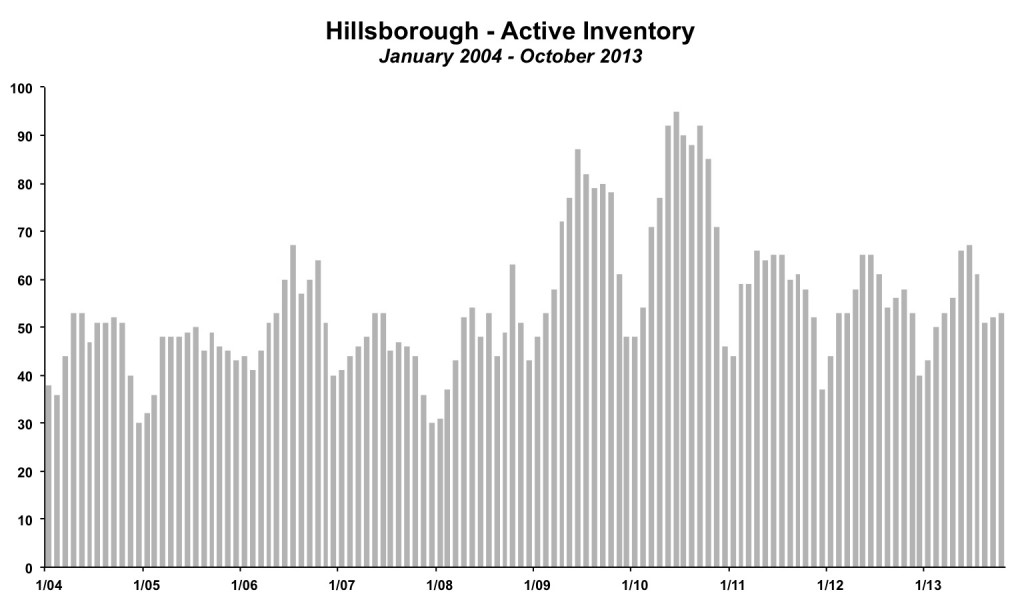