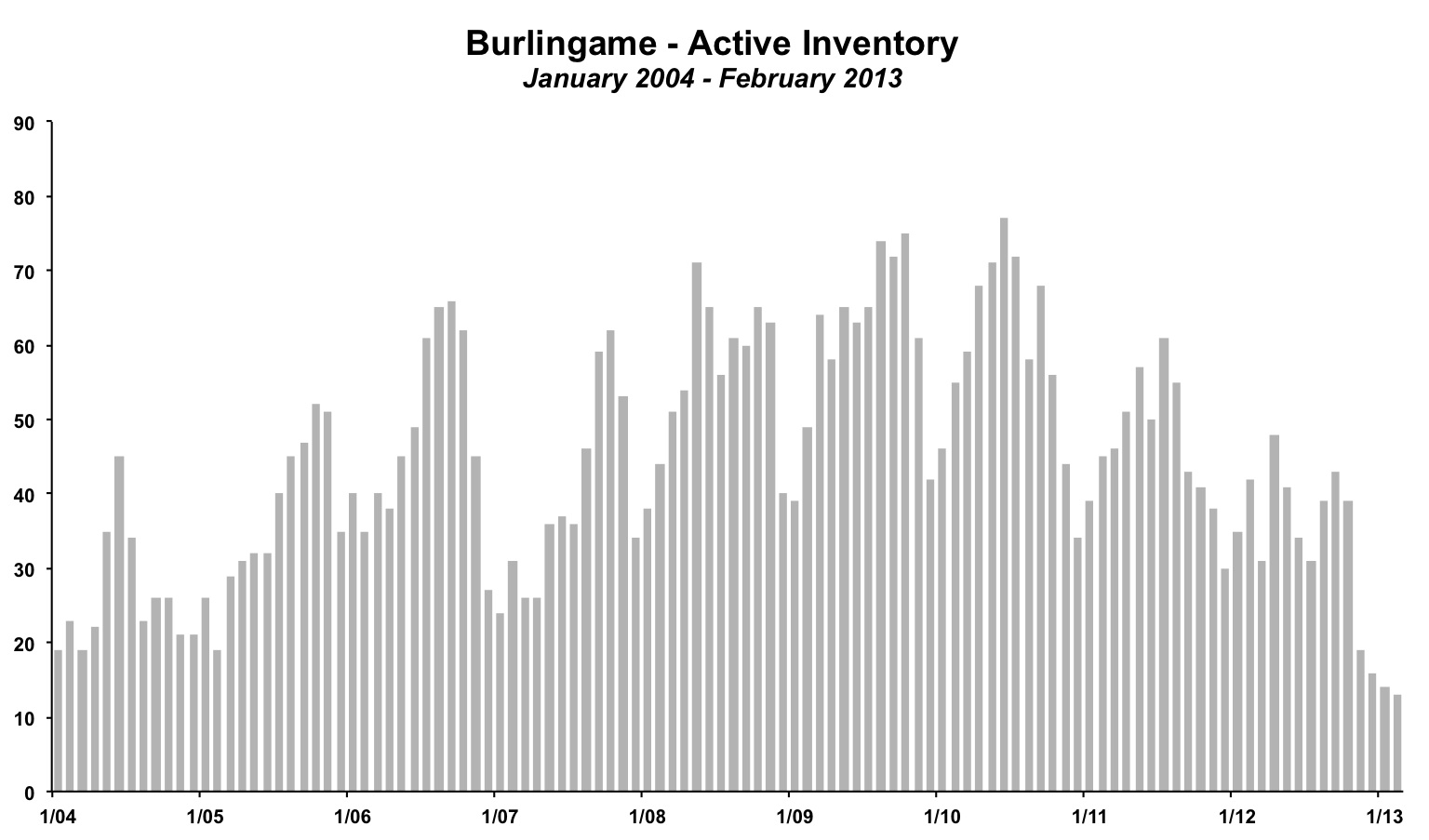 Low inventory is contributing to rising prices as buyers compete over a dwindling supply.  Looking at a 12 month moving average, which smooths out the random monthly fluctuations, prices appear to be up 10-15% over the past year.  Overall, selling values have returned to where they were near the end of 2008/early 2009. If the 2013 experience mirrors 2012, by the end of the year selling values should be at or slightly surpassing the previous highs seen in late 2007/early 2008. 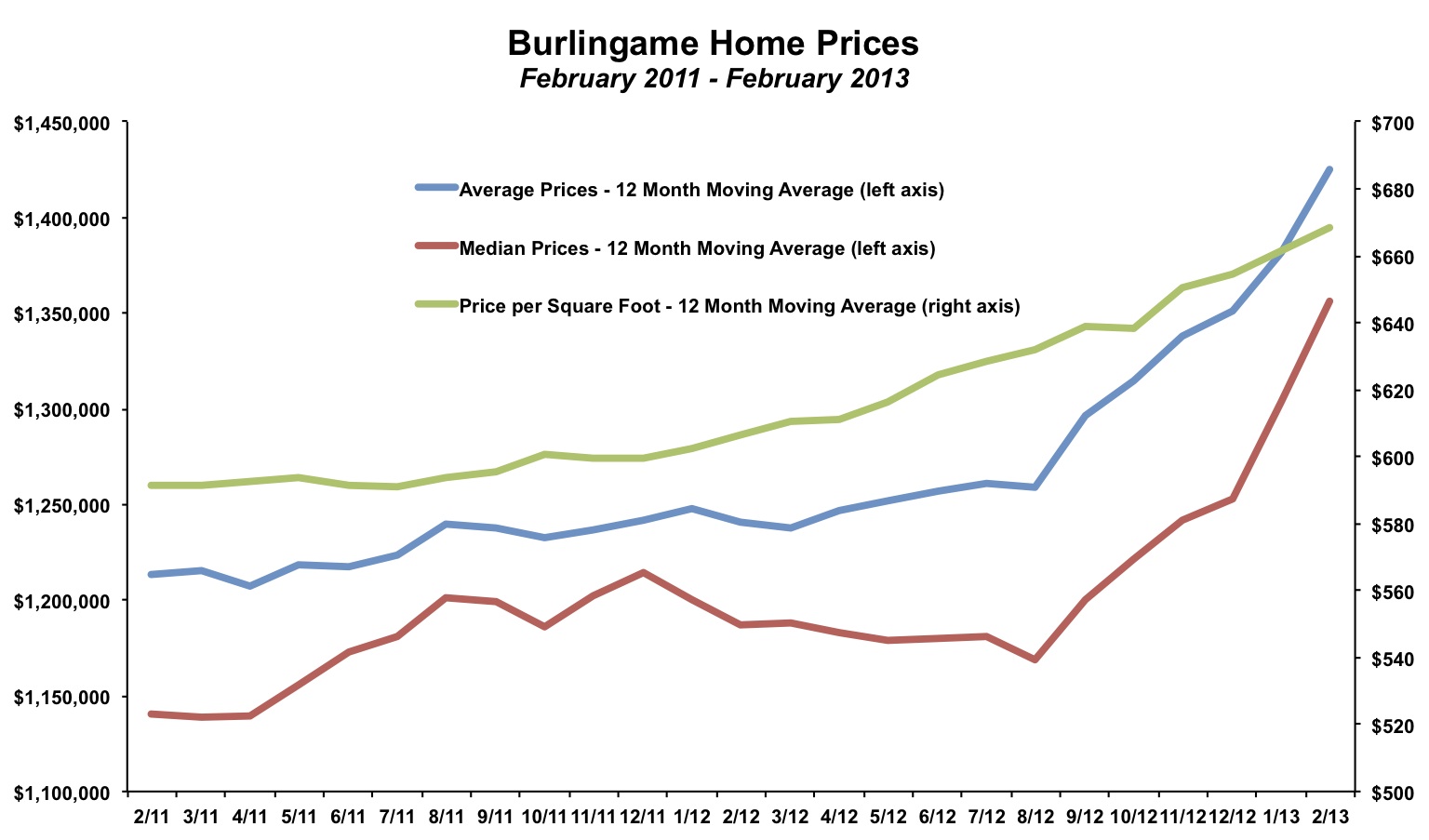 After a blip down in January, the average sales price to list price ratio surged in February 2013 to 104.5%, the highest level since August 2005. While one very high monthly reading is interesting, what is more important is that the ratio has been regularly above 100% for the last 12 months. A ratio above 100% is a sign that buyers are regularly bidding above asking prices. It is also another sign that prices are continuing to rise. List prices are normally set based on recent comparable sales. If sale prices are above list prices this suggests that the most recent sales are going for a higher valuation than past sales. 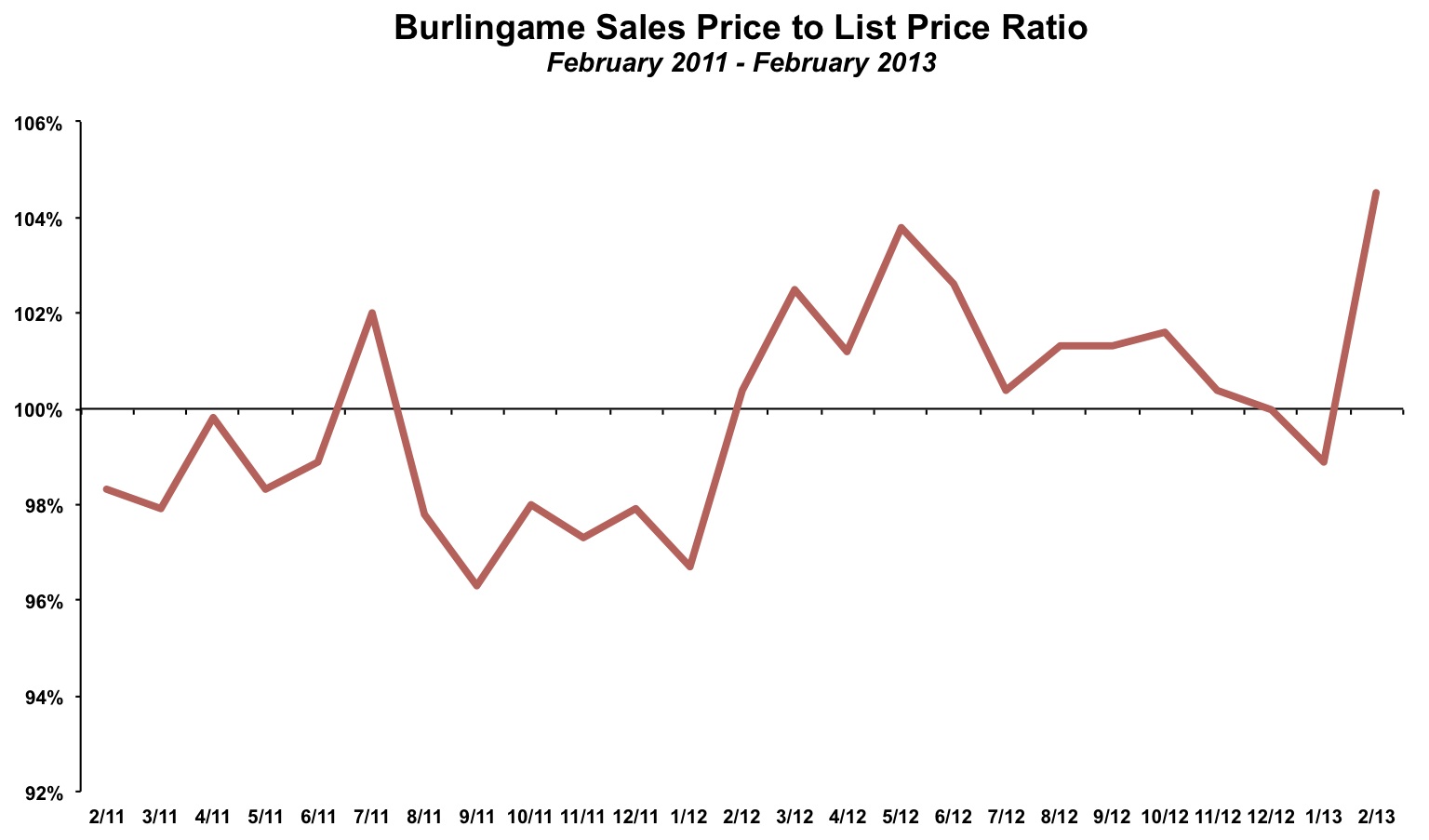 Below is a selection of recent Burlingame real estate sales, sorted by area of Burlingame. These recent sales exemplify what is happening because of our low inventory.

In the current market, a higher percentage of homes are falling into the "sell quickly" category. Because of stiff competition buyers are more willing to look at homes that in another market environment would be too imperfect for them. At the same time, existing inventory of the type of homes that regularly sit on the market is being normally depleted, but then not replenished as so many new listings are selling almost immediately. The end result is incredibly low inventory.