Prices are rising in the San Carlos real estate market. As of February 2013, the 12 month moving averages for median price, average price and average price per square foot are all at least 10% above where they were one year ago. Also, they are all just 5% to 10% below the absolute monthly highs seen in late 2007/early 2008.

The most recent sales data suggests prices have risen to approximately match the last annual peak in 2007 (erasing all of the downturn in 2008 and 2009). In the last six months, the average selling price has been $1.15 million, just above the 2007 annual peak of $1.14 million. Over the same time period, the average monthly median selling price has been $1.06 million, just below the 2007 annual peak of $1.09 million.  If the current trajectory holds, 2013 could very well set a new record for prices levels in San Carlos. 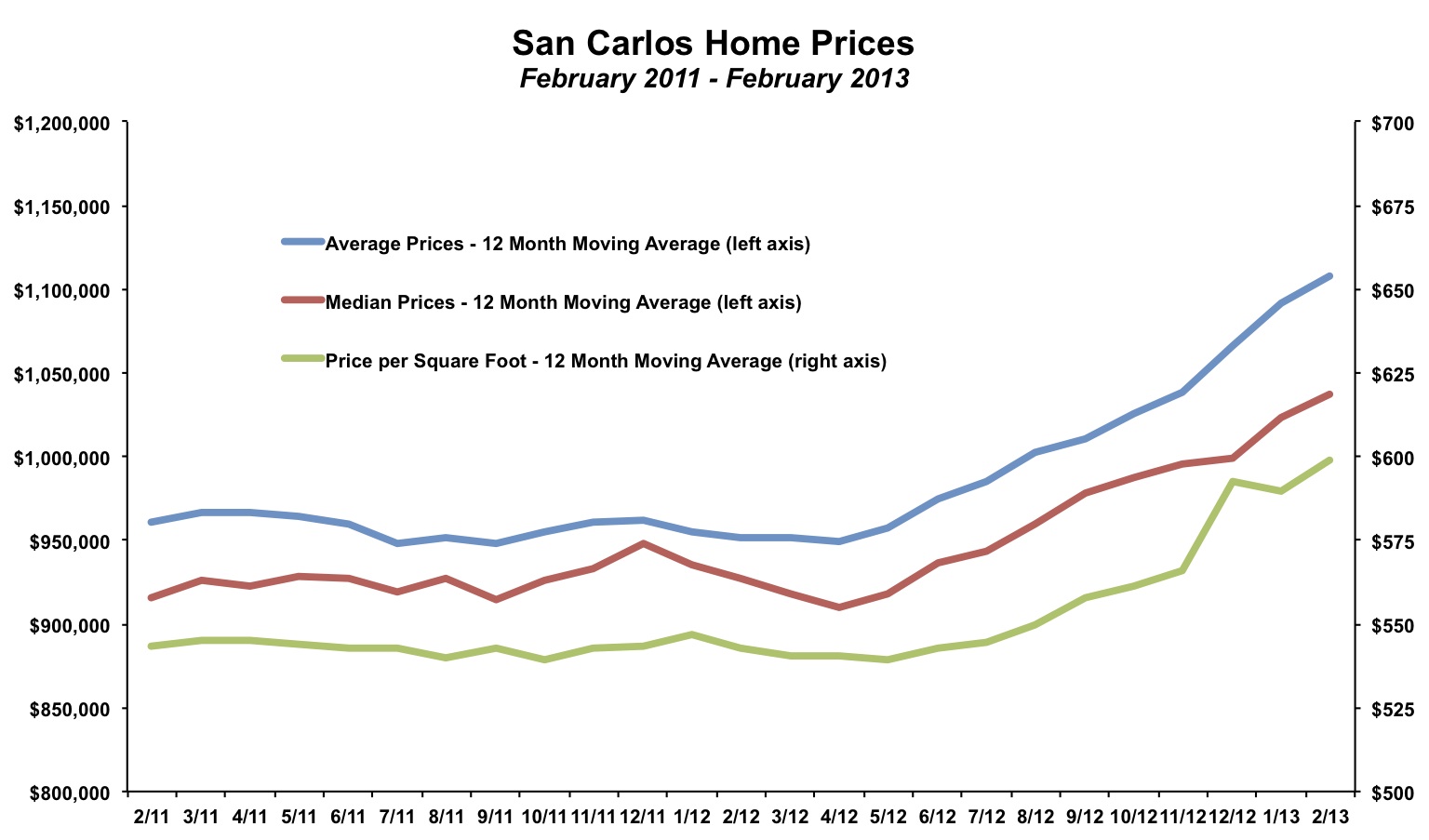 Prices are rising as buyers continue to bid well over asking prices for the best homes in excellent locations. The ratio of the average sales price to list price was 102.3% in 2012. This was the first time above 100% since 2007, and the highest since 2005. This is a positive sign for sellers and a indication that many properties are receiving offers from multiple buyers. The result for February 2013 was impressive with the average sale coming in at 10% over list price. 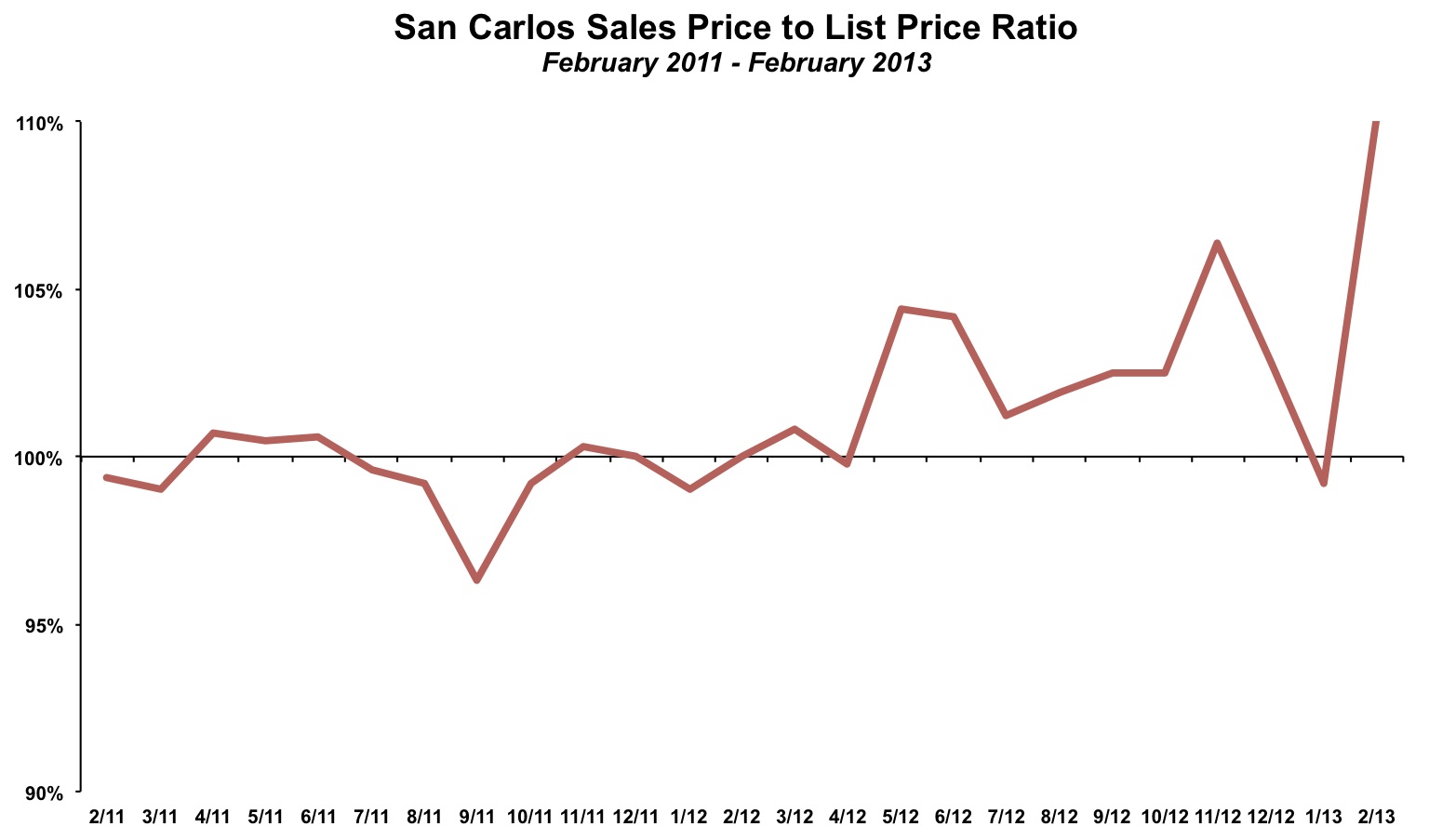 While strong buyer demand is a prerequisite for bidding wars, the lack of inventory is adding fuel to the fire. Current inventory at the end of February 2013 was just 12 unsold homes, historically low levels. Last February there were 27 unsold homes at the end of the month. In 2011, there were 63 homes remaining for sale at the end of the February. Any way you add it up, prospective buyers are faced with a dearth of supply. Fed up with losing out on home after home, buyers are pushing their offers up.

In the first two months of 2013, there were 24 homes sold in San Carlos. This is noticeably below 2012 when there were 35 homes sold in January and February, but in line with prior years. Sales activity has been increasing since reaching a low point of 236 sales in 2009. There were 317 homes sold in 2012. It was the first year since 2005 with more than 300 transactions. Given the low amount of inventory, unless there is a flood of new listings there were will probably be fewer sales in 2013 than 2012.