Homes are selling so quickly as sellers are regularly receiving multiple offers at or above the asking price and are happy to accept the offers. In the first three months of 2013, the average sold home went for nearly 9% above the asking price. In a market where the average price is just above $1 million that means that a normal home is selling for $100,000 more than for what it was listed. 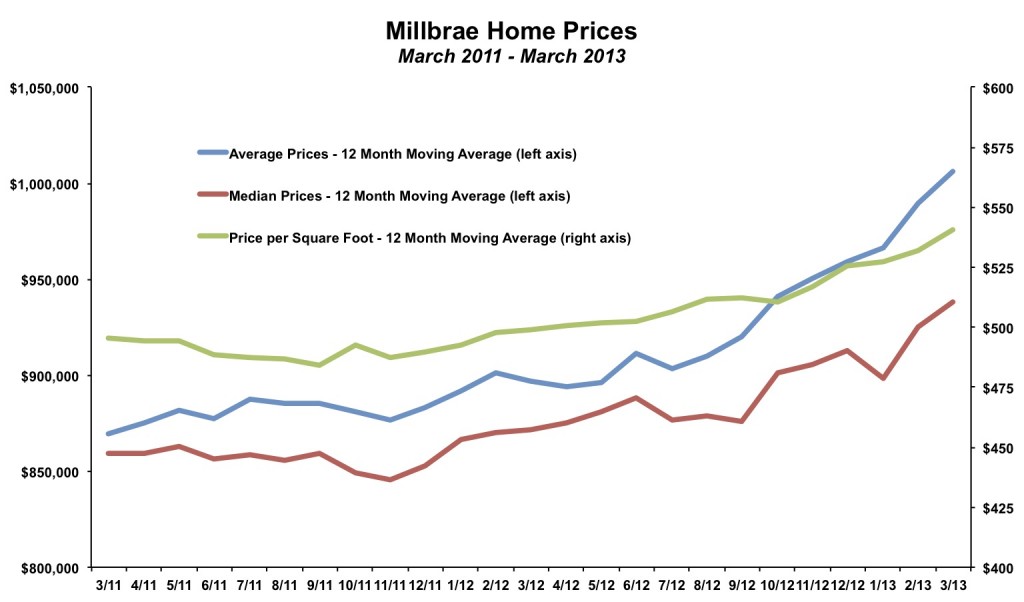 There have been 22 homes sold in Millbrae to the first three months of the year, down from 27 sales to start 2012. Sales are down despite the strong buyer demand simply because there are fewer homes for sale. At one point in the beginning of 2013, there were just six available homes for sale in all of Millbrae. In 2012 it was more common to see 15-20 homes for sale at a given time and in prior years to that there was regularly 30+ homes for sale. At the end of March 2013, inventory had increased slightly to 11 homes, but still remained low by historical standards. Low inventory depresses the number of sales, but by restricting supply it augurs well for future price appreciation in the Millbrae real estate market.

By The Numbers - Millbrae Real Estate for 2013

Thinking of buying or selling a home in Millbrae?

If you're interested in learning more about the Millbrae real estate market, considering selling your home in Millbrae, or thinking about moving to Millbrae, please drop me a line and I'd love to connect with you.