Debts ceilings, government shutdowns, and rising mortgage rates - however real estate remains local and the Burlingame real estate market continues to favor sellers. Prices are at record levels and rising, inventory is at record lows, and most homes continue to sell quickly. Here are the highlights for September 2013 (comparisons are made to data going back to January 2004): The chart below shows the 12 month moving average (to smooth out random month-to-month variation) of the average price, median price and average price per square foot in Burlingame. As of September 2013, all three measures are showing their highest recordings ever. 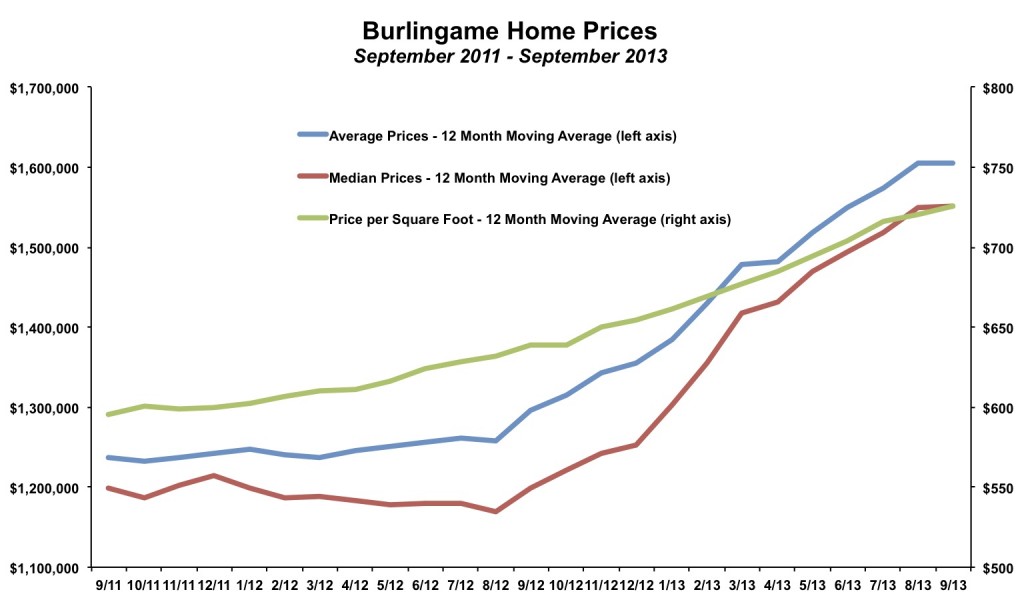 On average, homes continue to sell for more than their asking, though many homes are going at or even below the final list price as sellers price based on rising comps. (See our review of recent home sales for more detail).

The average sales price to list price ratio has been above 100% for most of the past year-and-a-half. The ratio is often a leading indicator. When it rises and stays above 100% it signals rising prices, and vice versa when it falls it can signal flat to declining prices. Right now, the indicator is pointing to continued firm prices, but we will watch it closely. 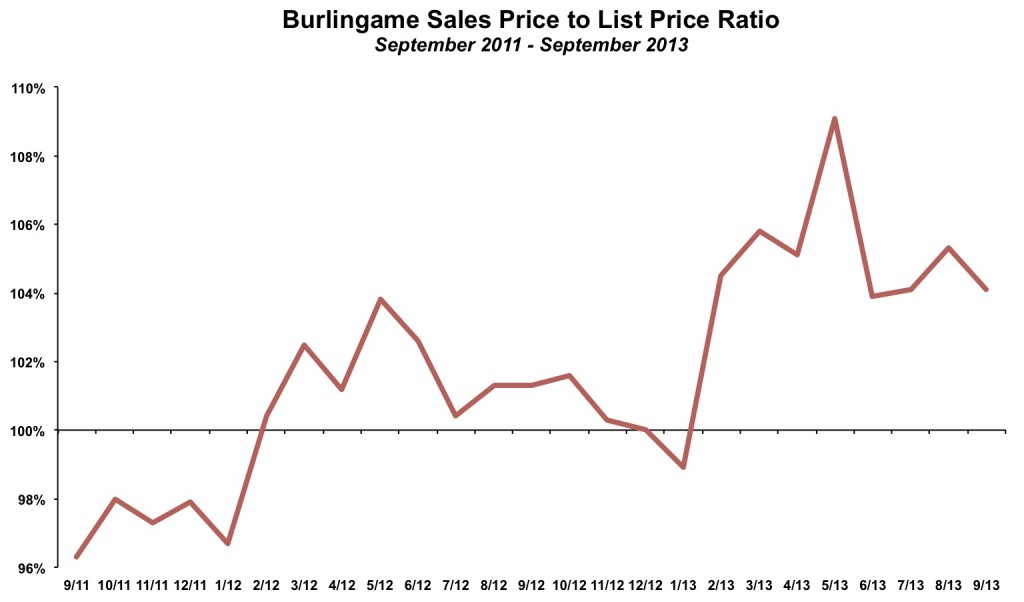 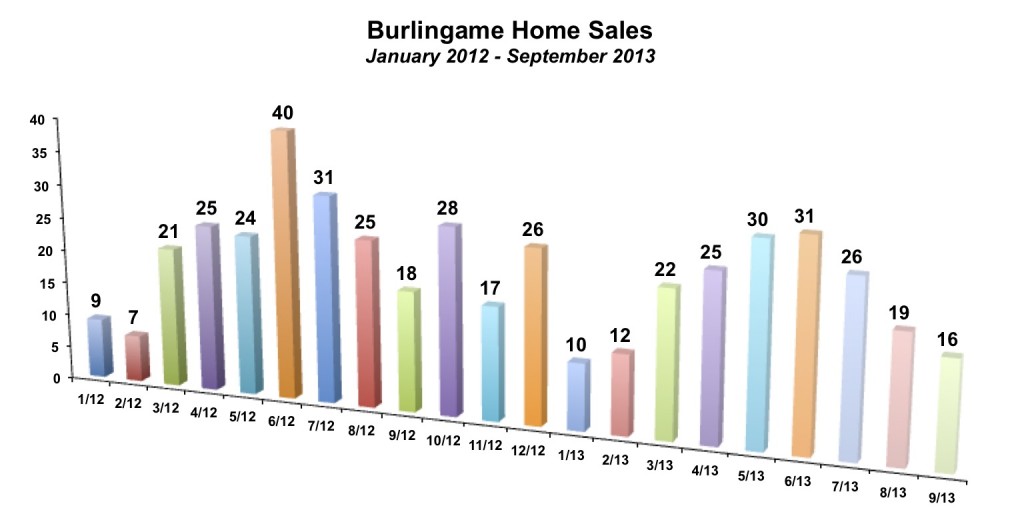 It seems somewhat ironic, but just as buyers have rushed to the market in the past year or so, the number of sellers has fallen. There have been only 227 homes listed for sale in Burlingame this year. There is a strong seasonal pattern to listings as fewer people decide to sell during the Holidays. It is very likely that there will be fewer than 300 listings in Burlingame in 2013 for the first time in at least a decade. 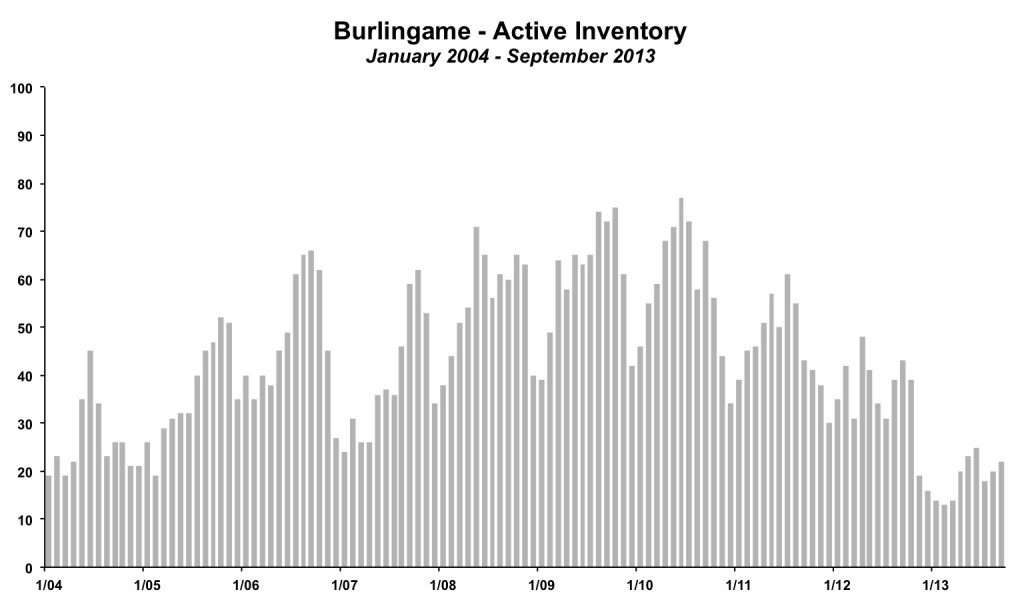 Most homes continue to sell quickly in less than two weeks, though we are not seeing as many sell in less than a week.