Prices at Record Levels and Rising 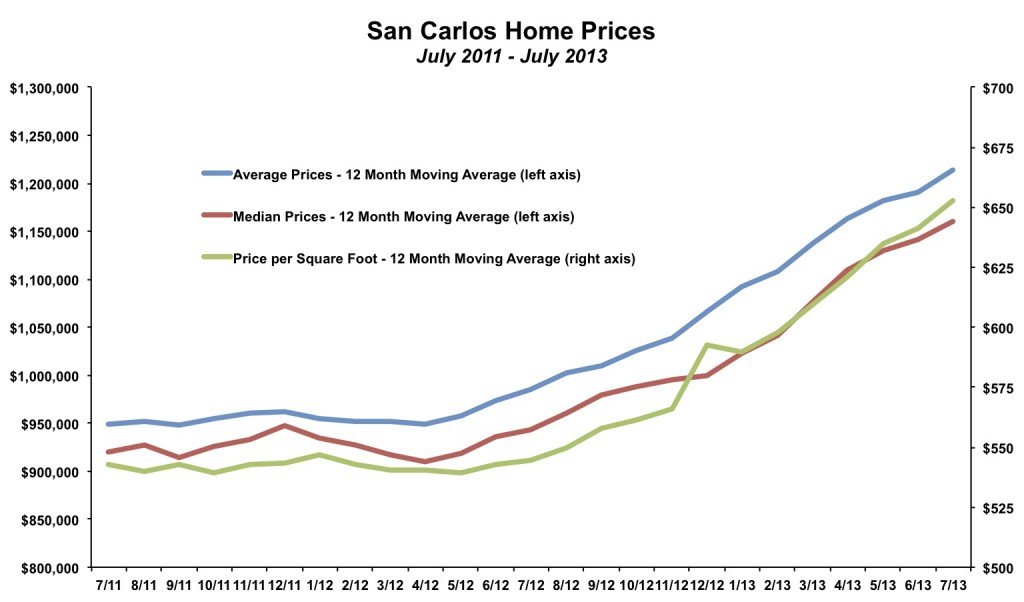 Buyers are bidding well above list prices.The ratio of the average sales price to list price has been above 108% in each of the last six months, exceeding the sustained buying frenzy last seen in the middle of 2005. Buyers should be careful about blindly bidding above list prices. Sellers are raising asking prices based on recent comps, with some also adding in future appreciation. 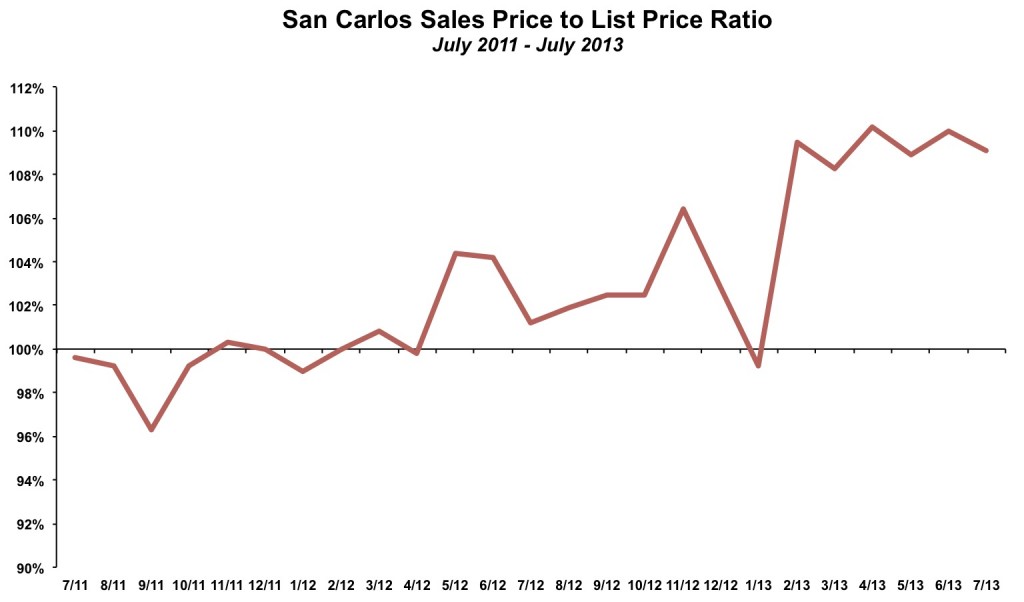 Sales Down for the Year, But Decent Activity in Past Few Month 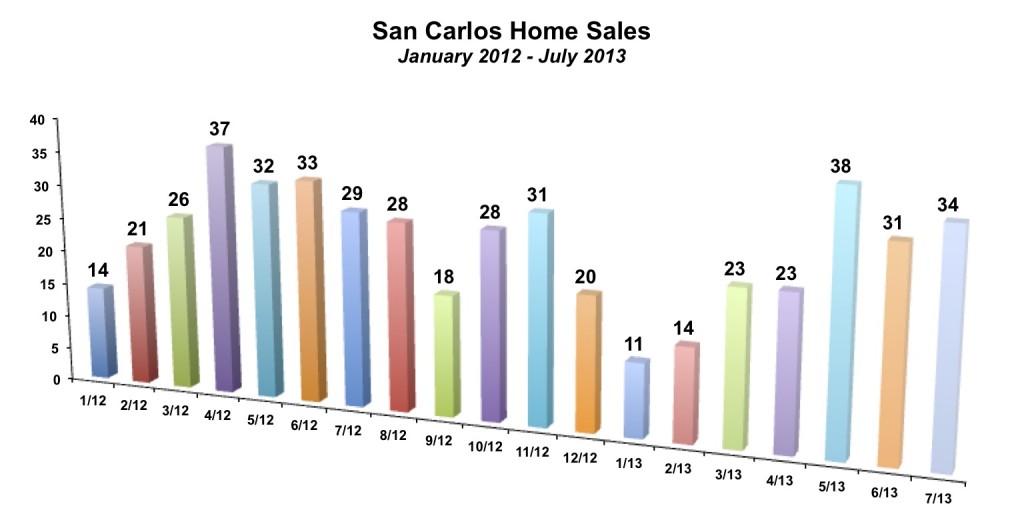 Interestingly, inventory levels jumped to 33 homes in July 2013, up from 21 unsold homes at the end of June 2013. This was the highest monthly reading since August 2012. Inventory usually increases in the summer, but this was a particularly noticeable increase. Rising inventory is often one of the first signs that sentiment is shifting from a sellers market to a buyers market. While the market is very far away from that point (inventory is at historically low levels as one can see from the chart below), it is something we will monitor. 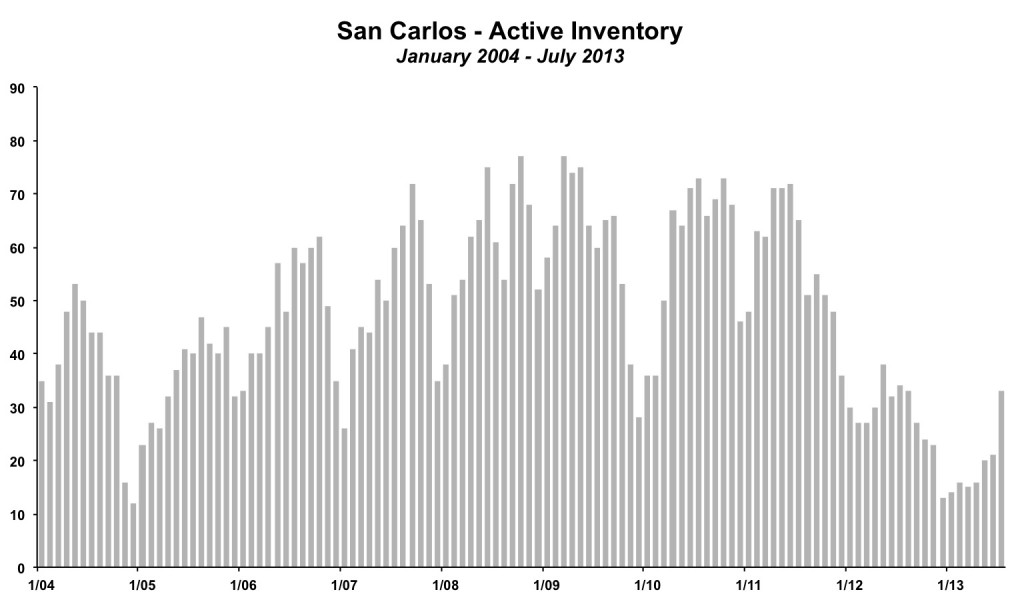