All signs point to a continued increase in prices in the Burlingame real estate market. Prices first started rising in late 2011/early 2012. Looking backwards, the data supports the fact that prices have increased about 15% since reaching their ultimate low in the middle of 2011. However, a buyer that tries to purchase a home for 15% more than it would have sold for 18 months ago will likely find themselves outbid. Looking forward, the most recent data suggests that prices are still on the upswing.

The market mentality of buyers has shifted over the past few years:

The chart below shows the 12 month moving average (to smooth out random month-to-month variation) of the average price, median price and average price per square foot in Burlingame. 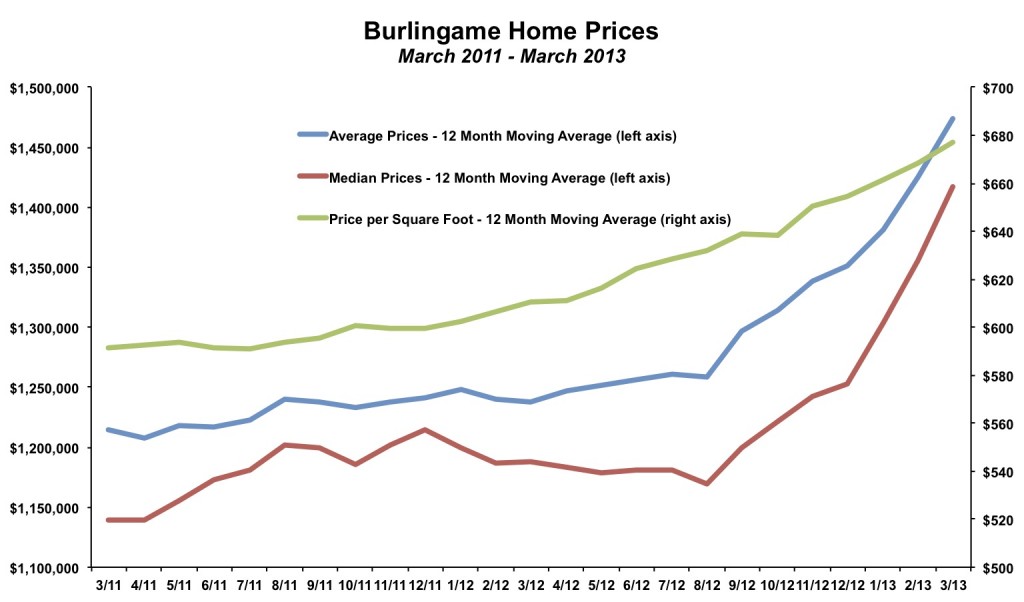 After a blip down in January, the average sales price to list price ratio surged in February and March 2013 to well above 100%. The ratio has been regularly above 100% for the last 14 months. A ratio above 100% is a sign that buyers are regularly bidding above asking prices. It is also another sign that prices are continuing to rise. List prices are normally set based on recent comparable sales. If sale prices are above list prices this suggests that the most recent sales are going for a higher valuation than past sales. In this market, some sellers are listing above recent comps, making it even more impressive that sales continue to outpace list prices. 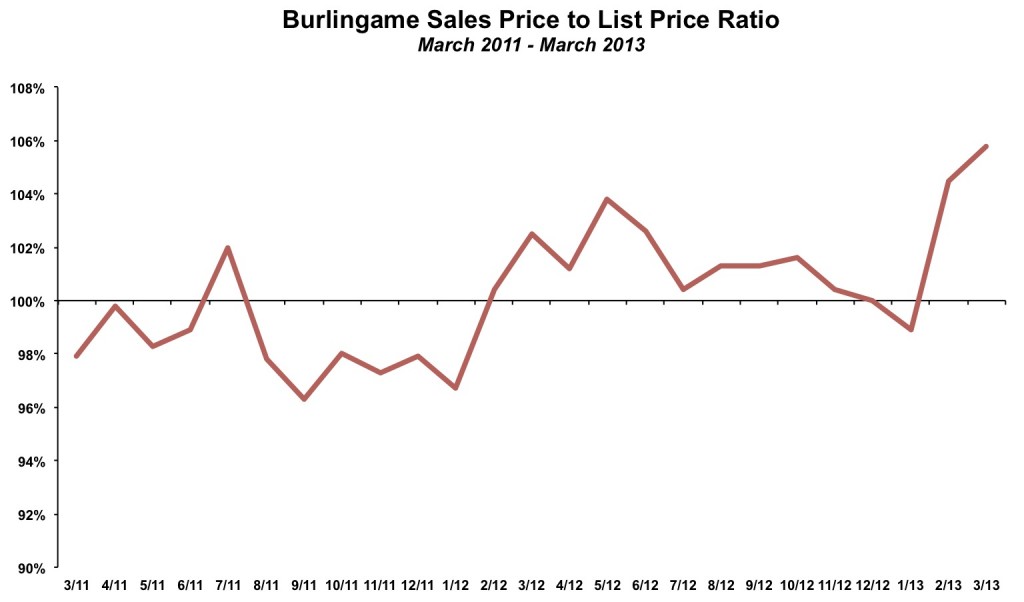 There were 22 homes sold in Burlingame in March 2013. In the first three months of the year, there have been 44 homes sold, as compared to 37 sales in the first three months of 2012. At the current pace, Burlingame real estate could be headed to 300 annual sales for the first time since 2004, when 311 homes were sold. However, for that to happen, there will have to be more listings. So far this year, there has actually been 11 fewer homes listed than 2012. Given that inventory is near record lows, with only 14 unsold homes at the end of March 2012, the rate of sales activity is likely to slow at some point in the near future.

Below is a selection of recent Burlingame real estate sales, sorted by area of Burlingame.

As you can see, most homes continue to be sell very fast; of the 20 homes below, 16 were on the market for less than two weeks. Three others sold in about three to four weeks (which is normally considered quite fast) and one lingered on the market for about six months. Prospective buyers clearly have to act quickly or they will miss out on most homes. 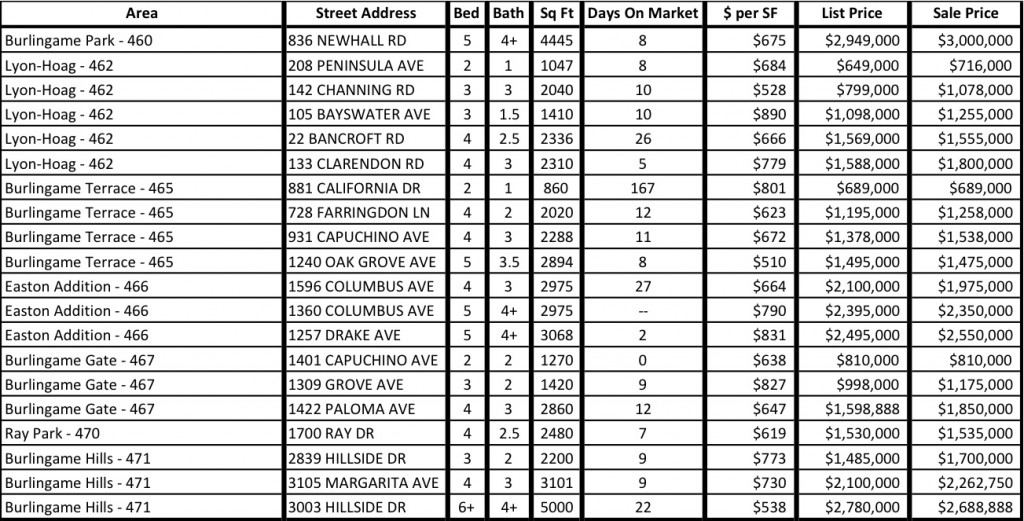