Prices reached some milestones in Foster City in the most recent month. While a single month's values are not always indicative of a trend, in this case they provide an anecdote that matches the bigger picture. Here are some highlights for the Foster City real estate market as of September 2013 (everything is compared to data going back to the mid 2000s). The chart below shows the 12 month moving average (to smooth out month-to-month fluctuations) in the average price, median price and average price per square foot. Prices have been rising since mid-2012. Given the recent sustained price increases, the levels shown in the chart for September 2012 are a bit understated. Over the past year, prices have risen by about 20%. Since reaching bottom in mid 2012, prices are up closer to 25%. 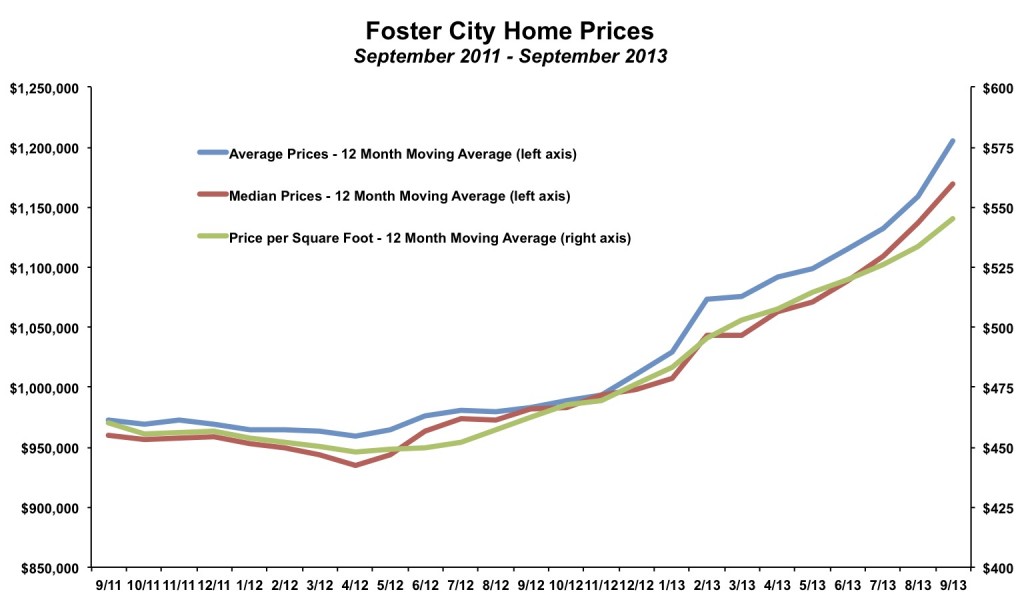 Homes are not staying on the market for long in Foster City. Almost every listing is selling and the average sold home spends just 17 days on the market. What this means in practice is that a majority of homes are selling in less than two weeks (which equates to 1, maybe 2 open houses) and a handful are mis-priced or unique and often take a month or more to sale. For the majority selling in less than two weeks, and often in just a few days, buyers need to act quickly and decisively.

By The Numbers - Foster City Real Estate for 2013